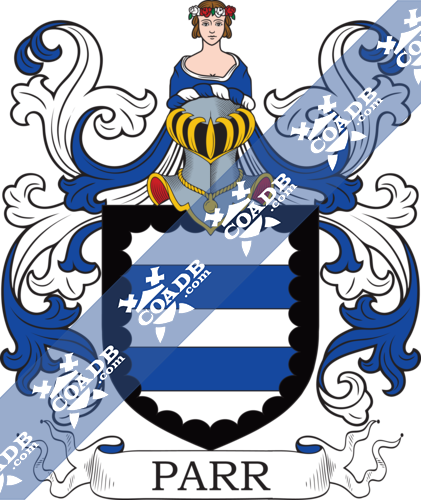 Parr Surname Name Meaning, Origin, History, & Etymology
This Anglo-Saxon last name has four origin theories or meanings. First, it is a locational name meaning “of Parr”, which was a township in the parish of Prescot, or the manor of Parr, county Lancashire. Second, it is a baptismal/patronymic meaning the “son of Peter”, the old biblical name, from the French variant Pierre, which was varied to the personal (first) masculine given name Parr in England. Third, it may be a locational name, deriving from the Old English word pearr, meaning dweller at the enclosure, denoting a person who lived in or near such a place. Fourth, it may be a locational name deriving from the Middle Low German word pare, meaning parish, district, foundling, or minister’s house, or perhaps a metonymic occupational name for a parson ( a cleric, priest, vicar, reverend, or preacher)  or someone who was employed in a personage or manser (similar to the German surname Pfarr).

Spelling Variations
Some spelling variants or names with similar etymologies include Parre, Par, Perye, Parye, Perre, and others.

Popularity & Geographic Distribution
The last name Parr ranks 2,057th in popularity in the United Status as of the 2000 Census. The name ranks particularly high in the following four states: Nebraska, Oregon, Wisconsin, and Indiana.

The 1890 book Homes of Family Names by H.B. Guppy, states the following in regard to this surname: “Parr was a common name in Leverton between 1600 and 1650”.

Parr of Killiechronan
This is a branch of the Parr family tree that claims descent or ancestry from the ancient Lancashire family of Parr. In the early 1500s AD, this family possessed freehold property at Rainford in the area of St. Helen’s. Edward Parr likely was engaged in a lawsuit respecting the title to a messuage called “Heystein Hall in Rayneforde” during the 31st year of the reign of King Henry VIII of England. From him descended John Parr, gentleman of Rainforde, who married a daughter of Roger Hesketh of North Meols, and had issue with her, including John, Edward (had a son named John Parr who moved to Liverpool and became a promiment merchant there, marrying Jane Horton of Chafferton, having a son also named John, who married Anne Wolstenholme), and Roger. His youngest son, Roger, married Hannah, daughter and heir of Joseph Jackson, Esquire of Liverpool, and had a son with her named Joseph. This Joseph Parr was of Fir Grove in West Derby, and in 1780, married Ellen, daughter of Matthew Lyon of Warrington. He had four daughters and two sons: Ellen, Harriet (married James Henry Clough of Plas Clough in Wales), Harriet Ellen (married John Ellis), Isabella (married William Ripley), Joseph (of Fir Grove), and Thomas. The second son, Thomas Parr, Esq. of Grappenhall, a Justice of the Peace and Deputy Lieutenant who was born in 1792. In 1825, he first married Clare, third daughter of Reverend Croxton Johnson, Rector of Wilmslow, with whom he had a daughter named Clara Ellen (married Charles Jeffreys of Glandiffi Castle in Montgomery, Wales). He secondly married Alicia, daughter of Philip Charlton of Wytheford Hall, and had eight issue with her as follows: Thomas Philip (of Ashton Hayes), Frederick (an officer of army, died in the Crimean War), Joseph Charlton (of Grappenhall Hayes, Warrington, county Chester, England, Justice of the Peace, married Jessie Maria Kaye, had son named Roger Charlton), Chiverton Bertie, Raymond William, Henry Bingham, Cecil Francis, and Alicia Jane (married Edward Townshend of Wincham Hall). He died in 1870. His son Thomas Philip Parr, Esquire of Killiechronan, county Argyll, was a Captain of the Royal Scots Greys, born in 1834, who in 1866, married Agnes, daughter of Major George Darby Griffith. The Parr Coat of Arms (sometimes erroneously called the Parr Family Crest) is blazoned in heraldry as follows: Argent, two bars azure a bordure engrailed sable. Crest: A female’s head couped below the shoulders vested azure, on her head an antique crown or. Motto: Faire sans dire.

Robert Parr was born in 1640 AD. He married Miss Allaman and had a son with her named Philip. He died in colonial Virginia in 1700. His son Philip Parr was born in Essex, Virginia, America in 1662. He married Judith Allaman and had a daughter with her named Mary. Mary was born before 1695 in the same county and she married Charles Breedlove Sr., having numerous issue with her: William, Nathaniel, Allaman, Phillip, Kindness (Shorter), James, Hester (Tribble), Mary (Trible), Robert, and Thomas.

James Parr was born in Lancaster England in 1680. He married Elizabeth Docking and had four children with her: Richard William, Samuel, William, and Mary. He went to colonial America, dying in Somerset, Pennsylvania in 1740. His son Richard W. was born in England in 1772. He went to Pennsylvania with his father and married a woman named Judith, having the following issue: Judith (Crooks), Thomas, William, and John. His son Samuel B. Parr was born in Union Township, PA in 1758. He married Sarah Leonard and had the following issue with her prior to his 1844 death in Ohio: Richard Samuel, John, Margaret (Elliot), Catherine, Hannah, Sarah, Elizabeth, Samuel, Leonard, and William Smith. His son William Smith Parr was born in Fayette, Pennsylvania in 1800 and he married a woman named Elizabeth, having had the following issue with her prior to his 1874 death in Iowa: Susan (Doolittle), Nancy (Trigg), William Alvah, Alvah, John, and Martha Jane (Houck).

In Canada, some of the earliest bearers were William and Harriet Parr, United Empire Loyalists (Americans who went to Canada and remained loyal to the British Crown during the American Revolution), who settled in New Brunswick around 1784. In Australia, one of the earliest settlers bearing this name was Chapman Barr, who came aboard the Hooghly in 1839, settling in Adelaide. In New Zealand, a family of this name (Thomas, Jane, Thomas, and Edward Parr) came to the city of Auckland aboard the Westminster in 1843.

Mottoes
I have identified two Parr family mottoes:
1) Amour avec loyaulté (Love with loyalty) (of Kendall)
2) Faire sans dire (To do without saying) 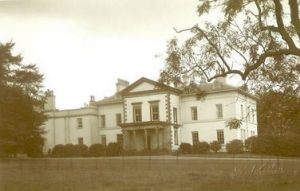 Grantees
We have 12 coats of arms for the Parr surname depicted here. These 12 blazons are from Bernard Burke’s book The General Armory of England, Ireland, and Scotland, which was published in 1848. The bottom of this page contains the blazons, and in many instances contains some historical, geographical, and genealogical about where coat of arms was found and who bore it. People with this last name that bore an Parr Coat of Arms (or mistakenly called the Parr Family Crest)
1) Parr of Hatton, county Warwickshire, the two daughters of Samuel Parr, D.D., Prebandary of St. Paul’s, 1827
2) J. Charlton Parr of Grappenhall, Heyes, county Chester and Staunton Park, county Hereford, England, 1896.

Notables
There are hundreds of notable people with the Parr surname. This page will mention a handful. Famous people with this last name include: 1) Archer “Archie” Parr (1860-1942) who was a Texas rancher and politician born in Matagorda Island who was a Democratic Party political boss nicknamed “the Duke of Duval County” who served for nearly 20 years in the Texas State Senate, 2) Catherine (or Katherine) Parr, the Queen of England and Ireland from 1543-1547, the last wife of King Henry VIII, born in Blackfriars, London, 3) Charlie Parr (1967) who is an American country blues musician born in Duluth, Minnesota, 4) Jerry S. Parr (1930-2015) who was a Secret Service agent that protected President Ronald Regan on the day of his assignation attempt in 1981, born in Montgomery, Alabama, 5) Private John Henry Parr (1897-1914) who was the first British soldier killed by the enemy in World War I, born in Church End, England, 6) John Parr (1725-1791) who was a British military officer born in Dublin, Ireland who served as the governor of Nova Scotia, 7) Samuel Wilson Parr (1857-1931) who was an American Chemist born in Granville, Illinois who was the president of the American Chemical Society in 1928, and was associated with Illinois Industrial University, Knox College, and Cornell University, 8) Martin Willoughby Parr (1892-1985) who was the British governor of the province of Equatoria in Anglo-Egyptian Sudan, 9) John Wayne Parr (1976) who is an Australian kick boxer and boxer known as “The Gunslinger” who was a 10-time World Champion, and 10) Lawrence “Larry” Parr (1946-2011) who was an chess player and author born in Bothwell, Washington. 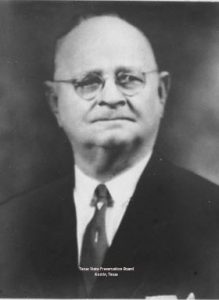 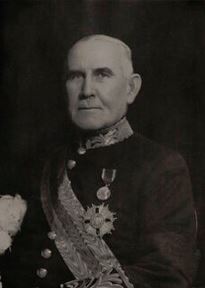 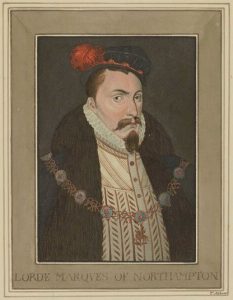 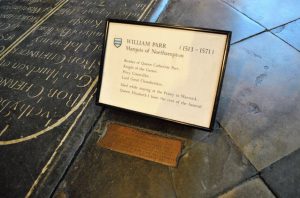 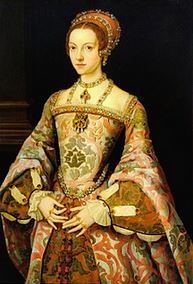 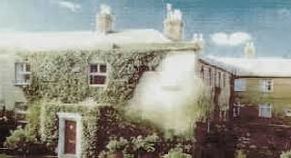 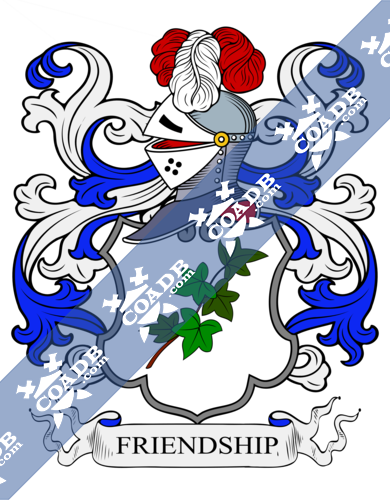 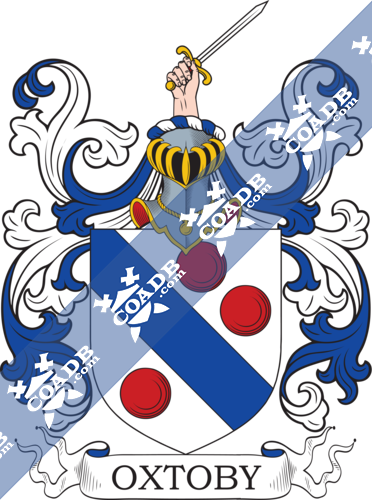