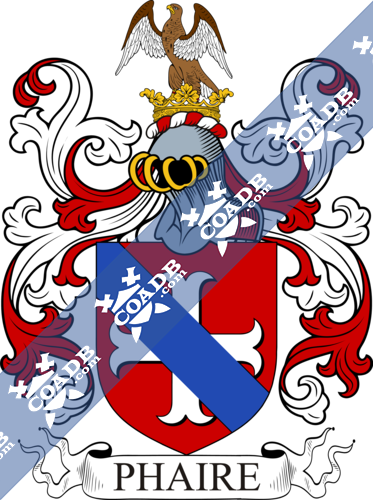 1) (Killoughram, co. Wexford; descended from Colonel Robert Phaire, of the Grange, co. Cork, governor of the city of Cork under Oliver Cromwell, to whom, and Col. Francis Hacker, and Col. Hunkes, the Regicides directed their warrant for the murder of Charles I.). Gu. a cross moline ar. surmounted of a bend az. Crest—Out of a ducal coronet or, a falcon rising ppr.
2) (granted to Sir Arthur Purves Phayre, K.C.S.I., C.B., late Chief Commissioner in British Burmah, second son of Richard Phare, Esq., H.E.I.C.S.). Gu. a cross moline ar. surmounted of a bend az. in the sinister chief point an Eastern crown or, all within a bordure of the last. Crest—A dove ppr. gorged with an Eastern crown or, in the beak an olive branch vert. Motto—Virtute tutus. 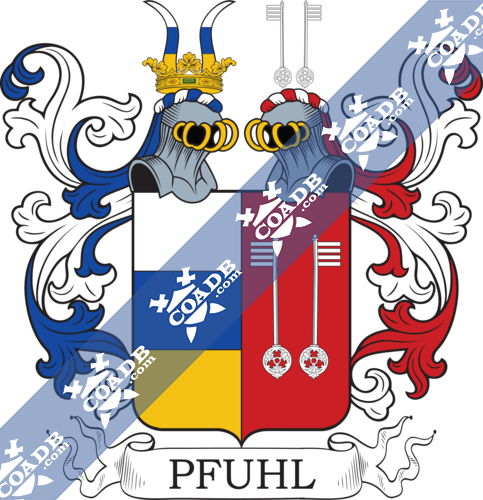 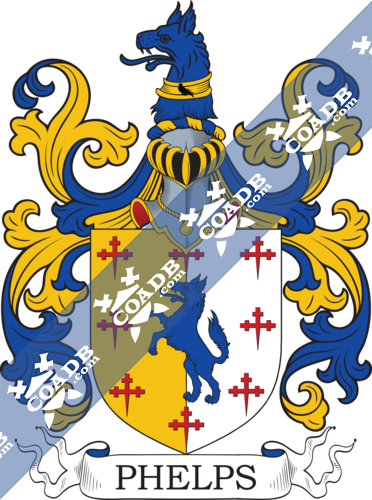