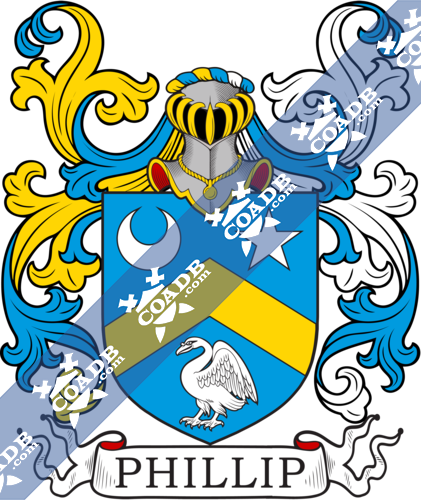 Origins of Phillip:
Listed in over one hundred spellings ranging from Philip, Phillip, Filio, Filip, to Filippeli, Filipichov, Phelineux and Khilkov, and appeared in the relevant spellings all over Europe from Spain to the Russian Steppes, this famous surname is of old Greek origins.  It acquires from the word ‘philippos’, a compound made up of two components ‘philein’ meaning ‘to love’, and ‘hippos’, a horse, hence ‘ lover of horses’.  In the great Christian meeting period of the 11th and 12th centuries, a large number of expeditions were launched to ‘free’ the Holy Land and specifically Jerusalem, from the control of the ‘infidel Muslims’.  These teams were lead by the kings of the different participating Christian countries, the most famous being Richard, Coeur de Leon, King of England 1189 – 1199.  Soldiers returning from these ‘Crusades’ took to naming their children after biblical characters or ones associated with Christianity.  In this example, the association shows to be more romantic than actual, since the most famous ‘Philip’ of old times was the father of Alexander, the Great, whose activities were barely Christian.  Even though all Crusader expeditions were ultimately unsuccessful, the biblical names largely replaced the earlier (often) pagan names all over the Europe and formed the root of many new surnames, such as this one.  Early examples of the surname record taken from authentic early European registers include as Wernherus Philippi of Worms in Germany in 1274, and in England in the following year Henry Philip, in the famous charters known as ‘The Hundred Rolls’ for the division of Norfolk.  Throughout the centuries, surnames in every country have continued to “develop” often leading to astonishing variants of the original spelling.

England:
The surname Phillip first appeared in Normandy (French: Normandie), the old Duchy of Normandy, where they held a family seat as an aristocratic family at Marigny.  Conjecturally, this family may be declined from Phillip, the Count of Namur, but there have been many Kings of this name including Philip I, King of France, King Philip Augustus, Philip the Bold, Philip of Valois, or Philip of France, Duke of Burgundy, and many saints, priests, Dukes, and other nobility and place names. 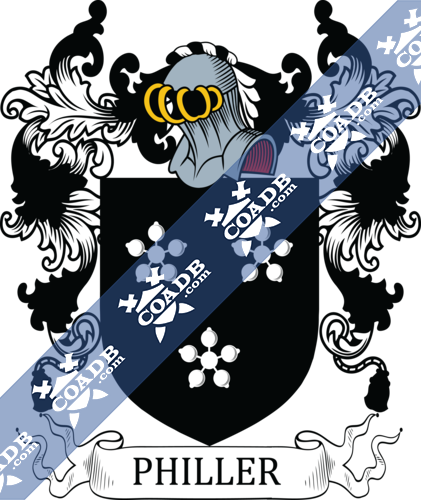 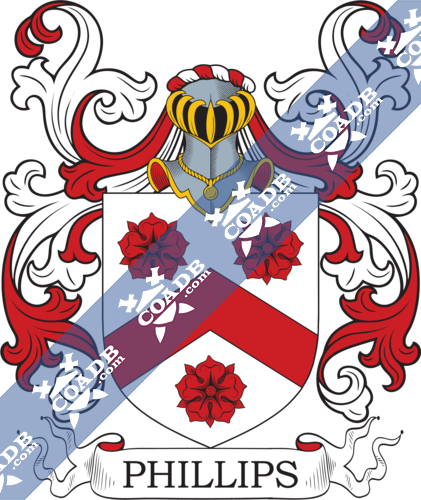