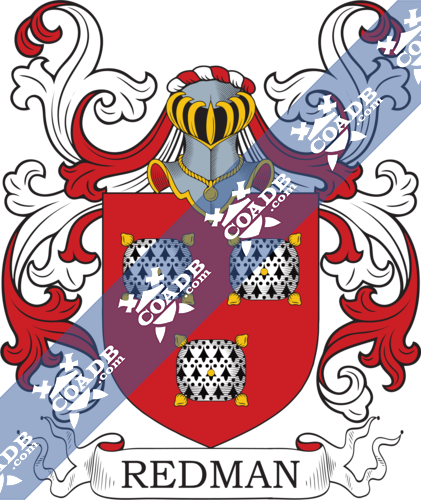 Surname Name Meaning & Origin
This surname has two origins. First, it is a baptismal name meaning “the son of Redmond”, which many times was corrupted into Redman, in the same manner that Wyman derived from Wymond and Mayman derived from Maymond. Seocnd, it is a of local origin meaning “of Redmain”, which is a township in the parish of Isell, in county Cumberland.

The name is often found in Westmoreland and Cumberland, and from the 1300s to the 1500s AD, several of the Redman family members were sheriffs of those counties (ex. Redman of Redman was sheriff in Cumberland during the reign of King Richard II of England). Additionally, between 1649-1760 AD, six mayors of the city of Kendal bore the surname. In his book, Homes of Family Names, H.B. Guppy writes “The Redmans and Redmaynes of the West Riding, and the Readmans of the North and East Ridings, who are referred to under those regions, evidently hailed originally from the ancient Cumberland family”. During the 1600s AD, the Redmaynes were a knightly family of Thornton-in-Lonsdale in West Riding.

Another source states the surname was first documented in County Wexford (founded as Waesjford by Vikings) in the Irish province of Leinster. The first person to bear the surname was Alexander Redmond who was related to the Earl of Pembroke whom he accompanied to Ireland in 1770 AD.

Early Bearers of the Surname
Early bearers of this last name include 1) Norman de Redman, recorded during the reign of King Henry II of England in the History of Westmoreland and Cumberland, 2) Matthew de Redman, recorded from the aforementioned source, 3) Thomas de Redeman, from the same source, recorded during the reign of King Edward III, 4) Mathew de Redeman in county Lancaster recordedrecorded in the Testa de Neville, sive Liber Feodorum, 5) Henry de Rydeman recorded in county Westmoreland in the Placita de Quo Warranto. Others include Robert Redman who was documented in the Hundred Rolls in Essex in 1274 AD and John Redman recorded in the Hundred Rolls of Hampshire in 1275 AD. Later bearers of the name include John Redman or Redmond, recorded in 1537 in the Register of the University of Oxford.

Mottoes
The family motto for Redmond is pie vivere, et Deum et patriam diligere, which means “to live piously, and to love both God and out country”.

Notables
Famous people with this last name include: 1) Reginald Redman (1892-1972) an English composer and conductor, 2) John Redman (1499-1551) who was the first Master of Trinity College at Cambridge, 3) John Redman (1722-1808), a physician who was the first president of the College of Physicians in Philadelphia, and 4) Lawrence V. Redman (1880-1946) who was a Canadian chemist who helped pioneer the applications of plastics. 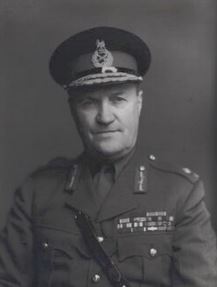 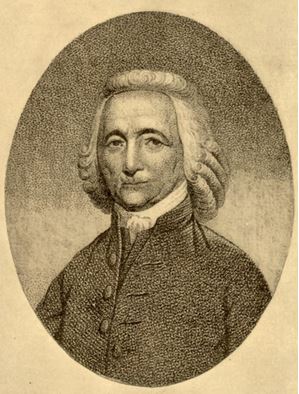 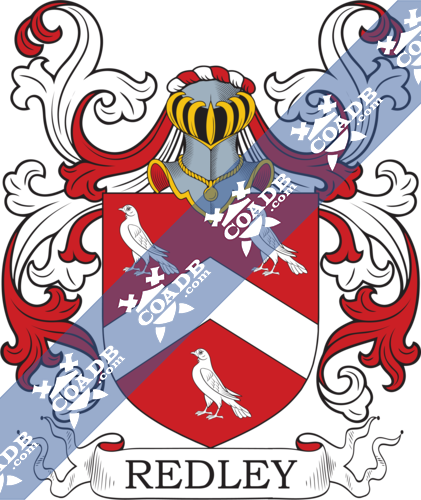 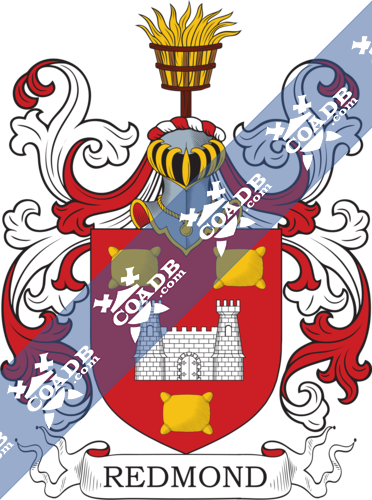