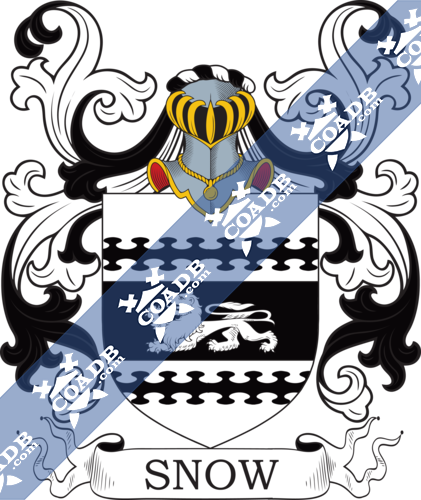 Snow Surname Name Meaning, Origin, History, & Etymology
This English and Anglo-Saxon last name originated as a nickname for a person who had a very pale complexion or very white/blonde hair, from the Old English word snaw, meaning snow. In this theory, it may refers to the Viking, Norse, or Scandinavian folks that ended up establishing roots in England during medieval times. In some cases, it can also be an Americanized and shortened form of the German/Jewish surnames Schnei, Schnee, and Schneu. Others believe it means “the son of Snow”, similar to the last names Winter and Frost, which represents seasons, and was the name given to a child born in the snow. Others suggest the name derives from an old, perhaps mythical King of Denmark named Snow, and Snaer is a personification of snow in Norse mythology. Others mention is may be from the Dutch word snoo or Dano-Norwegian word snu, meaning cunning, sly, and crafty, (and hence referred to a person with these character traits) although there doesn’t seem to be much momentum behind this theory. It is believed the family first established itself in Rutland, likely before the Norman Conquest of 1066 AD, where they held land and titles. Some spelling variants or names with similar etymologies include Snowe, Snaw, Snows, and Snew.

Popularity & Geographic Distribution
The last name Snow ranks 687th in popularity in the United Status as of the 2000 Census. The name ranks particularly high in the following four states: Utah, Maine, New Hampshire, and Vermont.

Early Bearers of the Surname
The earliest known bearer of this popular English surname was Richard Snow, who was documented in the Assize Court of Worchestershire in 1221 AD. The Feet Fines document one Robert Snow in county Suffolk in 1239 AD. The Hundred Rolls of 1273 AD, a census of Wales and England, known in Latin as Rotuli Hundredorum lists two bearers of this surname: Henry Snou (Buckinghamshire) and William Snow (Oxfordshire). The Close Rolls of 1285 list one Roger Snow. The Poll Tax of 1379 AD lists Willelmus Snawe and Richardus Snaw.  An early marriage involving this surname was Saban Snowe to James Jobson in 1569. 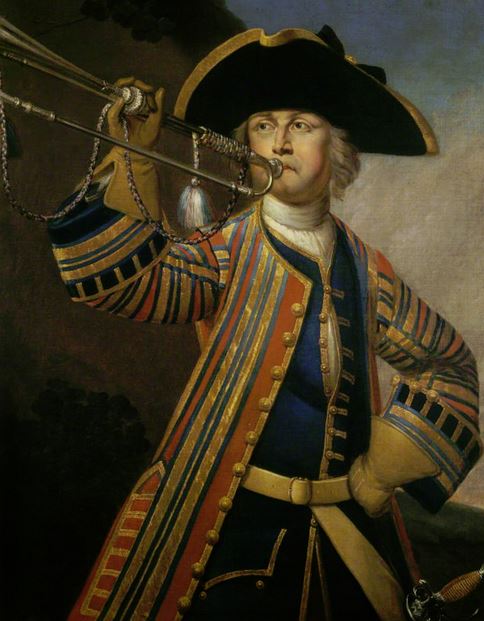 Nicholas’ five sons and their issue are discussed as follows:

5) Jabez Snow was born in Plymouth, MA in 1642 and he married Elizabeth (Smith) Merrick and had the following children with her: Jabez II, Edward, Sarah (Snow), Grace, Thomas, Deborah, Rachel, Mercy (Wetherell), and Elizabeth (Kendrick).

A one William Snowe was born in England around 1470. He had a daughter named Elizabeth who was born in Bishops Stortford in 1513. She married Thomas Jernegan and had a daughter with her named Bridget who married into the Miller family.

Major William Haviland Snowe was born in Bandon, County Cork, Ireland around 1758. He had a daughter named Mary Catherine Nash who was born in Bath, Somerset, England in 1813. She married James Kendall in 1838 and had sons named John and Haviland.

John Snowe was born in Wiveliscombe, Somerset, England around 1550. He was sent to Oxford and graduated from Hart Hall (Herford College). He had a son named Ralph. Ralph was born in Oxford, England in 1613.

Luke Snowe was born in England prior to 1585. He had two sons named Nicolas and Jeremiah. His son Nicholas Snowe was born in Tisbury, Wiltshire, England in 1608. He married Jane Shadbon and had a son with her named William. William Snow was born in St. Thomas Salisbury, Wiltshire in 1638. He had a son named Thomas. This son, Thomas Snow, Esq. was born in Marlborough, Wiltshire in 1682. He had 9 children with his wife Anne Jarman: William, Thomas, John, George, Thomas, Robert, Henry, Thomas Jr., and William. His son Robert Snow Esq. as born in Mill Hill, Hendon, Middlesex. He married Valentina Paul and had seven issue: Thomas, George, Valentina, Valentina, Anne, Robert, and Frances. His son George Snow Esq. was born in Hendon, Middlesex in 1745. He married twice: Elizabeth Paul and later Elizabeth Woodcock. He had several issue, including Robert Paul and Thomas. His son Reverend Thomas Snow was born in Langton Lodge, Blandford, Dorset, England in 1785. He married Maynard-Eliza D’Oyly and had six children with her: Reverend George, Harriett Maynard, General Thomas Tochfort, Eliza, Charles Hastings, and Isabella Maud.

In Canada, one of the first settlers bearing this last name was John Snow (and his sons) who lived in Harbour Grace, Newfoundland and held lands there since before 1675. In Australia, one of the first bearers was James Snow, a convict from Somerset, who came to Van Diemen’s Land (present day Tasmania) aboard the Argyle in 1831. In 1847, another James Snow came to Adelaide aboard the Aboukir. In New Zealand, a family bearing this name came to Nelson in 1842 aboard the London. It included William Snow, a farmer by trade, age 28, and his wife Mary who was about a decade older. They also brought children with them including William, Emma, and Edwin.

Grantees
We have 5 coats of arms for the Snow surname depicted here. These 5 blazons are from Bernard Burke’s book The General Armory of England, Ireland, and Scotland, which was published in 1848. The bottom of this page contains the blazons, and in many instances contains some historical, geographical, and genealogical about where coat of arms was found and who bore it. People with this last name that bore an Snow Coat of Arms (or mistakenly called the Snow Family Crest)
1) Richard Snowe of Chicksand, Bedfordshire, England, 15 February 1515-16 by Hawley

Notables
There are hundreds of notable people with the Snow surname. This page will mention a handful. Famous people with this last name include: 1) Brittany Anne Snow (1986) who is an American actress born in Tampa, Florida, best known for her roles in films such as John Tucker Must Die, Prom Night, The Vicious King, and the Pitch Perfect franchise, 2) Charles Percy Snow (1905-1980), Baron Snow, was an English chemist, British Civil Servant, politician and novelist born in Leicester, 3) Peter Trafton Snowe (1943-1973) was a businessman and politician who served in the Maine House of Representatives from 1967-1973, 4) Olympia Snow (1947), born as Olympia Jean Bouchles, is an American politician, wife of the aforementioned Peter Trafton Snow, who served as the US Senator from Maine from 1995-2013, and also was previously in the US House of Representatives from 1979-1995, and in the Maine State Senate from 1977 to 1979, 5) Valaida Snow (1904-1956) who was an African-American jazz musician and entertainer born in Chattanooga, Tennessee, 6) William Pennell Snow (1907-1986) who was a U.S. Ambassador to Burma and later Paraguay, as well as Vice Consul in Paris, having been born in Bangor, Maine, 7) Robert Anthony “Tony” Snow (1955-2008) who was an American journalist, news anchor, political pundit, columnist, radio host, and White House Press Secretary under the George W. Bush administration from 2006-2007, born in Berea, Kentucky, 8) Lieutenant General Sir Thomas D’Oyly Snow (1858-1940) who was a British Army officer born in Newton Valence, Hampshire, England who served in World War I, the Mahdist War, and Zulu War, 9) John William Snow (1939) who was the 73rd United States Secretary of the Treasury from 2003-2006 who was formerly the CEO of CSX Corporation, born in Toledo, Ohio, and 10) John Snow (1813-1858) who was an English doctor and pioneer in the fields of anesthesia and hygiene who was born in York, UK, whose findings had a positive impact on the water and waste systems of the city of London, which then spread to other cities throughout the world. 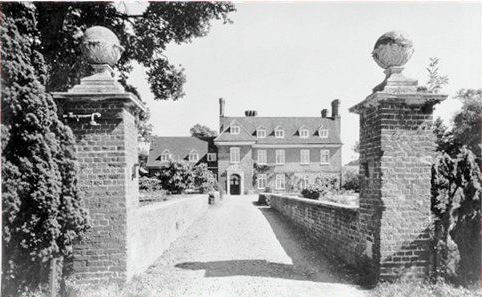 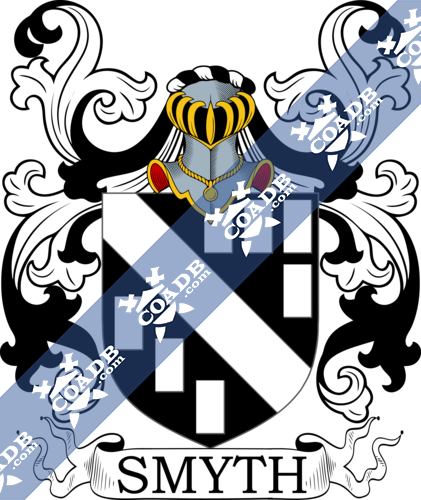 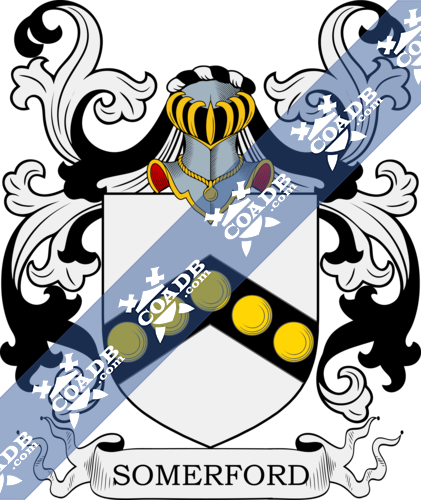