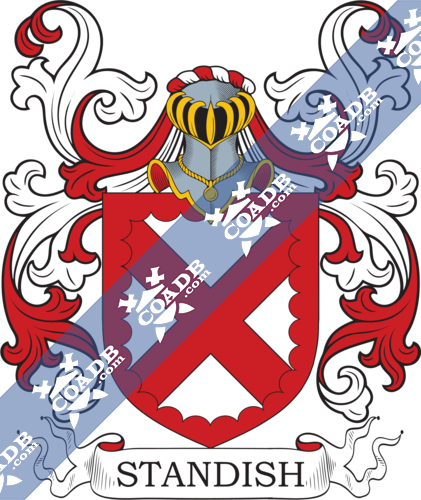 1) (Standish, co. Lancaster; descended from Thurston de Standish, living 6 Henry III., who inherited lands in Shevington, from his mother, Margaret de Standish, dau. and co-heiress of Robert de Hulton. The present representative of this ancient house is Charles Strickland Lionel Widdington Standish, Esq., of Standish, grandson of Thomas Strickland, Esq., of Sizergh, co. Westmoreland, who took the name and arms of Standish on inheriting the Standish estates). (Scaleby Castle, co. Cumberland). Sa. three standing dishes ar. Crest—An owl with a rat in its talons ppr.
2) (Duxbury, co. Lancaster, bart., extinct 1812; descended from Hugh Standish, living 34 Edward I., second son of Ralph Standish, and grandson of Thurston de Standish, living 6 Henry III. The representative of the family, Sir Richard Standish, Bart., of Duxbury, was so created 1677, but the title expired with his great-grandson, Sir Frank Standish, third bart., d. s. p., when the estates devolved on his cousin, Frank Hall, Esq., great-grandson of Sir Thomas Standish, second bart., through his dau. Margaret, who m. for her second husband Anthony Hall. Esq., of Flass, and d. 1776. Mr. Hall assumed, on inheriting, the name and arms of Standish, but d. s.p. in 1841, and was s. by his cousin, William Standish Carr, Esq., of Cocken Hall, co. Durham, grandson of the Rev. Ralph Carr, M.A., Rector of Alderleigh, co. Chester, by Anne, his wife, dau. of Anthony Hall, Esq., of Flass, and Margaret, his wife, dau. of Sir Thomas Standish, second bart. of Duxbury. Mr. Carr assumed by sign manual, 6 May, 1841, the surname and arras of Standish only). Same Arms. Crest—A cock ar. combed and wattled gu.
3) Ar. a saltire gu. a border engr. of the last. 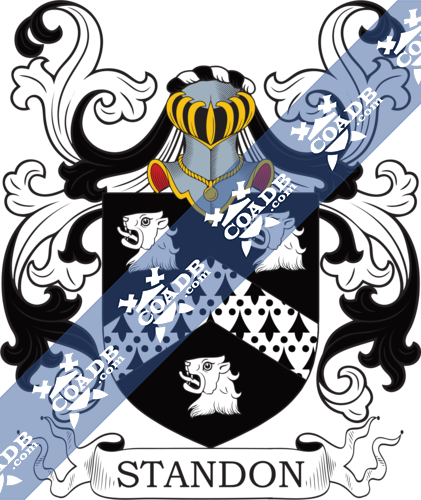 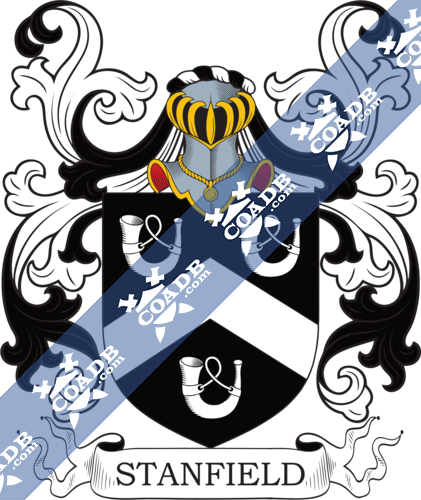