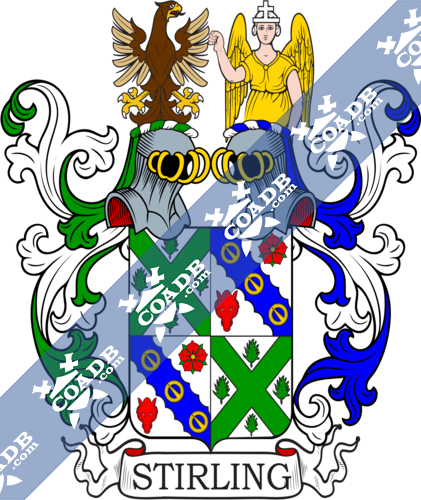 Stirling is one of the oldest names of Scotland. Translated into English from the evolved name, it means A Place of Strife. The name comes from the time when the Pictish people ruled over the southern half of Scotland, which then melded with an overlay from Norse invaders who were in turn supplanted by the Gaelic (Scottish) language The Scots Gaelic word Stirila, is the earliest version of the name. It is also the place-name of the Town of Stirling. The family name originally spelled Stryvelin, the founder of the family is widely accepted to be one Sir Walter de Stryvelin, who bore witness to King David I’s son Henry’s birth, in the 12th century. This is the first record of the family.

The Stirling family have been pivotal in the history of the kingdom of Scotland. The Battle of Bannockburn was fought within sight of Stirling Castle in 1314. This was a pivotal battle for Scottish independence. The English had occupied Stirling Castle, which sits atop a massif and has sheer vertical approaches on three sides, and it has historically controlled the lowest or southernmost crossing of the river Forth.

The English commander of Stirling Castle, while under a flag of parley, had agreed to surrender Stirling Castle to the Scottish forces of Robert the Bruce, if he and his garrison were not relived by the 24th of June 1314. On the 23rd of June the English under Edward II attempted to relieve the garrison, when they were attacked by a smaller force of Scottish Knights, and soldiers as they (The English) crossed Stirling bridge.

The English forces found themselves in marshy ground and were unable to deploy their mounted knights, nor were their archers effective, because English and Scottish forces had become intermingled. The battle of Bannockburn lasted for two days. At the end of the battle, Edward II and his army was severely beaten. Edward II fled the battle and attempted to seek shelter in Stirling castle only to be turned away by its commander, as he had given his word, to Edward Bruce, the brother of Robert the Bruce to hand over the castle to the Scottish forces. Bannockburn signaled the end of the first Scottish war for independence, and sowed the seeds for the second war of independence.

In 1333 an English army with Edward Balliol the Scottish claimant to the throne invaded Scotland with men who had, had their lands and titles stripped from them by the Bruce. Robert had died in 1329 and King David II was five years old. Sir John de Stryvelin the then heir of Clan Stirling fell at the battle of Halidon Hill. The battle was seen by the English as redemption of their martial prowess after the disastrous defeat at Bannockburn. Because Edward Balliol gave back all of the lands and titles to his followers they had lost, it spawned a third war for independence. King David II had been in exile in France came back as a young man, who rallied those loyal to his family, and was able to defeat Balliol. The Stirling family helped in his efforts to retake the throne.

After the third war for Scottish independence ended, a flowering of the Stirling family happened; because of their prominence in political and military affairs of the time, what was to become Clan Stirling (lowland family) rose in ascendancy. At one time they were appointed as the Royal Seneschals (person in charge of a manor or castle.) for castle Dunbarton, traditional home of Clan Fraser, and the county of Dunbartonshire they were appointed as Sheriff, ( A Sheriff is an official appointment in the medieval era which combined judicial services, writs and orders, security services, and the collection of taxes for an entire region. It was considered a very high appointment, and carried a great deal of responsibility.)

The family has served every Scottish monarch from Bruce except Balliol, to the time of the Unification of Scotland and England under King James VI who had inherited both the Scottish and English crown. The English throne came by way of James VI being the closest male heir to his cousin Queen Elizabeth II. 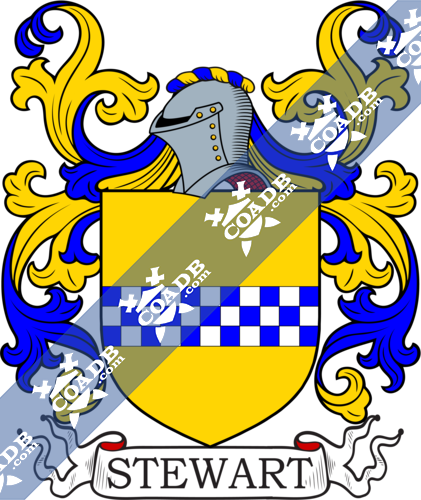 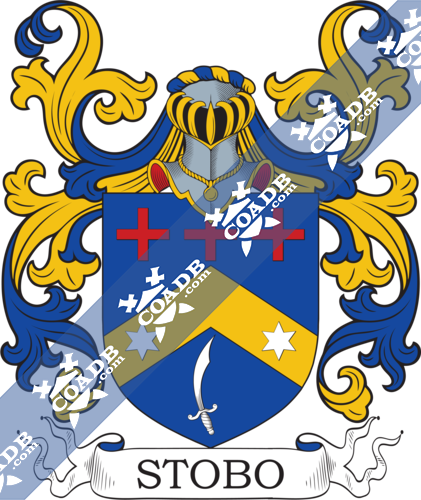