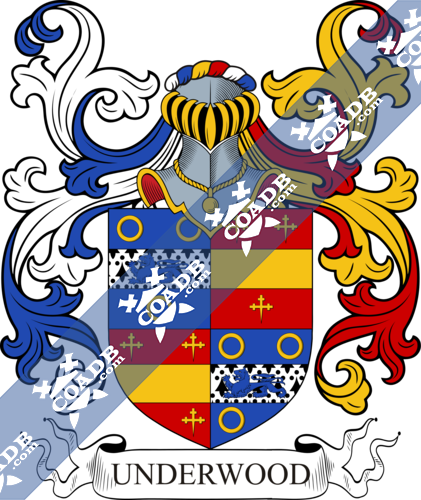 Underwood Surname Name Meaning, Origin, History, & Etymology
This is a locational, habitational, and/or topographic surname denoting a person who lived in or was from a locality that was “of the under wood”, a place at the foot or beginning of the woods or forest in medieval times and the Middles Ages in England and Scotland. .In England, there were places named Underwood in Nottinghamshire and Derbyshire. In Scotland, there were places so named in the parish of Symington and Ayrshire. It derives from the Old English word wuda, meaning wood and the word under, meaning below or under, and hence translated to “below the trees of a forest”.

Spelling Variations
Some spelling variants or names with similar etymologies include Underwoood, Uunderwood, and a handful of others.

Popularity & Geographic Distribution
The last name Underwood ranks 535th in popularity in the United Status as of the 2000 Census. The name ranks particularly high in the following four states: Tennessee, Alabama, Oklahoma, and West Virginia. The surname Underwood frequency/commonness ranks as follows in the British Isles: England (612th), Scotland (1,321st), Wales (561st), Ireland (3,961st) and Northern Ireland (4,384th). In England, it ranks highest in counties Northamptonshire and Leicestershire. In Scotland, the surname ranks highest in Dumfriesshire. In Wales, it ranks highest in Pembrokeshire. In Ireland, it ranks highest in counties Kildare and Sligo. In Northern Ireland, it ranks highest in county Antrim. The name is also present throughout the remainder English speaking world:  Canada (2,417th), New Zealand (), Australia (914th), and South Africa (5,624th).  The 1890 book Homes of Family Names by H.B. Guppy, states the following in regard to this surname: “Northamptonshire is at present the principal home of the Underwoods. Mr. Underwood of Higham, attorney, owned a manor in Irtlingborough last century. Richard Underwoode was the incumbent of Barton Segrave in the reign of Henry VI. (Wh.). The name also occurs in the neighbouring counties of Beds and Bucks. In the 13th century Underwod or Underwode was a common name, being mostly found in Oxfordshire, Hunts, Cambridgeshire, Essex, Suffolk, Lincolnshire, etc. (H. R.). There is a Derbyshire township thus called”.

Early Bearers of the Surname
The first bearers known to history was William de Underwode who was documented as living in Bury St. Edmunds, Suffolk, England in 1188 AD. William Underwude is listed in the Assize Court Rolls of 1219 AD. Robert Underwode was recorded in the Close Rolls in 1248 AD. The Hundred Rolls of 1273 AD, a census of Wales and England, known in Latin as Rotuli Hundredorum lists three bearers of this surname: John Underwode (Oxfordshire), Hugh (Cambridgeshire), and Alexander de Sub-bosco (the latinized version) (Cambridgeshire). William under the Wode was recorded in the Subsiby Rolls of Staffordshire, England in 1332 AD. The Poll Tax of Howdenshire in 1379 AD lists one bearer of this last name: Robertus Undrewode. A one John Undirwode was recorded in Prestwick, Scotland in 1470 AD. An early marriage involving this surname was Benjamin Underwood to Margrett Buxton at St. Dionis Backchurch.

The Dukedom of Inverness was a title in the Jacobite Peerage of Great Britain that was held by John Hay of Cromlix. Lady Cecilia Underwood (1785-1873) who was the 1st Duchess of Inverness married Price Augustus Frederick, Duke of Sussex, son of King George III. 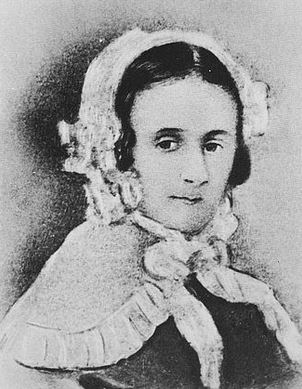 In Canada, John Underwood came to Shediac, New Brunswick from Newport, Rhode Island in 1783 who was born in 1747. He was a United Empire Loyalist (a person from America who remained loyal to the British Crown during the American Revolution). In Australia, one of the first bearers with last name was Michael Underwood who came to Adelaide aboard the Orleana in 1840. In New Zealand, one of the earliest bearers of this surname was Thomas Underwood, who came to Wellington in 1841 aboard the Mandarin.

Crozier’s General Armory (1904) contains one entry for this name:
1) Honorable J.W.H. Underwood of Georgia, Cleveland, White County. He bore the arms of William Cantrill of Jamestown, Virginia. Argent, a pelican in her piety, in her nest sable. Perhaps the same crest as well? Crest: A tower argent, port sable.

*Johann Wolfgang Goethe quote: You must either conquer and rule or serve and lose, suffer or triumph, be the anvil or the hammer

Grantees
We have 6 coats of arms for the Underwood surname depicted here. These 6 blazons are from Bernard Burke’s book The General Armory of England, Scotland, Ireland, and Wales, which was published in 1848. The bottom of this page contains the blazons, and in many instances contains some historical, geographical, and genealogical about where coat of arms was found and who bore it. People with this last name that bore an Underwood Coat of Arms (or mistakenly called the Underwood Family Crest) include: Cecilia Lititia Underwood, widow of Mr. Buggin, bore arms of Underwood quarterly with Gore, 15 March 1831. 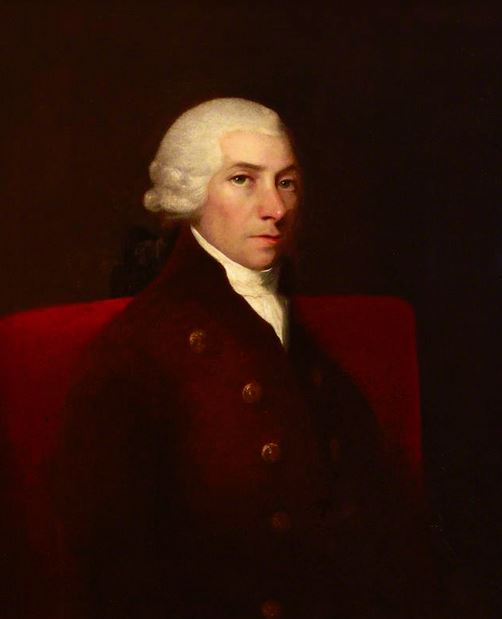 Notables
There are hundreds of notable people with the Underwood surname. This page will mention a handful. Famous people with this last name include: 1) Carrie Marie Underwood (1983) who is an American singer, songwriter, and actress from Muskogee, Oklahoma who is known for her country music hits and three Grammy Awards, 2) Cecil Harland Underwood (1922-2008) who was the 25th and 233rd Governor of West Virginia from 1957-61 and 1997-2001, 3) Edmund Underwood (1828-1863) who was a soldier who fought in the Mexican American War and was later an officer in the U.S. Army, serving in the American Civil War, born in Pennsylvania, 4) Edmund Beardsley Underwood (1853-1928) who was a Commodore in the US Navy, son of the previously mentioned Edmund, born in Humboldt Bay, California, also serving as the Acting Governor of America Samoa from 1903 to 1905, 5) Elizabeth Underwood (1794-1858) who was a pioneering land owner who founded the town of Ashfield, New South Wales, Australia, who came from England aboard the First Fleet (fleet of 11 ships that went from England to Australia to found a penal colony), 6) Captain Gordon Waite Underwood (1910-1978) who was a US Army Navy captain awarded the Navy Cross for his service in World War II, born in New York and raised in Portland, Oregon, 7) Henry Jones Underwood (1804-1852) who was an English architect born in Bristol who mainly worked in Oxford, mainly on churches, 8) Joseph Rogers Underwood (1791-1876) who was a judge and lawyer who was a member in the US House of Representatives from Kentucky from 1835-1843 and US Senator from Kentucky from 1847-1952, born in Goochland County, Virginia, 9) Robert Anacletus Underwood (1948) who was a delegate to the US House of Representatives from Guam from 1993-2003 and became president of the University of Guam in 2008, 10) Thomas Underwood (1863-1948) who was a building developer who was born in Asfordby, England who became the 13th Mayor of Calgary in 1902, and 11) Thomas Rust Underwood (1898-1956) who was a US Senator from Kentucky from 1951-1952, born in the city of Hopkinsville. 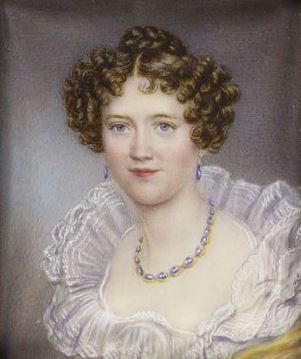 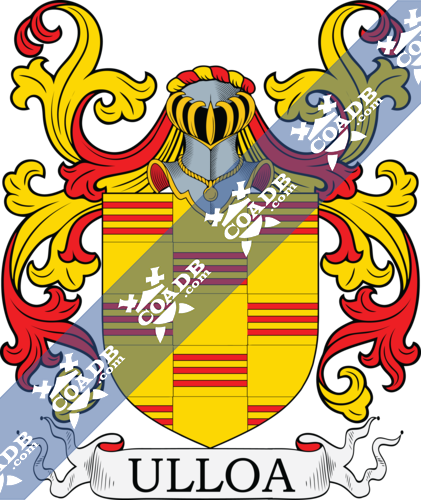 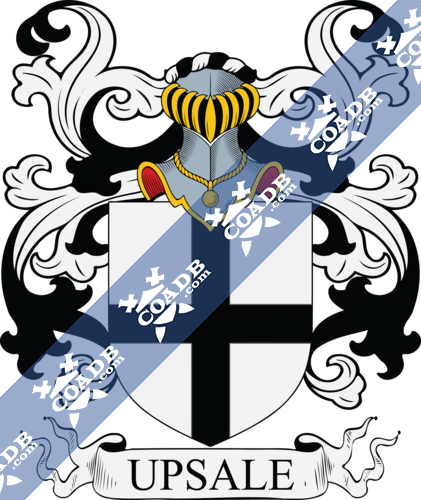