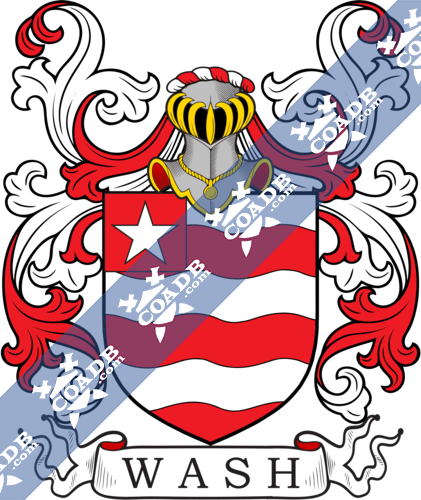 It is a fascinating surname of Norman origin and acquired from particular Norman name “Wazo”, possibly from a combined Germanic name with the first word “wod” to move. The specific name found as a nickname for an individual who had the determination to do something and always “on the force.” Tethion Filius boy of Wasso observed in the Olde English by names listed of Cornwall (about 1000), and “Wazo” and “Gazo” (beyond surname) recorded in the Domesday Book of the year 1086. The specialty of the name is borne away by the total character of surnames it created, which are in the range of Wase, Wace, Waison and Wass to Gaish, Gass, and Gaze. The surname was earlier listed in the end of12th century. For example, William listed in the Curia Regis Rolls of Cambridgeshire (1210), and William Wace listed in the Curia Regis Rolls of Oxfordshire (1220). Listing of surnames from London Church Registers consists of Robert Wash, who espoused Joan Estrich on November 18th, 1579 in St. Andrew from the Wardrobe, and Christopher Wash who married with Katherine Wood on August 1611 at St. Giles’, Cripplegate. The National Symbol rewarded to the Wash family Barry is of six silver and red, and on a red canton a silver mullet.

The surname Wash earlier appeared in Cornwall where they held a family seat. The name, derived from several forms, managed in Cornwall early the success, dating back to 1000 A.D, as Wasso, Wasce, Wazo, Gazo, Gasche, (the sound of all the words mostly the same). And in the latter two centuries, they proliferated with the south bank of England into Somerset, Hampshire, Essex, Cambridge and as long north as Lincolnshire. In the period of the taking of the Domesday Book in 1086, a census performed by Duke William of all his taxable Lands, the name was introduced by Robertus filius Wazonis, a classic version of the surname. The spelling of Gace is sounded Wace, just like Guilliam is William

The first recorded spelling of the family name is shown to be that of William Wase, which was dated 1194, in the “Curia Regis Rolls of Essex”. It was the reign of King Richard I, who was known as “Richard the Lionheart,” dated 1189 – 1199. Surnames became necessary when governments introduced personal taxation. In England, this was known as Poll Tax. Throughout the centuries, surnames in every country have continued to “develop” often leading to astonishing variations of the original.

Many of the people with surname Wash had moved to Ireland during the 17th century.

Individuals with the surname Wash settled in the United States in three different centuries respectively in the 17th, 18th, and 19th. Some of the people with the name Wash who settled in the United States in the 17th century included Robert Wash, who came to Virginia between the years 1663 and 1679. Joseph Wash and Joseph Wash arrived in Virginia in the same year in 1664.

People with the name Wash who settled in the United States in the 19th century included John Wash and John Wash settled in Allegany Division, Pennsylvania in the year 1848.

Barbara Washburn was the first woman to ascend Mount McKinley.

Bradford Washburn was a famous writer.

Cadwallader C. Washburn was a businessman, politician, and governor of Wisconsin.

Ebenezer Washburn was a businessman and politician in Upper Canada.

Elihu B. Washburne was a politician, and the son of Israel and Patty Washburn.

Ichabod Washburn was a priest and a businessman who provided money to, and became the member of Washburn University.

Israel Washburn in the 19th century was a Massachusetts lawmaker.

Israel Washburn, Jr. was theGovernor of Maine and son of Israel and Patty Washburn.

Barry of six argent and gules on a canton of the last a mullet of the first.