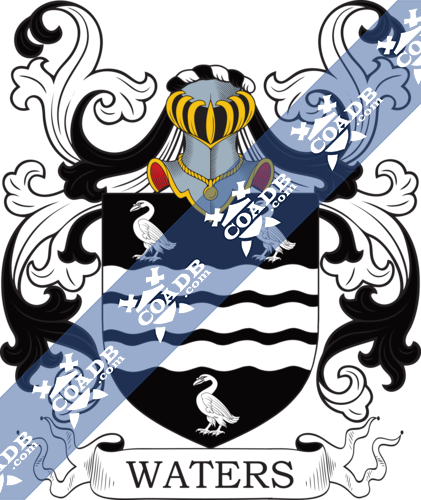 Waters Surname Name Meaning, Origin, History, & Etymology
This Anglo-Scottish last name has two origin theories and meanings. First, it is a patronymic/baptismal form (“son of”) of the personal first name (Walter). Walter derives from the medieval personal (first) German/Teutonic masculine given name Walter (or Wolter), deriving from the Old High German Walthari, consisting Old German words wald (rule) and heri (warrior), a name which made its way into France during the reign of Charlemagne in the 800s AD, and then from France into the British Isles at around the time of the Norman Conquest of 1066 AD. The name literally translates to “ruler of the army”. One of its earliest documented uses of this as a first name was in the 6th century AD, when a Waltharim, son of Wacho, King of the Lombards from 539-546 AD, was recorded. There was also a legendary Visigothic King known as Walter of Aquataine who lived in medieval times. Another author states it derives from the Dutch name Wolters, which derives from the Flemish personal name Wouters or Wauters. Second, it is a spelling variant of the English surname Water, deriving from the topographic/geographic surname Attwater or Atwater, denoting someone who lived by water (ex. lake, pond, river, stream, brook, bay), or someone who was from villages named after such features (ex. places in Devon, Lancashire, Dorset, Hertfordshire), or possibly from a place that was used for drinking water (ex. well or pump). In his nineteenth century book, Patronymica Britannica, author Marky Antony Lower states the following in regard to this surname: “In some dialects, the word water is applied to lakes and rivers, as Ullswater, Derwent-water, Black-water. Upon the adoption of surnames by the common people, a person who resided near such a place would be called William or John Atte-Water, still retained in Attwater; but on the omission of the preposition in the XV. century, the name was pluralized to Waters. The latinizations are De Aqua and Ad Aquam”. Third, in some instances in Ireland, it was Anglicized form of several forms of Irish/Gaelix last name that were derives from water (ex. Hiskey, Tydings, Haskin, Whoriskey) or perhaps from MacWalter. One source asserts this family was first established in Shropshire where they held seat (lands, titles, and/or positions) in Ludlow both before and after the Norman Invasion of the British Isles 1066 AD.

Waters of Sarnau
The lineage or ancestry of this branch of the Waters family tree traces back to Thomas Waters, Esquire of Penally Court, county Pembroke, Wales, who descended of the family of Sir Richard Waters. He had a son also named Thomas. This son Thomas Waters was an Esquire and Justice of the Peace for county Carmarthen who married Martha, the sister of Philip Proteheroe of Bristol, and had four children with her as follows: Thomas, Robert (Miss Reynolds of Salop), Joseph, and John (a Justice of the Peace who married Harriett, daughter of R.T. Dxie of Gellydeg). His eldest son Thomas was an Esquire who married Ms. Ormond of Trynewyff, county Pembroke, Wales (modern day United Kingdom), with whom he had four daughters and three sons. His sons were as follows: Thomas (an Esquire of Sarnau, Justice of the Peace, born in 1810), Edward (a doctor, of St. Clear in county Carmarthen, married Georgina, daughter of Reveren Lorenzo Hely Hutchinson, had two daughters with her and a son named Hely Wallscourt Hutchinson who was a Lieutenant on the Royal Artillery), and Robert (married Louisa, daughter of George Thompson, had issue named Robert, Edward, Jane Louisa Mary, and Agnes Dorothea). One of his daughters, Mary, married Henry Edwardes Hill, who was a Captain in the Army. The Waters Coat of Arms (somewhat erroneously called the Waters Family Crest or Waters Family Shield) is blazoned in the medieval European art of heraldry as follows: Ermine, a griffin sergeant within a bordure engrailed azure. Crest: A demi-griffin azure. Motto: Honor pietas. This family was seated at Sarnau, county Carmarthen, Wales.

Alexander Waters was born in Bower Caithness, Scotland around 1755. He married Janet Manson and had two sons with her: William and Alexander. His son William was born on Olrig, Scotland in 1781 and he married Catherine Fraser in Montrea, Quebexc, Canada in 1816, having the following issue with her: Alexander, John Fraser, Helen (Bienjonetti), Mary Jane (Coutee), Elizabeth (Depocas), John Ramsey, and William Henry.

Early American and New World Settlers
Edward Waters, age 40, came aboard the Patience in 1608. Grace Waters, his wife or daughter age 21, came aboard the Diana in 1618. They had two children born in Virginia in colonial America: William and Margerett Waters. Joseph Waters, age 29, came to Virginia aboard the Transport of London in June 1635. Mary Waters owned 15 acres of land and 9 slaves in the parish of St. Michael’s, Barbados in the late seventeenth century.

Other settlers in colonial America bearing this surname include Grace Waters (Virginia 1618), John Waters and his wife Frances and three issue (Boston 1630), Merry Waters (Boston 1632), Phillimond Waters (Virginia 1701), Charles Waters (Virginia 1718). In Canada, two of the earliest settlers bearing this last name were Edward Waters and Samuel Waters, who came to Harbour Grace and St. John’s Newfoundland, respectively, in 1708 and 1709, respectively. In Australia, two of the first bearers were Michael and Thomas Waters who were convicts from Essex and Wiltshire, England who came to Van Diemen’s Land (present day Tasmania) aboard the Arab in July of 1822. In 1838, Thomas Alexander Waters and Eliza Mary Waters (assumedly his wife or daughter) came to Glenelg Roads aboard the Pestonjee Bomanjee. In New Zealand, one of the first settlers with this surname was William Waters who came to the Bay of Islands in the year 1840. Two years later, a family of this name came to Wellington aboard the Birman: George Waters, Thomas Waters, and Susan Waters.

Crozier’s General Armory (1904) has one entry for this surname:
1) Edward Waters of Elizabeth City, Virginia in 1610, from Hertfordshire, England. Arms: Sable on a fesse wavy argent between three swans of the second, two bars wavy azure. Crest: A demi-griffin azure.

Matthew’s American Armoury and Bluebook (1907) does not contain an entry for this last name.

Grantees
We have 13 coats of arms for the Waters surname depicted here. These 13 blazons are from Bernard Burke’s book The General Armory of England, Ireland, and Scotland, which was published in 1848. The bottom of this page contains the blazons, and in many instances contains some historical, geographical, and genealogical about where coat of arms was found and who bore it. People with this last name that bore an Waters Coat of Arms (or mistakenly called the Waters Family Crest) include: Waters of Brook House, Holy Cross, and St. Giles, Shrewsbury, Shropshire, 1873

Notables
There are hundreds of notable people with the Waters surname. This page will mention a handful. Famous people with this last name include: 1) Daniel Waters (1731-1816) who was an officer in the Continental Navy of the United States and one of the “minutemen” during the American Revolution, born in Charlestown, Massachusetts, 2) Stanley Charles Water (1920-1991) was a Senator in Canada as well as a Lieutenant General who was born in the city of Winnipeg, 3) George Roger Waters (1943) who was an English bassist, singer, and songwriter who co-founded the famous band Pink Floyd in 1965, born in Great Bookham, county Surrey, England, 4) John Knight Waters (1906-1989) who was a US Army Four Star General who was born in Baltimore, Maryland and served in both World War II and Korea, 5) Sir Charles John Waters (1935) who was a General and Commander-in-Chief of Land Forces who fought in the Falklands War, Cyprus Emergency, and Operation Banner, 6) Lieutenant General Sir John William Waters (1774-1842) who was a Welsh officer in the British Army during the Napoleonic Wars, born in Cefn Cribwr, county Glamorgan, deriving in Busaco, Talavera, Badjoz, Ciudad Rodrigo, Vittoria, and Salamanca, 7) Charlie Tutan Waters (1948) who is a former football player born in Miami, Florida who played in the NFL for the Dallas Cowboys from 1970-1981, 8) Huw Thomas Waters (1986) who is a former Welsh cricketer born in Cardiff who played for the Glamorgan team, 9) Jesse Watters (1978) who is a television anchor and journalist born in Philadelphia, Pennsylvania who appears on the Fox News Channel, and 10) Alice Louise Waters (1944) who is an American chef, restaurateur, and author who was born in Chatham Borough, New Jersey who supports the organic food movement. 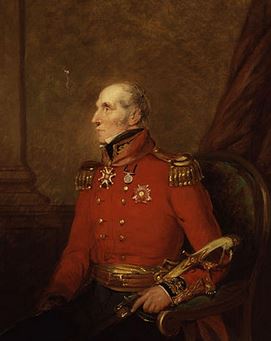 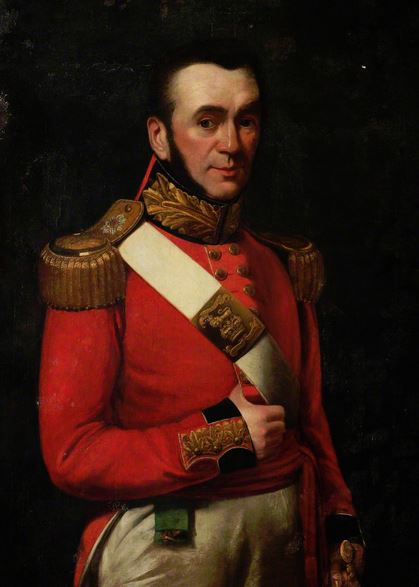 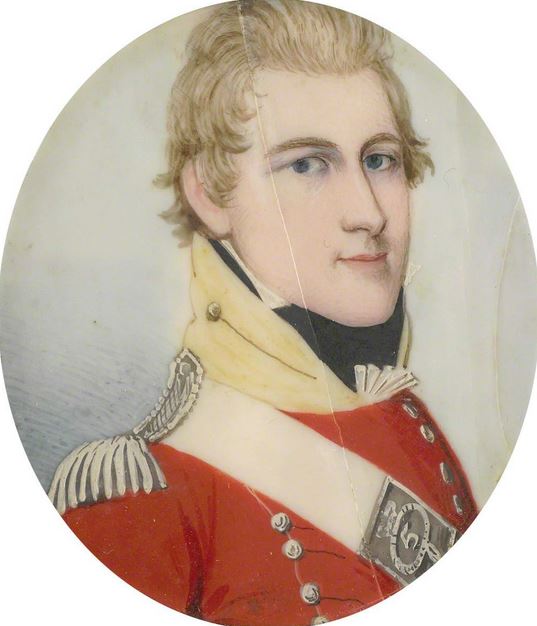 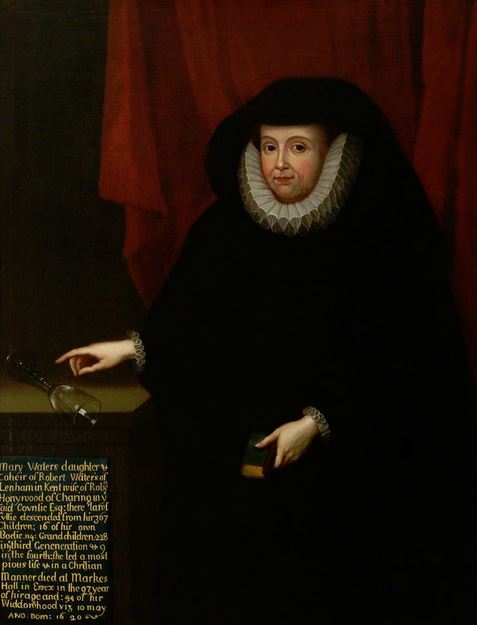 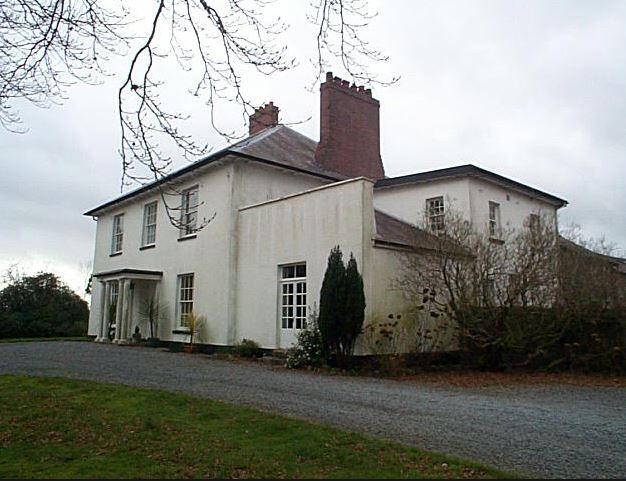 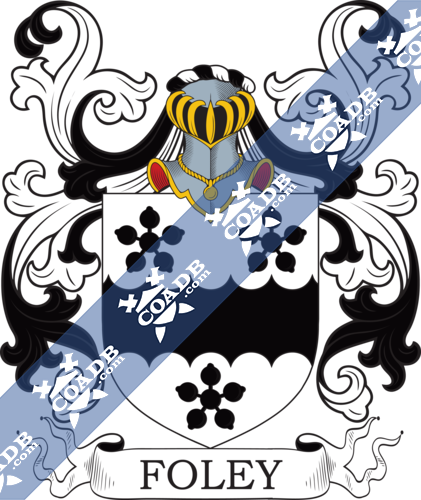