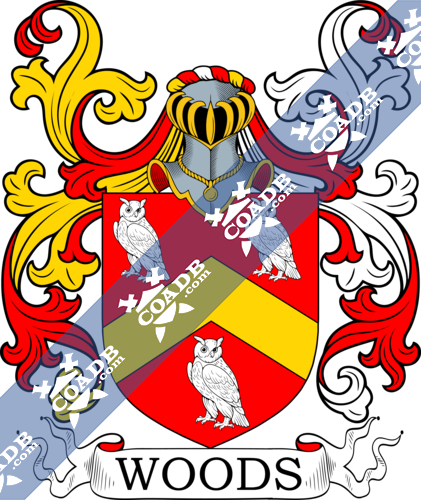 The surname of Woods hails from the country of England. This surname of Woods is believed to be a patronymic surname, with the suffix “s” denoting the meaning of “son of.” This surname is believed to be a topographical surname, which means that the original bearers of the surname lived on or near a distinguishable landmark within their city or town. In the case of topographical surnames, they can be used to describe someone who lived in a wood. It is also possible that the surname of Woods also hails from an occupation, meaning to describe the son of a wood cutter, or a forester. An occupational surname was given to the original bearer, meaning that he actually carried out this job. Occupational surnames were not originally hereditary surnames. They only became hereditary if the son followed in his father’s footsteps for a career; then the surname became hereditary and was used by the children and spouse of the son. In the case of the surname of Woods, it is believed to have hailed from the Old English, Pre 7th Century word of “wudu” which can be translated to mean “wood.”

Philip Wells Woods (1931-2015) who was a jazz bebop and alto saxophonist from America, who aslo was a clarinetist, bandleader and composer, and who is most notably recognized for his rendition of the Billy Joel song “Just the Way You Are”

Sylvia Woods (1926-2012) who was a restaurateur from America who is known for co-founding the landmark restaurant Sylvia’s in Harlem which is located on Lenox Avenue, New York City

Eldrick Tont “Tiger” Woods (born in 1975) who is a professional golfer from America, who, as of now, with all of his lifetime achievements into consideration is considered as one of the most successful golfers of all time

James Woods (born in 1947) who is an actor from America

“1) (London, 1812). Motto—Robur. Az. a woodman ppr. wreathed about the temples and waist with laurel vert, holding in his dexter hand a club head downwards in pale or, his sinister arm extended and pointing upwards, and his dexter foot resting on a bezant, on a chief of the last a lion pass. guard. gu. Crests—Dexter: Out of a ducal coronet or, a demi woodman ppr. supporting over his shoulder a club of the first; sinister: Issuing out of a ducal coronet or, a mount vert, thereon a lion statant guard. of the first in front of an
oak tree ppr. fructed or.”
2) (Norwich, co Norfolk; granted by Bysshe, Clarenceux, 2 July, 1664). Ar. on a chev. betw. three martlets sa. five gouttes of the first. Crest—A martlet sa. wings endorsed guttée d’ar.
3) (co. Sussex). Ar. on a fess ragulée az. three fleurs-de-lis or, in cnief a trefoil slipped vert. Crest—A gauntlet ppr. betw. two ostrich feathers erect ar.
4) (Llanwyfhan and Rhosinor, Wales). Gu. a chev. or, betw. three owls ar.
5) (Sir William Woods, Garter King of Arms). Az. a wild man ppr. wreathed about the loins, holding a club all ppr. the right foot resting on a globe or, on a chief of the last a lion pass. guard. gu.
6) (Wigan, co. Lancaster). Motto—Labor et perseverentiâ. Ar. a chev. nebulée gu. guttée d’eau betw. three martlets sa. Crest—A staff ragulee fesswise sa. thereon a martlet, wings elevated also sa. guttée d’eau. 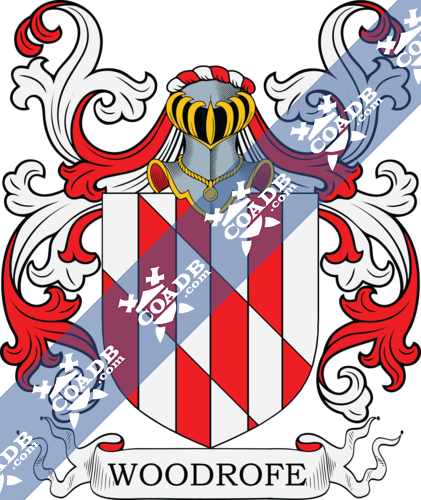 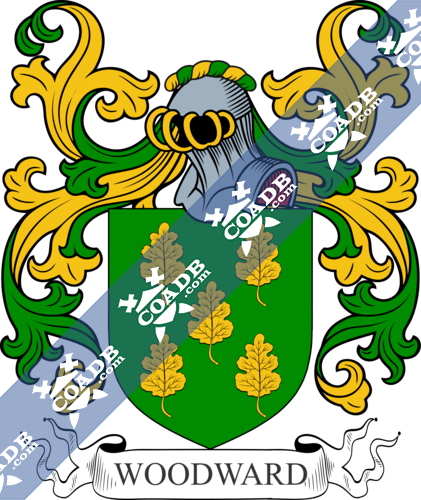