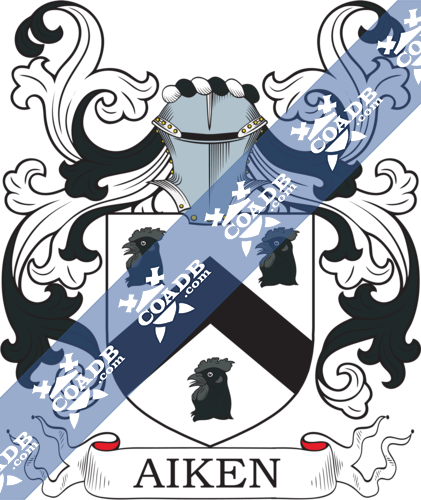 The Irish surname Aiken is a derivative of the medieval Scottish nickname “Ad”, the diminutive of the Hebrew given name Adam, which translates to “earth”. This translation and meaning are associated with the Judaeo-Christian teachings that God created Adam from earth. In this context the name would be considered patronymic.

Surnames in Europe prior to the mid-sixteenth century were largely unheard of outside of the noble class. In the small settlements and villages which existed during earlier times, residents found little need for surnames as everyone in these communities new each other and a given name would usually suffice. However, with the passage of time, population growth and expansions of communities as villages gave way to towns and cities, it became necessary to add a qualifier to a people’s names to distinguish them, one from another. Therefore one person may have been identified by their given name plus their occupation while another may have been identified by their given name and one of their parent’s names. The introduction of surnames after the medieval era seemed to be the next logical step in this evolution. There was a boundless supply from which surnames could be formed, in addition to the use of patriarchal/matriarchal names or reference to the individuals occupation, there were things such as defining physical traits, a familiar geographical location or a topographical landmark found near the individuals home or birthplace, the name of the village in which the person lived.

An early record of this surname or any variation, is that of John Akyne which appears in the Records of Scotland dated 1405. The Records of Scotland were a series of census and tax records kept by the Scottish Registrar during the reign of King Robert “The Stuart” of Scotland. The advent of the use of surnames served a practical purpose, allowing for more accuracy in census and taxation records as well as a more effective way of keeping records for immigration records.

The task of record keeping was primarily under the jurisdiction of the Church, local priories, and government offices. This was due in large part to the fact that literacy was a skill usually found only among the nobles, the clergy, and government officials and scribes. These official records often contained variations in spelling of many surnames. The variation in spelling during this time period can be attributed to a lack of continuity regarding guidelines for spelling which was compounded by the diversity of languages in use in European countries at this time. The variations in the spelling of the surname include but not limited to; Alken; Atkin; Atkins; Aiken; and Aitken among others. One of the first common usages of Aiken was in a Jacobite song, called “Aiken Drum.” The song was used to rally the Catholic Scottish forces behind James Francis Edward Stuart known as the “old pretender” and as a reference to the Battle of Sheriffmuir, fought in 1715.

There are many persons of note who bear the surname Aiken such as, British born, Sir John Alexander Carlisle Aiken. Aiken was a senior officer in the Royal Air Force, Served as Commander of the British forces in Cyprus during the 1973 Turkish invasion of the island.

During his military career, Aiken served in various capacities. He was a veteran of World War II, an instructor at the RAF College Cranwell, and Officer Commanding Birmingham University Air Squadron among others. Aiken retired from the Royal Air Force in 1978 at which time he was made Director of Intelligence at the Ministry of Defense until 1981 and was President of the Royal Air Forces Association for two terms in the 1980s. In 1967, Aiken was appointed Companion of the Order of the Bath and was appointed Knight Commander of the Order of the Bath in 1973. 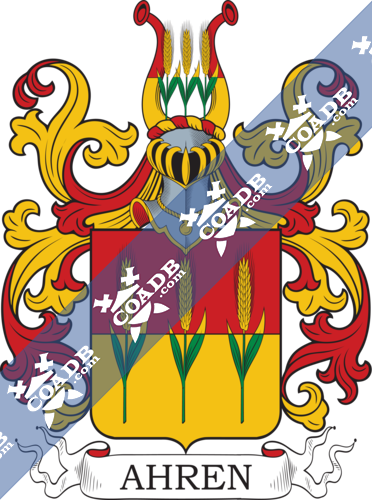 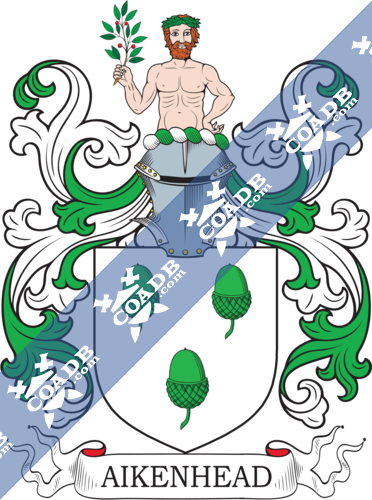