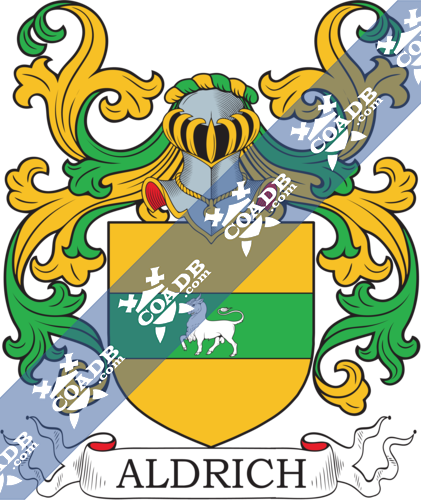 Surname Name Meaning, Origin, and Etymology
The last name Aldrich has two main origin theories and meaning. First, it is a baptismal surname meaning “the son of Alderich”, “the son of Aedelric” ,”son of Alrich”, or “son of Ailric” deriving from these Middle English old personal (first) names, which in the Domesday Book of 1086 AD, a survey of Wales and England ordered by William the Conqueror, were also spelled Ailred, Aldret and Eldred. The names appear to be of Saxon origins. The Saxons were a Germanic tribe living near the North Sea during the time of the Roman Empire in modern day Scandinavia, Germany, Belgium, and the Netherlands. Second, it could be a medieval locational surname denoting a person from villages named Alridge in county Staffordshire, England, Aldridge Gorve in Buckingham, or another village near Worcester. The name derives from the Old English words adel (noble) and ric (ruler). It should also be noted the masculine given name Ælfric means “elf ruler.

The 1890 book Homes of Family Names by H.B. Guppy, states the following in regard to this surname: “Aldrich and Aldridge are, for the most part, east country names, and they have been so for six centuries and more. At present they occur mostly in Suffolk, Norfolk, Surrey, Herts, and Berks, with a few in Gloucestershire. In the 13th century they occurred in the forms of Aldrich and Aldric in Norfolk and Cambridgeshire (H. R.). Aldrich is an ancient personal name”.

The Hundred Rolls of 1273 AD, a census of Wales and England, known in Latin as Rotuli Hundredorum lists one bearer: John Aldrich in county Cambridgeshire. William Ailrich was recorded in county Somerset in 1327 according to Kirby’s Quest. The Poll Tax of Yorkshire in 1379 AD lists one bearer of this last name: Robertus Aldrech. The Calendarium Rotulorum Patentium in Turri Londinensi John filius Aldrech. The Writs of Parliament lists one John Alrich. According to the History of Norfolk, by Blomefield and Parkin, a one John Aldrech was the bailiff of Yarmouth in 1469. An early marriage involving this surname was Peter Aldrich to Catherine Rowel in London in 1609 or 1610. 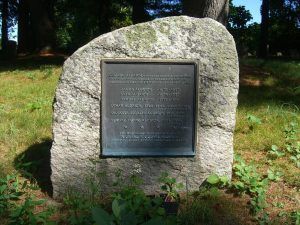 Early American and New World Settlers
The book Genealogical Guide to the Early Settlers, mentions three bearers of this name living in the seventeenth century in colonial America:
1) George Aldrich, of Dorchester, Massachusetts, who was a freeman in 1636. He lived in the town of Braintree, MA and was one of the first settlers of Minden in 1663. He married a woman named Catherine (last name not known) and had eight children with her: Meriam, Sarah, Experience, Mercy, Peter, Meriam, Jacob, and Mattithiah.
2) George Aldrich of Swanzey in 1669
3) Henry Aldrich of Dedham, a freeman in 1645, who had a son named Samuel in March of 1645.

Crozier’s General Armory contains one entry for this surname: Thomas Aldrich of Boston, Massachusetts in 1752, came from Lancaster, England. Ermine on a chevron engrailed argent, between three griffins’ heads erased, as many lozenges.

Matthew’s American Armoury (1907) and do not contain entries for this surname.

Mottoes
I have been unable to identify the Aldrich family motto.

Grantees
We have three coats of arms for the Aldrich surname depicted here. These three blazons are from Bernard Burke’s book The General Armory of England, Ireland, and Scotland, which was published in 1848. The bottom of this page contains the blazons, and in many instances contains some historical, geographical, and genealogical about where coat of arms was found and who bore it. People with this last name that bore a Aldrich Coat of Arms include or its variants include:
1) Robert Aldrydge, Doctor, register of the order of the Garter, 25 Jan 1536-7 by Barker 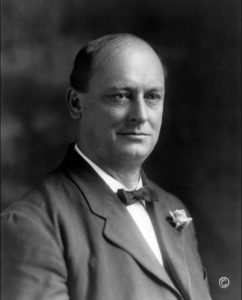 Notables
There are hundreds of notable people with the Aldrich surname. This page will mention a handful. Famous people with this last name include: 1) Charles J. Aldrich (1850-1929) who was born in LaGrange, Indiana and because the Solicitor General of the United States, 2) Chester Hardy Aldrich (1863-1924) who was the 16th Governor of Nebraska,  as well as an Associate Justice on the Nebraska Supreme Court, 3) Loyal Blaine Aldrich (1884-1965) who was an American astronomer and astrophysicist who was born in Wisconsin and worked with the Smithsonian Institute, 4) William Farrington Aldrich (1853-1925) who was a member of the U.S. House of Representatives for Alabama in 18896 and 1897, who was born in Palmyra, New York, 5) Truman Heminway Aldrich (1848-1932) who was a civil engineer, mining executive, and paleontologist who was born in Palmyra, New York who became a Member of the US House of Representatives and Postmaster of Birmingham, 6) Thomas Albert Aldrich (1923) who was a Major General in the United States Air Force born in Rosebud, Texas who commanded the Twenty-Second Air Force, 7) Robert Burgess Aldrich (1918-1983) who was born in Cranston, Rhode Island and was an American film writer, director, and producer known for movies such as The Longest Yard and The Dirty Dozen, 8) Pieter Aldrich (1965) who was a South African professional tennis player from Johannesburg who won two Grand Slam double’s titles (US Open and Australian Open), 9) Admiral Pelham Aldrich (1844-1930) who was a Royal Navy officer and explorer born in Mildenhall, Suffolk, and 10) Nelson Wilmarth Aldrich (1841-1915) who was a United States Senator from Rhode Island who married into the Rockefeller family, whose descendants between became influential bankers and politicians. 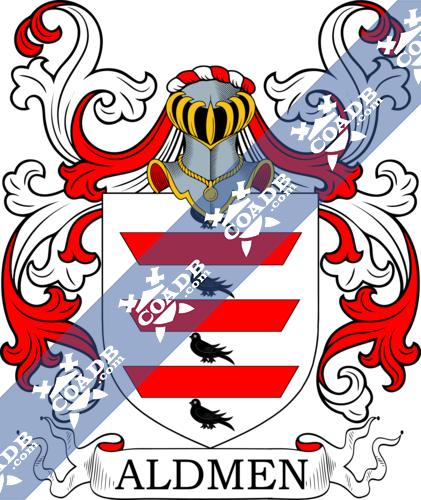 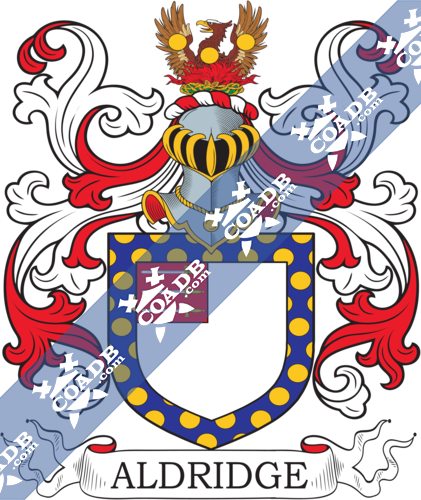