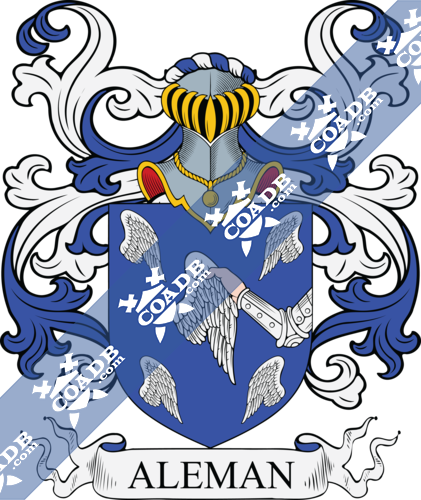 Surname Meaning, Origin, and Etymology
Aleman is a surname that comes from Germany, it is derived from the word “Alemanni”, which means “all the men” and it was the name of the tribe that inhabited the region of Rhineland. Local surnames were one of the first class of hereditary last names used in Germany and it was the most popular class. From Rhineland, this surname then extended to more territories, like the south side of France, close to the border of Germany.

After William the Conqueror took England in 1066, the surname Aleman was introduced to this country and there it became a way of referring all the people that were from Germany. This is because the Anglo-Norman-French word “Aleman” means “German” and later was a way to call everyone with German ascendancy. Another possible origin of the last name is that it was a local surname used by the inhabitants of the Norman region of Allemagne at the south of Cae, and actually, this is one of the oldest seats of the surname Aleman.

As it can be seen, the common elements in all the possible origins of the last name Aleman are its character of being a local surname, because it was used as a way of calling the people that came from a certain place, and that place was always a region of Germany. The first recorded bearer of this surname is John Aleman in 1199 who appears in the “Memoranda Roll of Northumberland” in England, during the reign of King Richard I, better known as “Richard the Lionheart”, who was King from 1189 until 1199.

Spelling Variations
Surnames with spelling variations were a very common thing during the Middle Age. They occurred because, in that time, most of the languages haven’t been standardized yet, so they didn’t count on the same grammatical rules that we have today and actually, some of them didn’t even have a written format. Thanks to this, the people who kept the records, the scribes, didn’t have a guide that judge what was the right way of writing words, so they have to do it according to the sounds of words. Then, if every scribe heard words differently, they would write the words in a different way.

Another major factor was the mix of languages that caused much confusion, like in this case an Anglo-Norman-French mix. Some families did little changes to their surnames to be distinguished from other branches of the same family, so they added a suffix or prefix to the last name, this could also be done to express a political position. Wrong translations and the natural evolution of languages were other factors that contributed to the creation of spelling variations. All of these factors caused spelling variations in surnames like Aleman, and the most common variations in England for this last name were Almayne, Allman, Almand, Hallman, Allamaine, Almon, Almand, Altman, Allman, Ellman and Dalman. Thanks to the Germanic origin of this surname, it also have German spelling variations like Alemann, Allemann, Aleman, Alemand, Allemand, Alemanns and Allemang.

Popularity & Geographic Distribution
According to the census of 2014, Aleman is the 3,080 most common surname in the world and it counts on approximately 177,707 bearers. The country where Aleman is most prevalent is Mexico followed by Nicaragua, which has the second biggest amount of bearers of this surname, and the United States in third place. The nation with the highest density of bearers of Aleman is also Nicaragua.

Early Bearers of the Surname
Some of the old bearers of the surname Aleman who appeared in different records are Walter le Aleman in Yorkshire in 1200, Robert Alman in Cambridge in 1327, Thomas de Alemayne in London in 1320, Inglebright de Alman in Yorkshire in 1332, John Allman, a child that was made Christian at Saint Margaret’s in London on August 14, 1541, George James Allman (1812-1898) a professor of botany in Dublin during 1844 and then in the University of Edinburgh from 1855 until 1870, Willelmus Alman appears in the Yorkshire Poll Tax rolls of 1379 and John le Alemaund who was in London in 1284. Other important bearers of this last name or a spelling variation of it that can be found in the Hundredorum Rolls of 1273 were Terric le Alemaund in Buckinghamshire, Henry de Alemania in Nottinghamshire, Bertram de Almannia in Lincolnshire and Robert Almene in Cambridgeshire.

History, Genealogy, and Ancestry
Thanks to some good records, it is possible to know very well, the genealogical tree of some of the branches of the surname Aleman. One of them began with Juan de Aleman, who was born in 1680 in Aguimes, Canary Islands, Spain. He got married to Maria de la Trinidad de Zurita, daughter of Matias de Leon and Maria Zurita, on August 10, 1711, in Aguimes, Canary Islands. Together, Juan and Maria had a son Baltazar de Aleman, who was born on March 30, 1714, in the same city that his father. Baltazar grew up and got married to Antonia Gonzalez Romero, daughter of Louis Sanchez Romero and Dominana Gonzales. From this marriage a child was born, Juan de Aleman Jr. on September 30, 1739.

Another branch of the surname Aleman, was the one of José Andrés Alemán who was the son of José Leandro Alemán and María Manuela Hernández. He got married to Josefa Rosalía de Torres, daughter of José Manuel de Torres and María de la Trinidad Salas, on May 15, 1768, on Aguascalientes, Mexico and their son was Manuel Antonio Alemán. José Andrés Alemán died on October 9, 1786.

Manuel Antonio Alemán got married to María Rosalia deSosa, but after she died in 1794, he would get married again to Juana María Cardona on February 25, 1800 in Jalisco, Mexico. Manuel Antonio had three children María Isidora Alemán, Apolonio Alemán and Luis Alemán.

Early American and New World Settlers
Many Europeans decided to travel to America, once it was found by Christopher Columbus on his journeys. They wanted to start a new life in this unexplored land and see all the new possibilities the new continent had to offer. However, at the moment of having their offspring here, they passed their surnames, and it was like the last names from the old continent started to be used in America. 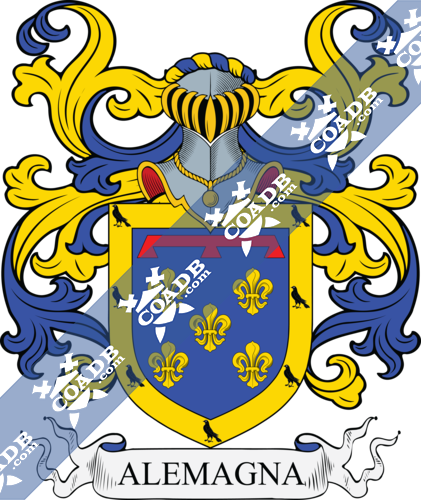 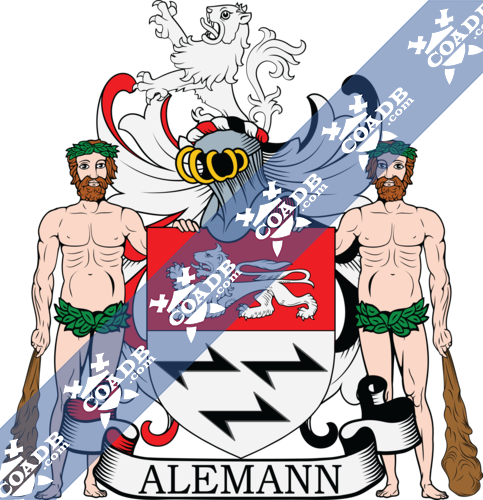