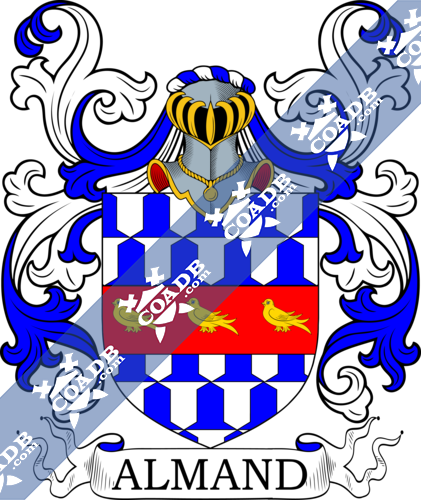 Origins of Almand:
Following the Norman Invasion of England in 1066, the name Almand first found in Britain.  It was a name for a person or family of German heritage.  More research showed the name acquired from the Anglo-Norman-French word aleman, which means German.  It is only in the last few hundred years that the English language has regulated.  For that reason, Anglo-Norman surnames like Almand are characterized by many spelling variations.  Authors and priests in the Middle Ages spelled names they sounded, so it is common to find many variations that refer to a single person.  As the English language changed and incorporated components of other European languages such as Norman French and Latin, even educated people regularly changed the spelling of their names.  The variations of the name Almand include Almayne, Alman, Allman, Almand, Hallman, Allmaine, Almon, Almand, Altman, Allman, Ellman, Dalman and much more

France:
The surname Almand first appeared in Allemagne, now known as Fleury-sur-Orne, near Caen in Normandy.  There is no clear record of the family arriving in Britain but their journey is no doubt.  Some of the first recordings of the name include listings in the Hundredorum Rolls of 1273.  Terric Le Alemaund in Buckinghamshire, Henry de Alemania in Nottinghamshire, Bertram de Almannia in Lincolnshire and Robert Almene in Cambridgeshire.  John le Alemaund noted in London in 1284.  The Yorkshire Poll Tax Rolls of 1379 list Willelmus Alman.

Canada:
People with the surname Almand who settled in Canada in the 18th century included John Almand, who landed in Nova Scotia in the year 1760.

Vair, on a fesse gu. three martlets or. 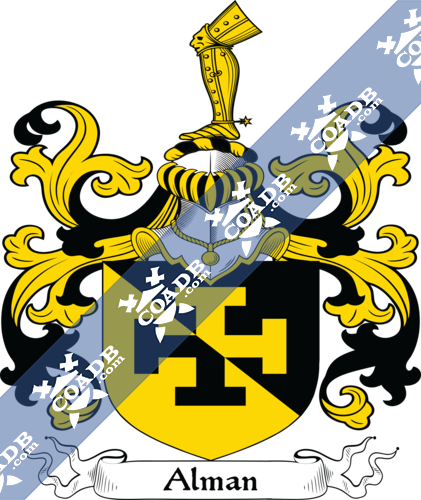 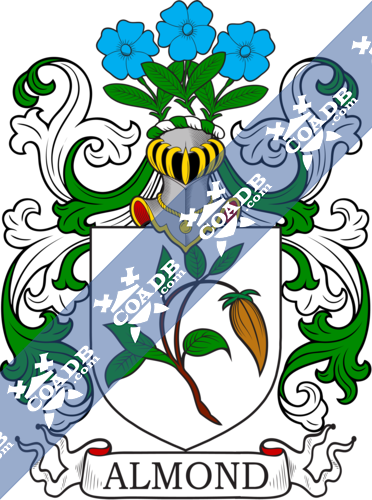