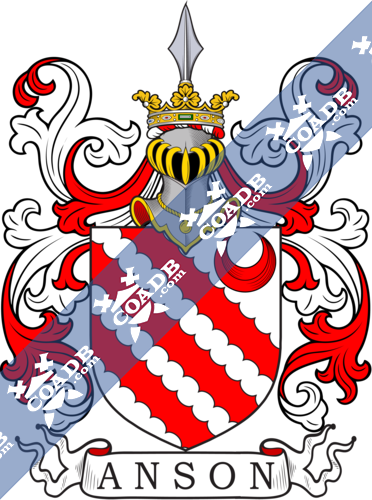 Anson Name Meaning: English (found mainly in Yorkshire): patronymic from one of several Middle English personal names. Reaney and Wilson have it as ‘son of Hann’ or ‘son of Hand’ also perhaps, is ‘son of Agnes’ (see Annis), or even ‘son of Anselm’ The Anson Family is a British aristocratic family. Over time, several members of the Anson family were made knights, baronets and peers. Hereditary titles held by the Anson family include the earldom of Lichfield (since 1831) and the Anson baronetcy (also since 1831). It should be noted the titles of Earl and Baron are split between two sides of the family. Both titles are still active and current within the British Peerage. Over time, several members of the family have risen to prominence, including Admiral of the Fleet George Anson, 1st Baron Anson, PC, FRS (1697–1762)

The earldom of Lichfield continued to descend within the Anson family from father to son until the death of the 4th Earl, in 1960. He was succeeded by his grandson, the 5th Earl, the only son of Lieutenant-Colonel Thomas William Arnold Anson, Viscount Anson (1913–1958), eldest son of the 4th Earl.

Thomas Patrick John Anson was born 25 April 1939. He was the only son of Lieutenant Colonel Thomas William Arnold Anson, Viscount Anson (1913–1958), the eldest son and heir apparent of Thomas Edward Anson, 4th Earl of Lichfield (1883–1960). His mother was born Anne Bowes-Lyon (1917–1980), who subsequently became Princess Anne of Denmark after divorce and remarriage), a niece of Queen Elizabeth the Queen Mother. Which makes the Earls of Lichfield cousins to Her Majesty Queen Elizabeth II. Known professionally as Patrick Lichfield, he was a successful photographer. He was selected to take the official photographs of the wedding of the Prince and Princess of Wales in 1981, and subsequently became one of the UK’s best-known photographers. He was also chosen by the Queen and the Duke of Edinburgh to take official pictures of her Golden Jubilee in 2002.

As of 2010 the titles are held by the 6th Earl, only son of the 5th Earl and Lady Leonora Grosvenor, daughter of the 5th Duke of Westminster. He succeeded as the 6th Earl of Lichfield upon his father’s death on 11 November 2005 (Thomas Patrick Anson). The 6th Earl -Thomas Anson married in December 2009 Lady Henrietta Conyngham, daughter of Henry Conyngham, 8th Marquess Conyngham. They have one son, Thomas Ossian Patrick Wolfe Anson, Viscount Anson (b. 20 May 2011) The courtesy title of the eldest son and heir apparent of the Earl is Viscount Anson.

The Anson Baronetcy, of Birch Hall in the County of Lancaster, is a title in the Baronetage of the United Kingdom held by a branch of the Anson family. It was created on 30 September 1831 for William Anson. He was the third son of George Anson; his elder brothers were Thomas Anson, 1st Viscount Anson and General Sir George Anson. As of 2007 the title is held by the seventh Baronet, who succeeded in 1951, Rear-Admiral Sir Peter Anson CB. ( born 1924) The heir apparent is the present holder’s eldest son Philipp Roland Anson (born 1957)

Names associated with the Earldom of Lichfield:

Place names associated with both the Baronetage of Anson and the Earldom of Lichfield: 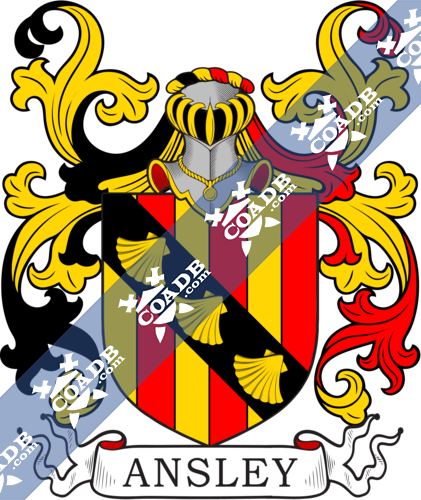