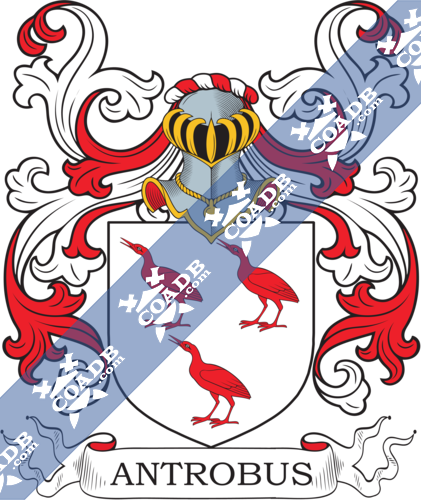 This unique name is of Old Norse origin and is a geographical surname from the place in Cheshire called “Antrobus.” The placename was noted in the Domesday Book of 1086 as “Entrebus,” and in the Pipe Rolls of Cheshire of 1282 as “Anterbus.” The origin of the name is from the Old Norse particular name “Eindrithi” or “Andrithi,” with the Old Norse “buski,” which means plant, bush or thicket, the whole name thus meaning “Andrithi’s bush.” Many placenames of Anglo-Saxon and Old Norse origin created in a similar fashion, with a particular name and a geographic feature like wood, hill or brushwood, showing ownership of the place. One Thomas Antrobus shows on the Record of the University of Oxford in 1600. Elizabeth, daughter of John and Anne Antrobus, named at St. Brides, Fleet Street, London in the January 1652.

The surname Antrobus first appeared in Cheshire at Antrobus, a local church, and hamlet in the parish of Great Budworth, union of Runcorn and the hundred of Bucklow. The place name records back to the Domesday Book where it noted as Entrebus.

The very first recording spelling of the family shown to be that of Joseph Antobus (marriage to Ann Parr), dated about 1572, in the “Frodsham,” Cheshire. It was during the time of Queen Elizabeth I who was known to be the “Good Queen Bess,” dated 1558- 1603. The origin of surnames during this period became a necessity with the introduction of personal taxation. It came to be known as Poll Tax in England.

Many of the people with surname Antrobus had moved to Ireland during the 17th century.

Some of the individuals with the surname Antrobus who landed in Australia in the 19th century included William Antrobus, an English prisoner from Lancaster, who shifted aboard the “Albion” in May 1828, settling in New South Wales, Australia.

John Antrobus (1806 –July 1878) was an English priest and cricket player who played for Cambridge University in 1826.

John Antrobus was born in July 1933. He is an English playwright and script composer. He has written widely for the stage, screen, TV, and radio, the epic World War II play, Crete and Sergeant Pepper at the Royal Court.

1) (Antrobus Hall, Cheshire and Rutherford, co. Roxburgh, Bart., 1815). Motto—Dei memor, gratus amicis. (confirmed by Camden, Clarenceux, Sept. 1604 to Thomas Antrobus, one of the six clerks in Chancery). Lozengy or and az. on a pale gu. three estoiles of the first. Crest—Issuing out of rays ppr. a unicorn’s head couped ar. horned and maned or, gorged with a wreath of laurel vert. Supporters—Two white horses ppr.
2) Ar. three bitterns gu. 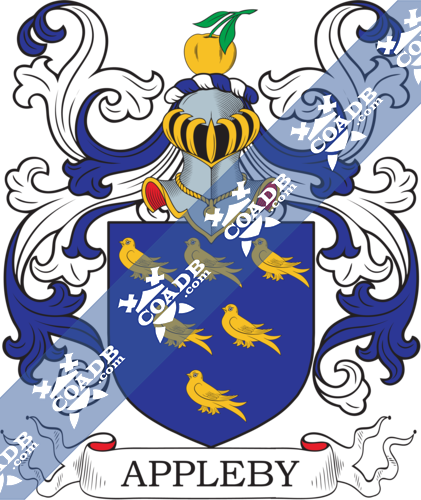