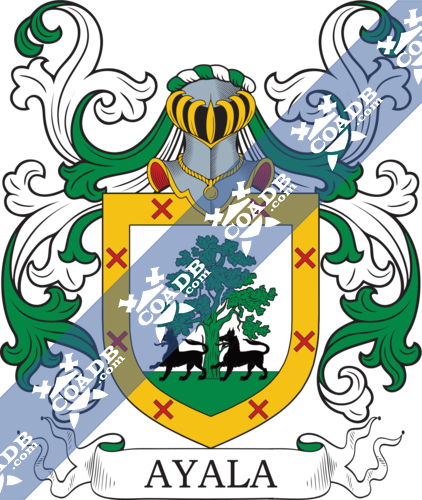 Surname Meaning, Origin, and Etymology
Surnames started to be used in Spain during the middle age as a way to distinguish people that had the same first name. This was important to keep a record of the people for the payment of taxes and delimitations of properties and lands. But, at the moment of taking or receiving the last name, people wasn’t completely sure about how to do it. So, they decided to consider several factors, like the name of the father, the profession or the place of origin of the people to assign the proper surname.

One of the kinds of surnames that were created were local surnames, which consisted of taking the name of the place of origin of the person and make it his last name, this could also be done with the name of the land owned by the bearer if he was a landowner. This was the case of the surname Ayala, which was taken for some families from the town called Ayala in the Basque region of Spain. Actually, this surname began with Don Vela Sanchéz who received the lands of Ayala from his father King Sancho Ramírez of Aragón during his reign from 1063 A.C. until 1094 A.C. After that he was recognized as Don Vela Sanchéz de Ayala and the surname started to be passed from father to children as a regular last name and many branches of it initiated.

Spelling Variations
During the middle age a single person could count on many different ways to be called, or at least to write his name. This happened thanks to a series of factors, such as the numerous cultures that were colliding in this period of history on the old continent, and also all the languages were mixing, therefore, giving birth to new words and names. There was also the fact that many words were translated in a wrong way, surnames among them. Another important factor was that the scribes from the medieval era used to write the words according to how they heard them so every scribe could write the words in a different way. Some families used to add suffixes or prefixes to their surnames to make them different than the ones from other lines of the family with the same last name. Despite all of these factors there are not many known spelling variations for Ayala, the most common ones were Ayala, Ayalla, and Aya.

Popularity & Geographic Distribution
Ayala is not a very popular surname, according to the census of 2014, it is the 813th most common surname in the world and it has approximately 645,659 bearers. They country with the biggest amount of Ayala is Mexico, followed by the United States in second place and Colombia at third. They nation with the highest density of Ayala is Paraguay.

Early Bearers of the Surname
As it is said before, Ayala is not a popular surname, so there are few records of old bearers, such as Pedro López de Ayala, who was made Count by Enrique IV in 1470 in Spain. Pedro was famous thanks to his jobs as historian, poet, chronicler, chancellor and courtier, and also for his book “Rimado de Palacio”, and there were also Juan Ayala, a nobleman from Navarro, Spain in the 16th century.

Early American and New World Settlers
After the arrival of Christopher Columbus in America, many Europeans decided to test their luck and travel to America looking for a new life. When they did it, they brought their culture, their customs, and their surnames, this was how the Europeans surnames arrived in America. Some of the first bearers of Ayala on doing the voyage were Diego de Ayala, who arrived in America in 1510, Pedro de Ayala who did the travel in 1512, Alonso de Ayala who did it in 1513, another Pedro de Ayala who arrived in Peru in 1534, Isabel de Ayala who also landed in Peru but in 1560 and Captain Juan de Ayala y Escobar who was ruler of Captain-General of Florida during the decade of 1670, after that he moved to Cuba and started a long branch of Ayala in La Habana.

Mottoes
We were unable to locate any documented mottoes for the Ayala family.

Grantees
We were unable to locate any documented grantees for the Ayala family.

Notables
There have been many bearers of the surname Ayala who had played essential roles in different fields such as Daniel Sánchez Ayala (b. 1990) a Spanish football player, Eligio Ayala (1879-1930) who was the President of Paraguay from 1923 until 1924, Francisco Ayala García-Duarte (1906-2009) a novelist from Spain, Roberto Ayala (b. 1973) a football player from Argentina, Violeta Ayala (b. 1978) a filmmaker from Bolivia and Luis Alberto Ayala Salinas (b. 1932) a former world-ranked tennis player from Chile. 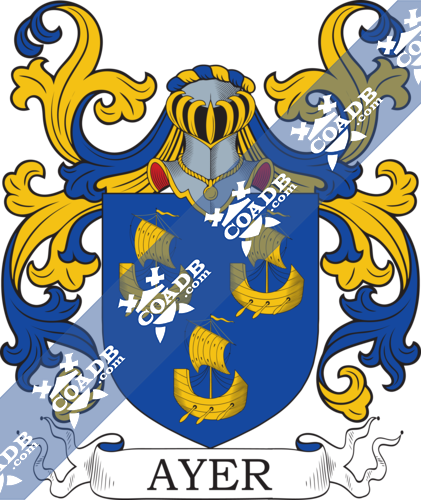