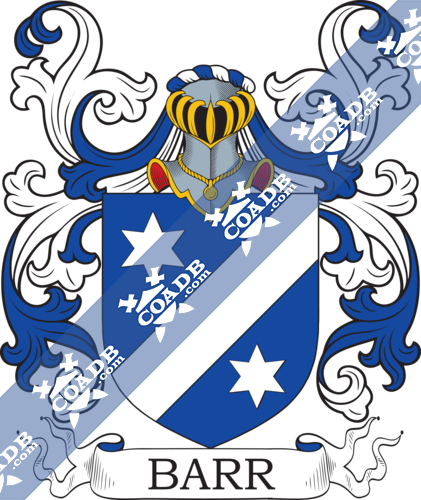 Barr Surname Name Meaning, Origin, History, & Etymology
This popular Scottish, northern Irish, Norman-French, and English last name developed as a habitational name denoting a person who was from one of various towns and villages through Britain named Barr. There are two main locations named Barr in Scotland: one in Ayrshire and one in Renfrewshire, derived from the Gaelic or Welsh word barr, or Celtic word barro, meaning “height or hill”. There are various placed named Barr in northern France, such as Barr-en-Ouche and Barr-de-Similly. There is a town called Great Barr in West Midlands, England. A second theory is that, in England, it is a topographic surname denoting someone who lived at or near a barrier or gateway, from the Middle English and Old French word barre, meaning “bar” or “obstruction”. In France, of Norman origin, Barr may have developed. Third, it may have developed as a metonymic occupational name for a maker of bars or poles. Fourth, in Ireland, it may have developed as an Anglicized version of the Irish surname O’Bairr or O’Baire. Still others believe the name has Old Norse, Danish, or Flemish etymological roots. Elsdon Smith Coles, in his 1956 book Dictionary of American Family Names, offers the following meaning: “Dweller at the sign of the bear; one thought to possess bearlike qualities. The bear was the king of beasts in the north of Europe”.

Spelling variants and names with similar etymologies include: Bar, Barre, Baer, Baerr, and Baer. The only Barr family motto I was able to identify is Fortitudine, which translates from Latin to English as “With fortitude” or “Might”. 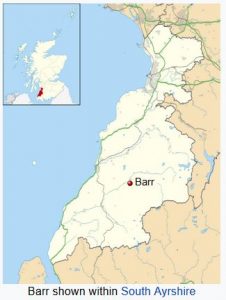 Early Bearers of the Barr Surname
The first known bearers of this surname was Richard de Barra, of Somerset, who was documented in the Domesday Book of 1086 AD, a survey of England and Wales ordered by William the Conqueror. Hugo Barr was listed in the Danelaw documents for county Lancaster in 1155 AD. However, a Ralph Barre is claimed to have been documented in England two years earlier in 1153 AD. William de Barre is recorded in the Assize Rolls of Stafford in 1199 AD. The Hundred Rolls of 1273 AD, a census of Wales and England, known in Latin as Rotuli Hundredorum lists two bearers of this surname: Gunilda de la Barre (Hertfordshire) and Philip de le Barre (Huntingtonshire). John de la Barre was documented in Staffordshire and William atte Barre was recorded in Derbyshire, both around 1292 AD. Albyn de Barr was the baillie of Ayr, Scotland in 1340 AD. John Bar of de Barre was a burgess of Edinburgh, Scotland in 1423 AD. The Magni Rotuli Scaccarii Normanniae lists several bearers around 1190 AD: Gerard, Geoffry, Peter, Ralph, and Tiger de Barra.

Notables
There are hundreds of notable people with the Barr surname. This page will mention a handful. Famous people with this last name include:
1) Terry Albert Barr (1935-2009) was an American football player born in Grand Rapids, Michigan who played for the Detroit Lions from 1957-1965, winning one NFL Championship and 2x Pro Bowls
2) Roseanne Cherrie Barr (1952) is a Jewish-American actress and comedian from Salt Lake City, Utah,, best known for her role on the hit television sitcom Roseanne that ran from 1988-1997.
3) Robert “Bob” Laurence Barr. Jr (1948) is an American politician and attorney who was a member of the US House of Representatives from Georgia from 1995-2003, having previously served as the US Attorney General for the Northern District of Georgia from 1986-1990, born in Iowa City, Iowa
4) Alexander Martin Barr (1968) was the lead singer of the Dropkick Murphys, an American Celtic punk band, born in Hanover New Hampshire
5) David Angus Barr (1960) was a professional hockey player in the NHL who played for seven different teams (ex. Boston Bruins, Hartford Whalers) from 1981-1987, born in Toronto, Ontario, Canada
6) Albert Glenn Barr (1942-2017) was a politician from Derry, Northern Ireland who was an advocate for Ulster nationalism, a movement which seeks independence from the United Kingdom
7) James Mark McGinnis Barr (1871-1950) was an inventor, electrical engineer, and physicist who is known for proposing the notation for the golden ratio.
8) Nevada Barr (1952) is an American author who writes mystery novels set in national parks in the United States, born in Yerington, Nevada
9) David James Barr (1970) is an English cricket player from Coventry, Warwickshire who played from 2001-2005 for two teams: Buckinghamshire and Warwickshire Cricket Board
10) David Barr (1946) was an Australian politician who served in the New South Wales Legislative Assembly from 1999-2007 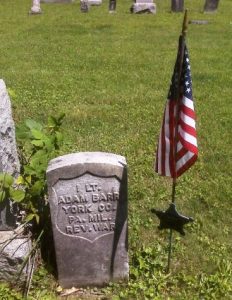 1) (France). Az. a sinister bend ar. betw. two stars of the last.
2) Or, a fesse indented erm. betw. three pomegranates leaved ppr. Crest—An arm couped at the shoulder, vested gu. resting the elbow on the wreath, the hand towards the sinister, holding a bow ppr.
3) or Barry – (Scotland). Az. an eagle displ. ar. surmounted by a fesse(another, a bar sa. charged with two mullets of the second).
4) (Worcester, 1825). Az. an eagle displ. ar. surmounted of a fesse sa. charged with two mullets or. Crest—A lion’s head erased gu. gorged with a collar or. Motto—Fortitudine. 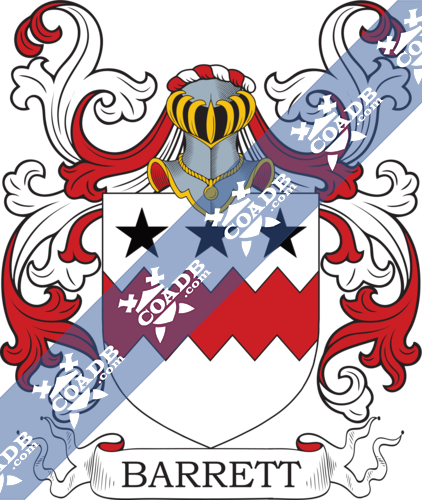