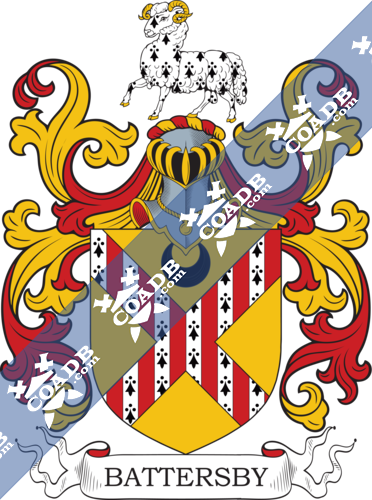 1) (assigned by Camden, Clarenceux, 1605; borne by Robert Battersby, Esq., M.D., of Ashgrove and Lislin, co. Cavan, and by George Battersby, Q.C, Judge of the Provincial Court of Dublin). Or, a saltire paly of twelve erm. and gu. a crescent in chief sa. Crest—A ram pass. erm. armed and unguled or. Motto—Ante bonorem est humilitas. Source: Burke’s
2) (Stannanaughts, co. Lancaster, Cleveland, co. Somerset, and 72, Onslow Gardens, London. Worsley Battersby, Esq., son of Charles Battersby, Esq., of Hindley, co. Lancaster, by Annie, his wife. dau. and co-heir of Rev. Thomas Hayes, M.A., vicar of Westhoughton, co. Lancaster). Ar. a lozenge sa. on a chief wavy az. a paddle-wheel steamship with sail or. Crest—A ram ar. armed or, charged on the body with two trefoils slipped veit and resting the dexter foreleg on a lozenge sa. Motto—Labore vincea. Impaled with the arms of May (see May). Source: Burke’s 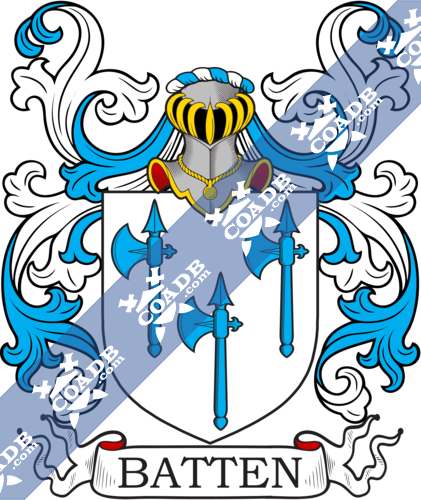 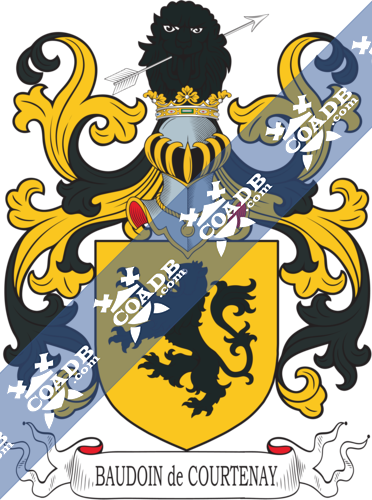