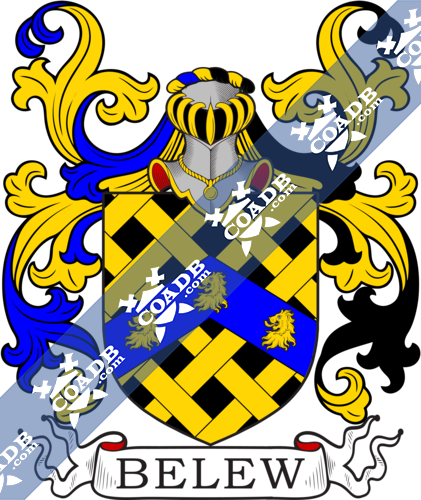 Blazon: Sable. Fretty Or, on a chevron. Azure. three lions’ heads erased of the second.

Belew/Belewe/Bellew is an interesting surname, having long associations with the Irish county of Louth, it is of Norman French origin, and is a locational name from any of the various places in northern France named with the Old French elements, “beu, bel”, lovely, and “eau, ewe”, water (Latin “aqua”). The name was initially brought to England by followers of William the Conqueror during the Conquest of 1066, and subsequently introduced into Ireland by Norman settlers in County Louth and the adjoining part of County Meath. Eighteen Norman knights settled in Ireland following the invasion of 1066. The first recorded spelling of the family name is shown to be that of Adam de Bella Aqua, which was dated 1210, in “Medieval Records of County Louth”, during the reign of King John of England, known as “Lackland”, 1199 – 1216.

The name of this great Hiberno-Norman family is perpetuated in Bellewstown (Counties Louth and Meath), and in Mountbellew (County Galway). From the mid 16th Century on, several members of the family took a prominent part in Irish legal and political affairs as sheriffs and members of parliament, among them Sir John Bellew, who was on the Supreme Council of the Confederate Catholics. Captain Thomas Henry Grattan-Bellew, of Mountbellew, was a Knight of Malta. Early recordings of this surname from England are few, and include, Ralph Belewe (Oxfordshire, 1253).

The Belew/Bellew family settled into Anglo-Irish life fairly quickly. They have been knights, and Baronets and Barons. ( A baronetcy is the only British hereditary honour that is not a peerage. A baronet is addressed as “Sir”, just as is a knight (or “Dame” in the case of a baronetess), but ranks above all knighthoods and damehoods in the Order of precedence, except for the Order of the Garter and the Order of the Thistle (and the defunct Order of St Patrick.)

The Bellew Baronetcy, of Barmeath in the County of Louth, was created in the Baronetage of Ireland on 11 December 1688. It was later converted to a Baronial title in the eighteenth century. Bryan Edward Bellew, 8th Baron Bellew (born 1943) is the current holder. The heir apparent is the present holder’s surviving son Hon. Anthony Richard Brooke Bellew (born 1972).

The Bellew, later Grattan-Bellew Baronetcy, of Mount Bellew in County Galway, is a title in the Baronetage of the United Kingdom. It was created on 15 August 1838 for Michael Bellew. He was a descendant of Christopher Bellew, brother of Sir Patrick Bellew, 1st Baronet. Sir Henry Charles Grattan-Bellew, 5th Baronet (born 1933) is the current holder of the title and the heir apparent is the present holder’s only son Patrick Charles Grattan-Bellew (born 1971)

Royalty and other famous names associated with Belew:

Notable people with the name Belew:

Edward Donald Bellew (1882–1961), Canadian recipient of the Victoria Cross for action in WWI 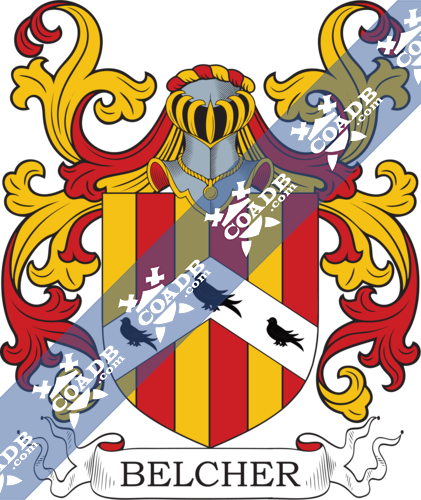 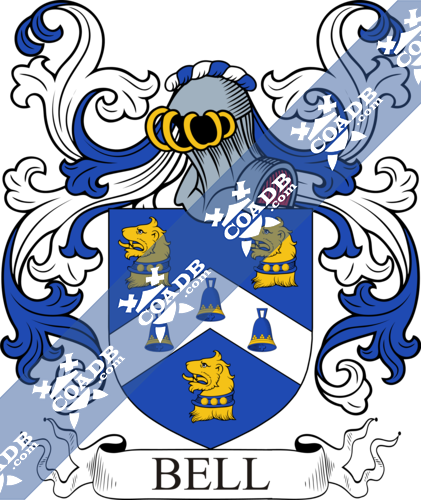