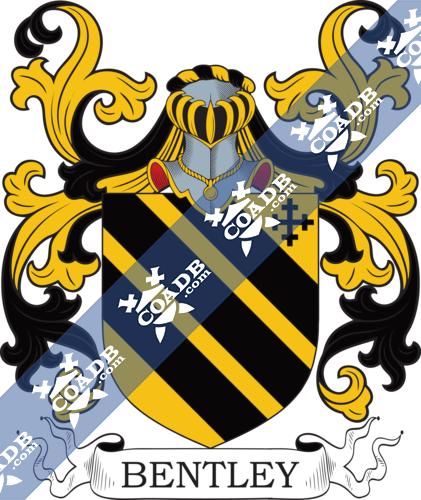 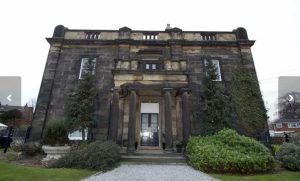 Bentley Surname Name Meaning, Origin, History, & Etymology
Bentley is an English habitational name denoting a person who was from any of several places throughout England, primarily in Derbyshire, Hampshire, Essex, Shropshire, Staffordshire, Suffolk, Warwickshire, Worcestershire, and East and South Yorkshire, as well as many small hamlets in various counties, named Bentley. The towns names are thought to derive from the Old English word beonet, meaning “bent grass” and leah, meaning “woodland clearing”. Translated literally, the name means “the field of Benedict”. In some instances, it may be an Americanized spelling of the Swiss surnames Bandle or Bandli or the German surname Bentele. Current spelling variants or names with similar etymologies include Bently, Bentlie, Benteley, and Bentle.

In the Domesday Book of 1086 AD, a survey of England 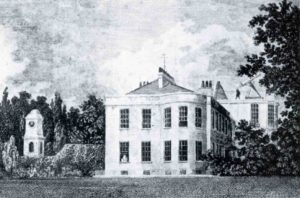 and Wales ordered by William the Conqueror, the name is spelled as Benedkedge, Benetlea, and Benedlage. The name first established itself in county Lancashire and Yorkshire, where the family owned land and titles in the Middle Ages. Others trace the family back further to an ancient manor and hamlet in the parish of Wolverhampton, granted to a knight known as “Drew of Bentley” or “Dru nad de Benetlea” by William the Conqueror for his function of being in charge of the King’s hay, or for being in working in the King’s sergenaties (miscellaneous tasks done for the king, performed by men or rank of high esteem), but this may be legend or family folklore passed down through generations.

Early Bearers of the Bentley Surname
The first known bearers of this surname was Gervase de Benetlea who died in 1164 AD as documented in the Pipe Roll of that year. He had a son named Roger. The following is an excerpt from an article titled Forest Tenures of Staffordshire: “Roger the son of Gervase of Bentley grants to Roger his son and to his heirs all Bentley with the custody of the Hay of Bentley, with its appurtenances except the land of Richard the son of Simon and of Robert the son of Jeffrey and the land of Hyndebadeshull, and the land of Hutcheberge and the Bailiwick of Wolverhampton which he kept for his own use for his life”. 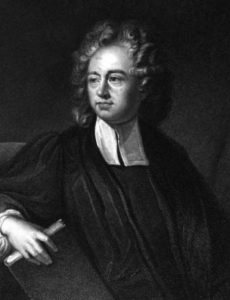 Bentley of West House
The Bentley family tree for this branch of the family comes from Halifax and asserts it is the same family from which Richard Bentley, D.D., Master of Trinity College, Cambridge, and Jeremy Bentley, a Member of Parliament from 1654-1656, sprung. Robert Bentley, son of Timothy Bentley and Betty Green, had, with his wife Elizabeth, daughter of Miles Netherwood of Brockhurst Hall, had three issue together: Robert John, Mary (married Edward Robinson of Westville, Rotherham), and Elizabeth (married John Worthington of Brockhurst Hall). The only son, Robert John Bentley, was an Esquire of West House, Rotheram, York, England, Justice of the Peace, and Deputy Lieutenant born in 1822. In 1844, he married Sarah, daughter of Thomas Hirst of Low House, and had issue with her as follows: Robert, Montagu, Philip Arthur, Netherwood, Lionel Mortimer, Harriet Maud, Constance Sarah, and Agnes Isabel. The Bentley coat of arms is blazoned as follows in the medieval art of heraldry: Or, three bends sable. Crest: A spaniel dog passant, argent. Motto: Vive ut vivas. This family was seated at West House, near Rotherham, England, in present day United Kingdom.

Bentley of West House
This family traces its ancestral roots to an old Lancashire family who for a time lived at Bentley Hall or Bentlie Hall, near Bury, “on the line of the ancient Roman Watling Street”. John Bentley, son of John, lived around the 1750s. He married Mary Craven and had six issue with her as follows: John, Richard, Thomas, Sarah, Mary, and Lydia. His eldest son, John Bentley, Esquire of Birch House, was born in 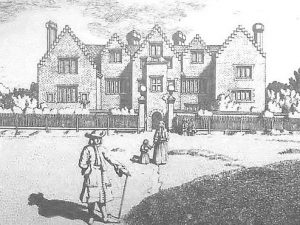 1758. In 1793, he married Ellen, daughter of Richard Lomax of Lomax Fold, Harwood, near Bolton and had one son, also named John. This son, John Bentley, Esq. of Birch House, county Lancaster, and of Portland Place, London was a Justice of the Peace and Deputy Lieutenant born in 1797. In 1836, he married Emma, daughter of Clement Royds of Mount Falinge, and had five issue with her as follows: Francis John Royds, Clement Edward Royds, Algernon Royds, Emma Rhoda, and Adela Constance.

Bentley from Jamestown
William Bentley was born around 1589. He went to Jamestown, Virginia in 1607, which is 12 or 13 years prior to the Pilgrims landing on Plymouth Rock. He came aboard ships named the Phoenix and the John and Francis. According to the book Colonial Surrey by John Bennet Boddie, he charged with manslaughter in 1628 for the death of Thomas Godby at the house of William Parker. It is said “He demanded that ‘he ought not to die and claimed the Benefit of Clergy’ and his life was spared”. According to Geni.com, “In England, when a prisoner claimed benefit of clergy he was asked to read from the bible, the text usually selected by the Court for him to read was the first verse of the 51st Psalm beginning “Miserere mei deus”, “Lord have pity on me”. This was commonly called his “neck Verse”. His wife was named Elizabeth, but her last name is not known. They had two issue together: Richard and William. His son Richard was born in Elizabeth City, Colony of Virginia c. 1636. He married twice: Jade (surname unknown) and Lydia Mann. He had the following issue: Mary, Sarah, Richard, William, and John. His son Richard was murdered by his slave, for which the slave was executed, and stands among one of the earliest executions in America. His sons are discussed as follows: 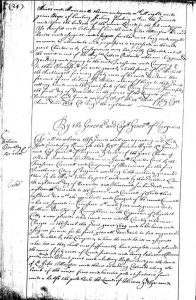 Bentley from Monmouthshire
John Bentley was born in Monmouthshire, Wales c. 1500 AD. His son, George Bentley Sr., was born in the same town c. 1530 AD. George married Barbara, daughter of Coningsby Watts, and had two sons: George and James, the former born around 1560 AD, and the latter born in Bentley, Hampshire, England in 1568 AD. According to the book As The Twig Is Bent, A Bentley Family History, by Ruth Schmidt, “Captain James Bentley of the Royal Stuart Army was captured in the wars with Cromwell. He died a prisoner in Pontefract Castle. His estate was confiscated and his home plundered, but his son, Thomas Bentley, had a small estate in his own rights at Woodlesford in parish of Roshwell, Wakefield, Yorkshire, England. Thomas was married twice. He was a 19th generation descendant of “Drew of Bentley Haye” the first known Bentley (1100 AD) Pontefract is in the county of Yorkshire, east of Wakefield and northwest of Bentley”. 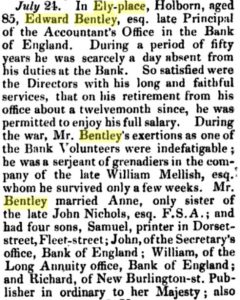 Notables
There are hundreds of notable people with the Bentley surname. This page will mention a handful. Famous people with this last name include:
1) William John Bentley (1947) was a professional soccer (football) player from Stoke-on-Trent, England who plated from 1964-1981 for four teams: Stoke City, Blackpool, Port Vale, and Stafford Rangers.
2) Beverly Bentley (1927) was a professional ice hockey player born in Delisle, Saskatchewan, Canada who played goaltender from 1943-1967 for several different.
3) Walter Owen Bentley (1888-1971) was an English engineer from Hampstead who designed car and aircraft engines, raced cards and motorcycles, and founded Bentley Motors Limited.
4) Jay Dee Bentley is the bassist and co-founding member of the American punk rock band Bad Religion, born in Wichita, Kansas. 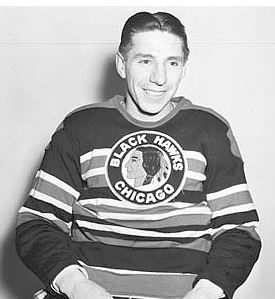 5) Maxwell Herbert Lloyd Bentley (1920-1984) was a Canadian hockey player from Delisle, Saskatchewan who played from 1940-1954 who three teams: Chicago Blackhawks, Toronto Maple Leafs, and New York Rangers. He played in four All-Star Games and won the Hart Trophy in 1946.
6) Frederick Dierks Bentley (1975) is an American country music singer and songwriter, born in Phoenix, Arizona, who has 16 songs that reached number one on the country charts
7) Helen Delich Bentley (1923-2016) was a member of the US House of Representatives from Maryland from 1985-1995, a Republican, born in Ruth, Nevada
8) Elizabeth Terrill Bentley (1908-1963) was an American spy for the Soviet Union active in the early late 1930s and early 1940s, born in New Milford, Connecticut. She named over 80 American who were engaged in espionage.
9) John “Needles” Bentley (1895-1969), also known as Jack Bentley, was a professional baseball pitcher who played in the MLB from 1913-1927 for three teams: Washington Senators, and New York Giants, Philadelphia Phillies, born in Sandy Spring, Maryland
10) David Michael Bentley (1984) is a former English soccer (football) player from Petersborough who played from 2001-2013 for several teams including Arsenal, Blackburn Rovers, and Tottenham Hotspur. 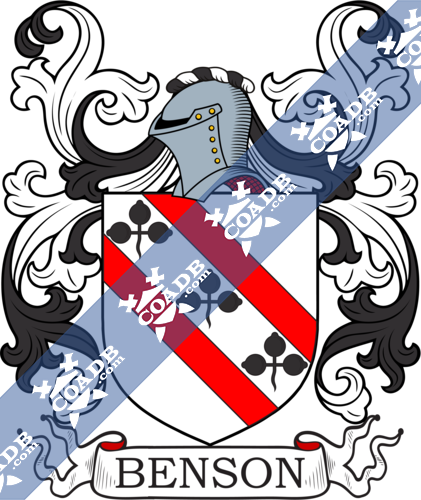 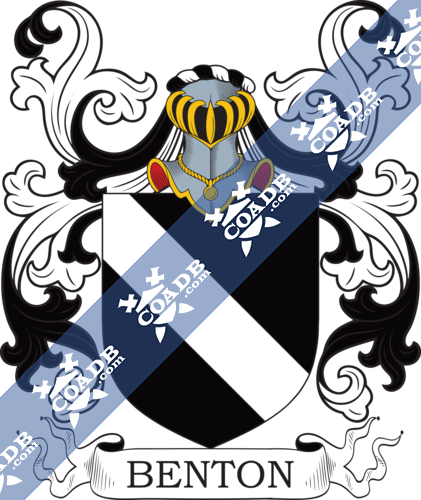