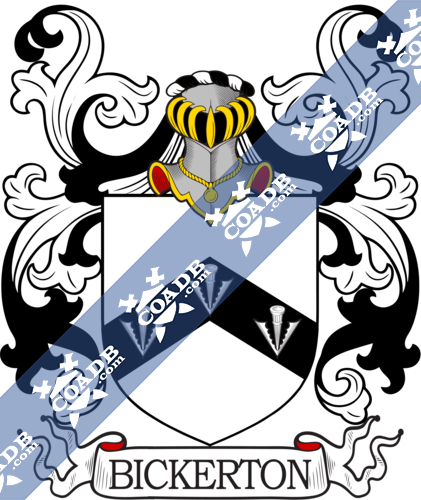 1) (Bickerton, co. Chester, 1330). Ar. on a chev. sa. three pheons of the field.
2) (Essex, and Beby, co. Leiceeter). (confirmed to Thomas Bickerton, of Wicksford, co. Warwick, grandson of Thomas Bickerton, of Beby, co. Leicester, Her. Vis.). Same Arms. Crest—A martlet or.
3) (Upwood, co. Huntingdon, bart., extinct, 1832). Sa. on a chev. or, three pheons of the first; on a canton of augmentation 4) (granted to Rear-Admiral Sir Richard Bickerton, Bart.) gu. a mullet and increscent fesseways (in allusion to the Ottoman order) within a bordure embattled or. Crest—A dexter arm in armour embowed holding a dagger, all ppr.; and as an augmentation, suspended from the arm an escutcheon gu. charged with a mullet and increscent or.
4) (that Ilk, and Lufness, Scotland). Ar. an eagle displ. gu. beaked and membered sa. 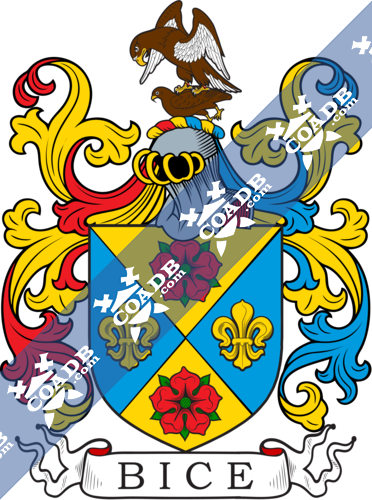 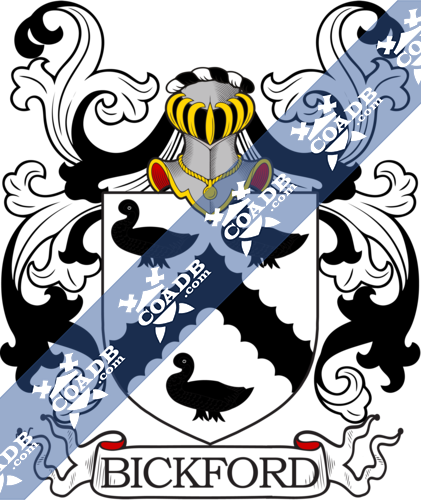