In Europe the practice of using surnames was most commonly attributed to the French aristocracy. However, it was not until the middle ages that the practice took hold for the general population. Up until that era, the only people who engaged in the practice were the nobility but as communities grew and immigration became more prevalent the adoption of the practice of using surnames by the general population served several practical purposes. It gave governments a reliable way to track people for tax and census purposes and it made distinguishing one person from another easier. Those not of the noble class would often be identified by their given name plus their occupation while others may have been identified by their given name and one of their parent’s names. Others may have used surnames which derived from a defining physical trait or a familiar geographical location, a topographical landmark found near the individual’s home or birthplace, or the name of the village in which the person lived.

Literacy was an accomplishment usually found only among the nobility, government scribes, and the clergy, for this reason, most of the earliest recordings of names are found in church or government documents. However, one apparent issue with the record keeping of the time was the lack of continuity in the spelling of many names, a fact which could be attributed to a lack of spelling guidelines in use by the scribes and record keepers. This is apparent in the variations found of the name in the afore mentioned records. Variations in the spelling of the name found in older records include but are not limited to; Bowser; Bowsher; Bouchier; Bowesar; Boucerh,; and Bourchier among others. One of the earliest records of someone bearing a variation of the name, ThomasBelcher, can be found in tax rolls of London dated 1219. The tax rolls, were a series of census and tax records kept by the

English Treasury by order of King Henry III, with the oldest dating back to the 12th century. These documents are considered the oldest concentric set of records documenting English governance in the United Kingdom spanning a period of over seven centuries

After the founding of America, Canada, and other lands abroad, migration began to occur in greater volume than ever before. Some of the first immigrants to America were Hen Bowser who landed and settled in Virginia in 1666.

There are many notable people with the surname Bowser. Sir John Bowser , a noted journalist and politician, was born in London but moved to Melbourne, Australia with his family when he was a young boy. As a young man he briefly relocated to Scotland to attend Edinburgh, University where he studied journalism and English. After graduation he returned to Australia. He settled in Wangaratta and accepted a position managing the local newspaper, the Wangaratta Chronical, which he eventually purchased.

Bowser began his political career in 1894 and retired from politics in 1929. Bowser was knighted in 1927 in recognition of his service.

1) (Stone, co. Gloucester; confirmed by Camden, Clarenceux, 1606). Erm. a cross chequy or and gu. betw. four water bougets of the last. Crest—A demi talbot couped gu. guttee d’or, gorged with a collar or and az.
2) (Kent). Ar. a cross engr. gu. betw. four water bougets sa. within a bordure counterchanged or and of the second.
3) (or Bowsare). (Langley Marsh, co. Bucks). A chev. within a bordure quarterly componee, impaling quarterly two lions conjoined under one head, their tails nowed and erect. 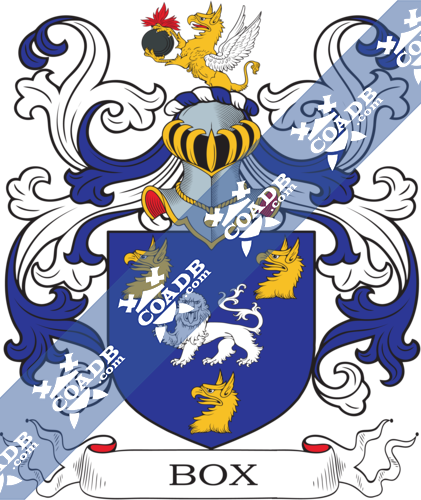