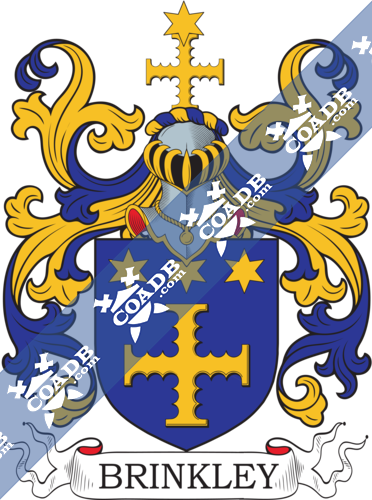 The English surname Brinkley has its origins in one of several sources. It comes from one of the various locations in ancient England called Brinkelai or Brunckele located in Cambridge or Nottingham. The surname is also thought to have originated as a derivative of the given name Bryncaleah; a compound word of which the prefix “Brynca” translates to high and “leah” which translates to clearing of glad.

There are variations of the spelling of this name which include but are not necessarily limited to; Brinkley; Bringle; Bringley; and Brinklow. The variation in spelling of names during this time period can be attributed to a lack of continuity regarding guidelines for spelling. Many of these record keepers were in the habit of spelling phonetically, however, what may have sounded one way to one person may have sounded completely different to another. The issue of multiple spellings of names in records was which was compounded by the diversity of languages in use in European countries at this time.

Surnames in Europe prior to the Norman influence were largely unheard of. In the small settlements and villages which existed during earlier times, residents found little need for surnames as everyone in these communities knew each other and a given name would usually suffice. However, with the passage of time, population growth and expansions of communities as villages gave way to towns and cities, it became necessary to add a qualifier to a people’s names to distinguish them, one from another and to make the keeping of tax and census records easier. Therefore, the Norman Nobels’ practice of surnames gained in popularity. In the creating of surnames for the masses, one person may have been identified by their given name plus their occupation while another may have been identified by their given name and one of their parent’s names. There was a boundless supply from which surnames could be formed, in addition to the use of patriarchal/matriarchal names or reference to the individuals occupation, there were things such as defining physical traits, a familiar geographical location or a topographical landmark found near the individuals home or birthplace, the name of the village in which the person lived, and so much more. Soon, surnames would come not just to represent an individual but whole families.

With the discovery of the Americas and the addition to the British Common Wealth of countries such as Australia, immigration to these new worlds was inevitable. Some of the first settlers on record to America bearing this surname were James Brinkley who landed in 1755 and settled in New England. John Brinkley arrived in 1773 and settle in New England. One of the earliest records of a Brinkley migrating to Australia was Samuel Brinkley who arrived in 1850 and settled in South Australia.

Brinkley was educated at Cambridge University where he received first class student honors and the Smith’s Prizeman, an award give each year to the two most exceptional students in mathematics and physics. In 1791, he was elected as a fellow of the college, received his Masters, and was ordained at Lincoln Cathedral. In 1792, he became part of the faculty at the University of Dublin taking the position of Andrews Professor of Astronomy which also earned him the title of Royal Astronomer of Ireland.

During Brinkley’s career he was also awarded the Royal Irish Academy’s Cunningham Medal which is given out every three years to recognize the outstanding contribution of an individual to scholarship and the objectives of the Academy. In 1824, he was the recipient of the Copley Medal by the Royal Society in recognition of his extraordinary achievements in research in his branch of science.

(confirmed to Richard Graves Brinkley, Esq., of Ardagh and Fortland, co. Sligo, grandson of Rt. Rev. Josn Brinkley, Bishop of Cloyne, and to the other descendants of his said grandfather). Motto—Mutabimur. Az. a cross potent engr. in chief three estoiles or. Crest—On and above a cross potent engr. an estoile all or. 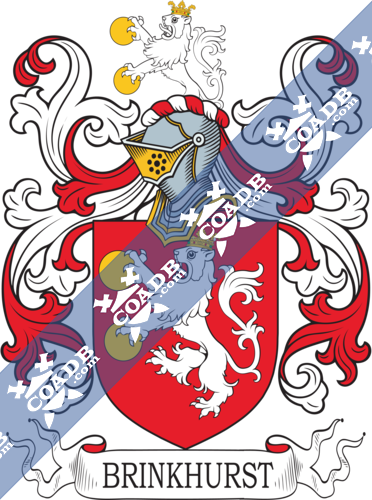 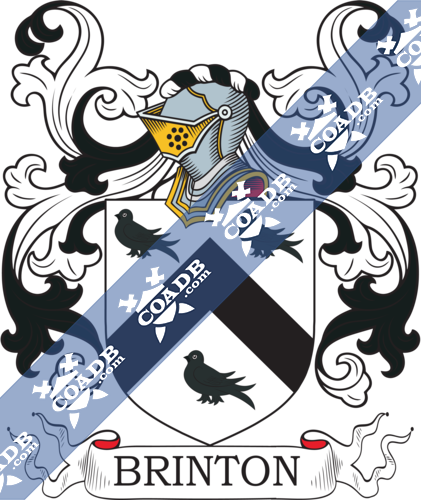