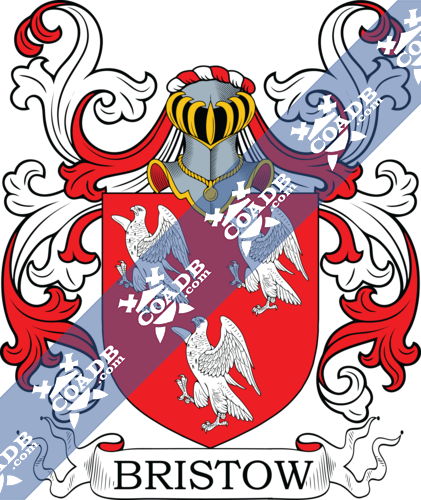 1) (Collyer-Bristow, Crawley, Hants: exemplified to William Collyer, Esq., of Crawley, Hants, eldest son of Andrew Collyer, Esq., late of Farnham, co. Surrey, by Priestley, his wife, sister of John William Bristow, Esq., late of Beddington, co. Surrey, upon his assuming by royal licence, 15 Jan. 1859, the surname and arms of Bristow, in addition to those of Collyer). Quarterly, 1st and 4th, Bristow, erm. on a fesse sa. betw. two cottises compony az., and of the last a sun in splendour betw. two crescents or; 2nd and 3rd, Collyer, gu. on a chev. engr. betw. three boars’ heads erased or, aa many pallets sa., each charged with an oak leaf of the second. Crests—1st, Bristow: A crescent or, therefrom issuant a phoenix ppr. charged on each wing with a cross crosslet az.: 2nd, Collyer: A boar’s head erased or, guttee de sang, in the mouth a staff raguly bendwise gu. Motto—Avance.
2) (or Burstow) (Surrey). Gu. three falcons ar.; also quarterly or and az., in the first and fourth a rose gu., in the second and third a fleur-de-lis of the first.
3) (Ayot St. Lawrence, and Little Bibbesworth, co. Herts, descended from the Burstows or Bristows, of Burstow, in Surrey, and more immediately from Nicholas Bristow, of Ayot St. Lawrence, Clerk of the Jewels to Henry VIII.). Same Arms.
4) (Beesthorpe Hall, co. Notts, and Twyford, co. Derby). Erm. on a fesse cottised sa. three crescents or. Crest—Out of a crescent or, a demi eagle displ. az. Motto—Vigilantibus non dormientibus.
5) (Broxmore Park, Wilts). Same Arms, Crest, and Motto. 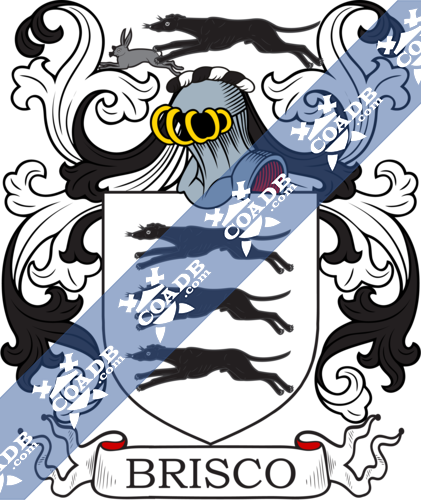 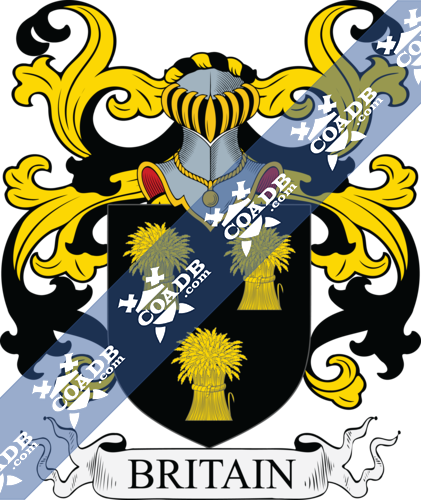