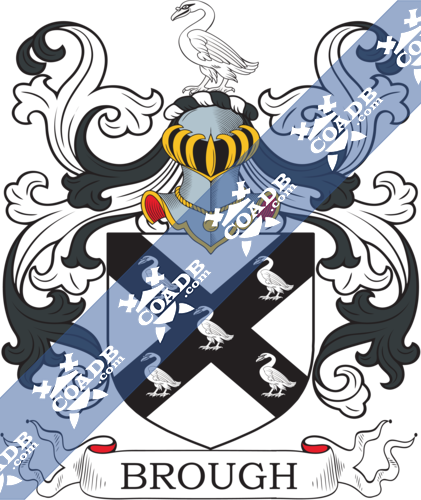 The origin of this interesting name originally evolves from Anglo-Saxon and is a regional name from any one of the different areas so named, of which there are many in Yorkshire and Derbyshire, and other areas, acquiring from the Olde English pre 7th Century “burh” which means “castle, fort.” In most situations, these are the areas of a Roman reinforcement. The name was widely interpreted, but ultimately appeared in Staffordshire, where the pronunciation is frequently “braf.” The surname sometimes dates back to the early 13th Century. More recordings appear such as one William de Brugh (1275) in the Hundred Rolls of Norfolk. Differentiation in the phrase of the spelling forms of the surname consists of Broghe, Broughe, Brouf, Bruff, and Broffe. Robert Brough named in November 1559, at St. Vedast Foster Lane and St. Michael le Querne, London and Phillipp Broughe, son of Robert named in September 1565, at St. Martin Ludgate, Staffordshire. One G. Brough, a famine traveler, moved from Liverpool aboard the “Adam-Lodge” destined for New York in June 1847.

The origins of the surname Brough was found in Orkneys where people held a family seat from early times.

The very first recording spelling of the family was shown to be that of Daniel de Buag, dated about 1219, as a witness in the “Assize Rolls of Yorkshire.” It was during the time of King Henry III who was known to be the “The Frenchman,” dated 1216 – 1272.

Many of the people with surname Brough had moved to Ireland during the 17th century.

Individuals with the surname Brough settled in the United States in three different centuries respectively in the 17th, 18th, and 19th. Some of the people with the name Brough who settled in the United States in the 17th century included William Brough landed in Maryland in 1636. Thomas Brough arrived in Virginia in 1637. Edward Brough also landed in Virginia in 1642. Andrew Brough arrived in Maryland in 1659. James Brough settled in Jamaica in 1685.

Some of the people with the surname Brough who settled in the United States in the 18th century included Heronimus Brough and Heronimus Brough at the age of 21; both arrive in Philadelphia, Pennsylvania in the same year 1743. George Brough came in Savannah, Georgia in 1774, with his wife Barbara, three sons and a daughter. George Brough at the age of 35 settled in Savannah, Georgia in 1774.

The following century saw many more Brough surnames arrive. Some of the people with the name Brough who settled in the United States in the 19th century included Mr. Brough at the age of 45 and Mrs. Brough at the age of 35; both arrived in Mobile, Ala in the same year 1850. John Brough landed in New York in 1819. Charles Brough arrived in Allegany Division, Pennsylvania in 1873.

Some of the people with the surname Brough who settled in Australia in the 19th century included William Brough, an English prisoner from Staffordshire, who shifted aboard the ship “America” in April 1829, coming in New South Wales, Australia. John Brough who also an English prisoner from Lancaster aboard the ship “Anson” arrived in Van Diemen’s Land, Australia respectively in the year 1843. 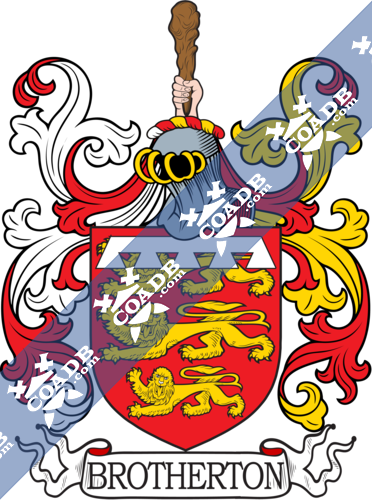 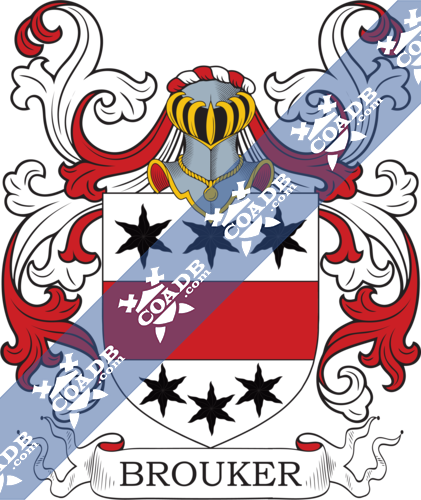