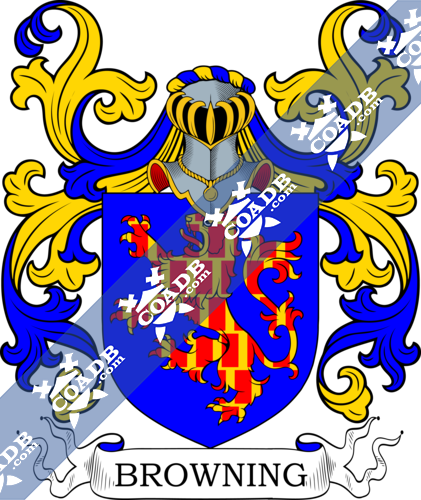 The surname of Browning is of an Anglo-Saxon origin, and develops from the Old English, Pre 7th Century personal name “Bruning,” which comes from a patronymic form of the personal byname “Brun.” This word, “brun” comes from the Old English word which translates to mean “brown” and was used more often than not as a nickname for those with a brownish hair color, a brownish complexion, or someone who often dressed in a brown or brownish garb. This

The first recorded spelling of the surname of Browning was shown to be one Hugo Brunning, who was recorded in the Pipe Rolls of Norfolk in the year 1198. This document was ordered and decreed under the reign of King Richard I, who was known as and commonly referred to throughout history as “Richard the Lionheart” who ruled from the year 1189 to the year 1199. Other mentions of this surname include William Brouning, who was recorded and mentioned in the 1291 Cambridgeshire Feet of Fines, while Richard Brouning was recorded and mentioned in the Register of the Freemen of the City of York in the year 1522. Those who bore the surname of Browning in the country of England could originally be found mostly in the county of Cumberland. Today, those who carry this surname in England can be found in the southern coastal counties of Kent, Hampshire, Devon, and Somerset.

During the 17th Century, citizens in Europe began to be dissatisfied with the leadership in their homeland. These people were looking for a new life, and thus began to emigrate out of the country of their birthplace and move on to a new place. Often during this time period, this place was the United States of America, which at that time was referred to as The New World or The Colonies, because America promised freedoms that were not afforded to these citizens on their home soil. The freedoms that America promised were freedom from religious persecution, the promise of better living conditions, the promise of the capability to acquiesce land, and the promise of no taxation without proper representation. The first person to bear the surname of Browning and arrive on American soil was one John Browning, who settled in the state of Virginia in the year 1621. Shortly after him, in the year 1635, George Browning, Geo Browning, Jon Browning, and Joseph Browning all arrived in the state of Virginia. It is possible that more people who bore this surname attempted to journey to the New World, but were not able to survive the harsh living conditions of the transportation ships. Those who bear the surname of Browning can be found in the states of Ohio, Pennsylvania, Virginia, Illinois, Texas, Missouri, California, Kentucky, and the state of Georgia.

James L. Browning Jr. (1933-2016) who was a United States Attorney for the Northern District of California from the year 1969 to the year 1977, and was an jurist from America

Brigadier-General Albert Jesse Browning (1899-1948) who was the Director of the Purchases Division of the Army Services Forces from the year 1942 to the year 1944, an was an American citizen

Blanche B. Browning, who was an Alternate Delegate to the Democratic National Convention from Pennsylvania in the year 1956, and was also a Democratic politician from America

1) (Cambridge). Az. a lion ramp. or, billettee gu.
2) (Cowley, co. Gloucester). Barry wavy of six ar. and az. Crest—A sinister arm from the elbow issuing from a cloud in the dexter, holding the hand above a serpent’s head, erect from the middle, and looking toward the sinister ppr.
3) The same; adding an orle of martlets sa.
4) Barry undee ar. and az.
5) Az. three bars wavy ar. 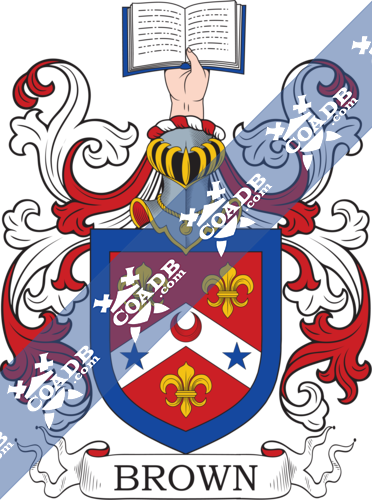 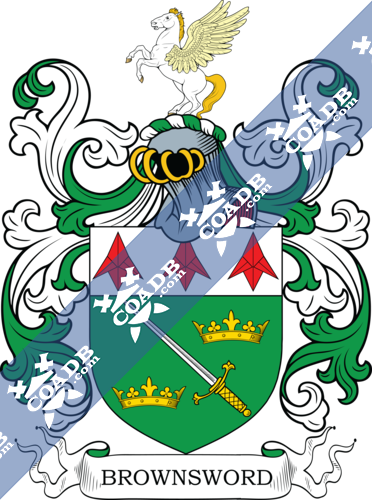