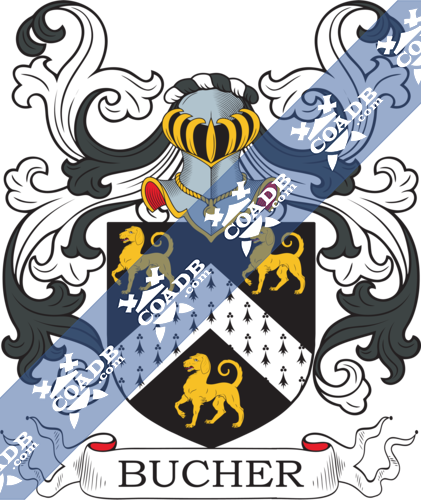 This interesting surname is of French origin and is a professional name for a butcher or slaughterer, an important occupation in early England.  The origin is from the Old French “bouchier” and the Middle English development “Bo(u)cher”. More common variations are: Boucher, Baucher, Beucher, Buecher, Bucheru, Buchera, Buchear, Bhucher.

The surname Bucher first appeared in Bavaria, where the name Bucher made a great early donation to the feudal society of early Europe. The name Bucher became famous in local affairs and branched into many houses where members continued to play important roles in the savage tribal and national struggles, which produced an each group sought to enhance its power and status in an ever changing territorial profile.

The very first recording spelling of the family was shown to be that of Ailwardus Le Bochere, dated 1184, in the Pipe Rolls of London. It was during the reign of King Henry 11, who was known as “The Builder of Churches”, dated 1154-1189.  Surname all over the country became a necessity with the introduction of personal taxation.  It came to be known as Poll Tax in England.  Surnames all over the country began to develop with unique and shocking spelling varieties of the original one.

1) (Middlesex). Sa. a chev. erm. betw. three talbots pass. or.
2) Per fesse sa. and or, a tree couped and eradicated, counterchanged.
3) Quarterly or and gu. a canton erm. and bordure sa. bezantee. 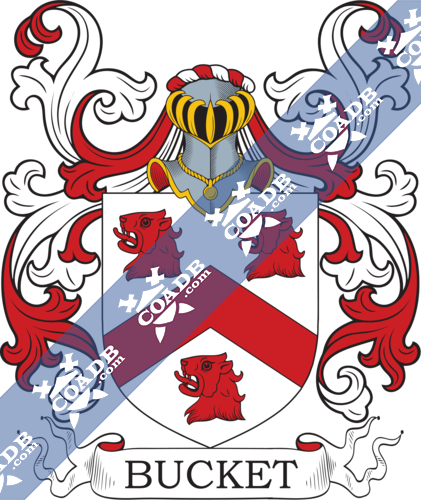