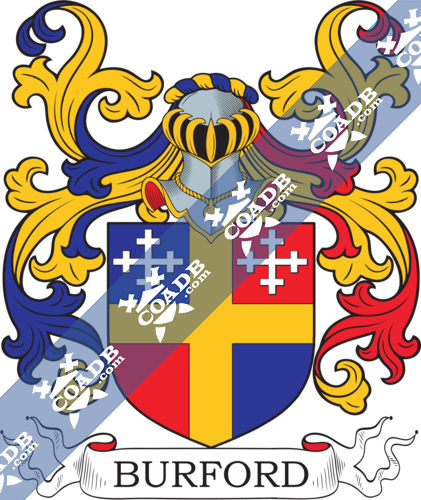 This fascinating name is of English origin and is a locational name from “Burford” in Oxfordshire. Listed “Beorgfeord” in 752, in the Anglo-Saxon Chronicles and “Bureford” in the Domesday Book 1086, or an area of a similar name in Shrospshire, which was known as “Bureford” in the Domesday Book. The old area was the combination of the components “beorg”, the Ancient English pre-seventh Century word for slope, and “ford”, a Ford. But can also be similar to the latter areas which contain the Ancient English word “burg”, protected area, region (the same element in area names) also the second component “ford”. John de Burreford is listed in the premium Rolls of Sussex in 1327, and William de Berford was a Freeman of York in 1328.

The surname Burford has been found in Shropshire where they held a family seat from very ancient times, some say well before the Norman Invasion and the entrance of Duke William at Hastings in 1066 A.D.

The very first recorded spelling of the family was shown to be that of Clement de Bureford, dated 1186, in the Pipe Rolls of Oxfordshire. It was during the time of King Henry II who was known to be the “Builder of Churches,” 1154 – 1189. The origin of surnames during this period became a necessity with the introduction of personal taxation. It came to be known as Poll Tax in England. Surnames all over the country began to develop, with unique and shocking spelling varieties of the original one.

Some of the people with the surname Burford who settled in the United States in the 19th century included Joseph Burford at the age of 54, landed in New York in 1812. Peter Burford, who landed in Allegany (Allegheny) Division, Pennsylvania in 1823. Josiah Burford and Eli Burford both arrived in Allegany (Allegheny) County, Pennsylvania in the same year in 1844. N Burford, who landed in San Francisco, California in 1850.

Anne Gorsuch Burford (1942–2004), was an American lawmaker and a famous politician. Between the years 1981 and 1983, she was known as Anne M. Gorsuch. She served under President Ronald Reagan as the first female head of the Environmental Protection Agency (EPA).

Della Burford (born 1946), was a Canadian actor and author.

Gordon Burford (1919–2010), was an Australian model engine maker and designer.

Nathaniel Macon Burford (1824–1898), was an American politician and lawmaker.

Priyanga Burford was a British artist and author.

Richard Burford (born 1946), was an American farmer and congressman. 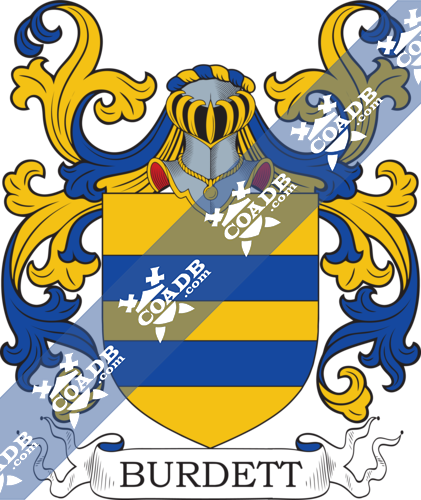