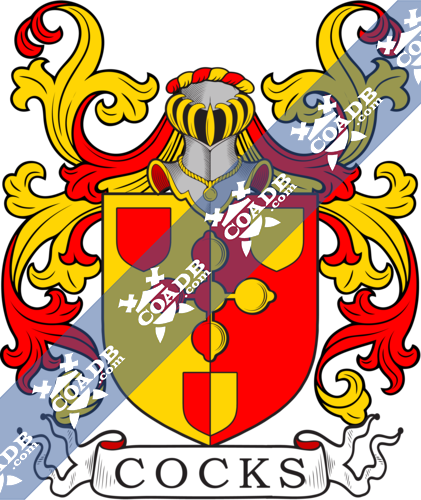 This interesting surname has many possible sources. The first may have started as a pet name for the bird, the cock, acquiring from the Olde English pre 7th Century “cocc,” and used for a young boy who walked proudly like a cock. The nickname may also have related to a real leader, or an old riser, or an active or determined individual. It may also have acquired from the Olde English appropriate names “Cocc” or “Cocca,” appeared in place names, although not on free record. But as “cock” became a popular term for a boy, it may also have been used affectionately as a specific name. The third possibility is that it may be of geographical origin for a “resident by the hill,” acquiring from the Olde English “cocc” which means haycock, hill or hillock. In London, it perhaps started from the sign of a house or hotel. One William le Cock seems in the Staffordshire Forest Pleas (1271), and Hugh ate Cocke, recorded in the Premium Rolls of London (1319). In the new phrase, the surname has many various spellings containing as Cock, Cocke, and Cocks. In October 1556, Alicea Cox married Burkrave Westdrop at St. Martin in the Fields, Westminster, London.

The origins of the surname Cocks appeared in Herefordshire where people held a family seat from old times. Someone say better before the invasion of Normans and the entrance of Duke William at Hastings1066 A.D.

The very first recording spelling of the family was shown to be that of Aluuinus Coc, dated about 1086, in the “Domesday Book of Cambridgeshire.” It was during the time of King William 1st, who was known to be the “The Conqueror,” dated 1066-1086. The origin of surnames during this period became a necessity with the introduction of personal taxation. It came to be known as Poll Tax in England.

Many of the people with surname Cocks had moved to Ireland during the 17th century.

Individuals with the surname Cocks landed in the United States in two different centuries respectively in the 17th, and 18th. Some of the people with the name Cocks who arrived in the United States in the 17th century included William Cocks arrived in St Christopher in 1635. Win Cocks landed in St Christopher in 1635. Edward Cocks, who came to Virginia in 1651. George Cocks and John Cocks, both landed in Maryland in the same year 1662.

The following century saw much more Cocks surnames arrive. Some of the people with the name Cocks who arrived in the United States in the 18th century included Hen Cocks, who came to Virginia in 1701. Philip Cocks, who landed in New England in 1722. James Cocks landed in America in 1772.

Some of the population with the surname Cocks who arrived in New Zealand in the 19th century included Edward Cocks and Louisa Cocks, both arrived in Auckland, New Zealand aboard the ship “Claramont” in the same year 1863.

Clifford Cocks was a British cryptographer.

Richard Cocks was an English merchant in Japan in the seventeenth century. 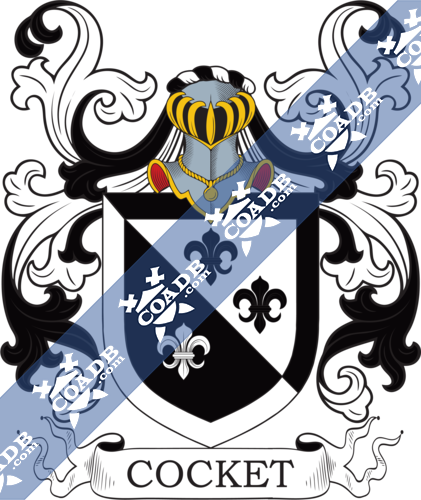 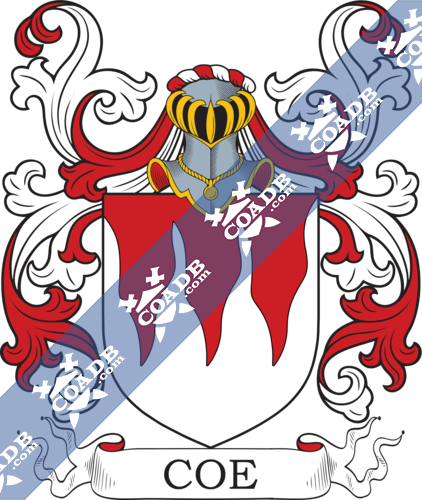