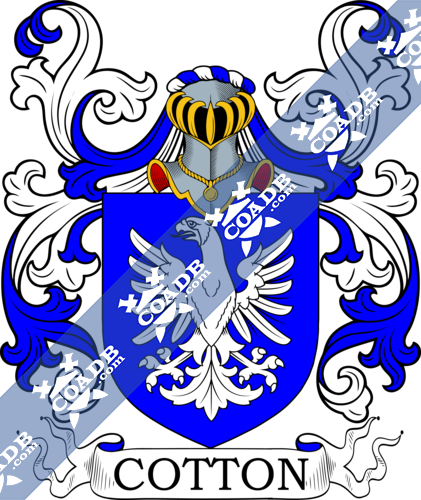 The Cotton surname is of an Anglo-Saxon derivative, from the Old English “cotum” which means “cottages.” “Cotum” referred to when families lived in similarly named areas throughout England. Cottom, Cottam, and Coatham are all early spellings of what eventually evolved into the surname Cotton. The spelling, however, is locational, and it depends where the named Cotton is from that determines how their surname is pronounced and spelled. Oftentimes, those with the last name Cotton are migrant workers who moved to a new place looking for employment. For example, Cottam is found in the East Riding of Yorkshire and Nottinghamshire (near Retford), whereas Coatham is found in Nottinghamshire and the North Riding of Yorkshire. Various spellings can be found throughout history and vary by location. All of these spellings of the surname stem from the same Old English phrase “aet cotum,” which means “at the cottages.” This makes the surname Cotton, and all of it’s variant spellings, a topographic surname. This means that their name was derived from the area of which they resided, and based on physical features of that area, such as mountains, lakes, hills, churches, streams, and different classes of trees.

The earliest recording of the Cotton surname was in the late 12th century in the 1212 Pipe Polls of Yorkshire. Ralph de Cottum was recorded in this event, and the “–um” ending of his surnames is today only preserved in the northern counties of England. Later in history, the Cotton surname in it’s wholeness, was first recorded in the “Pipe Rolls of Worcestershire” in 1185. Randulf de Cotton was the first recorded person to have the Cotton surname in history. Twenty-seven years later, in a London Church Register, the name resurfaced. On September 21, 1582, Raphe Cotton was christened at Snaith. Two hundred years later, Sarah Cottham, daughter of William Cottham, was christened on January 16, 1701 at Great Mitton. Cotton, Coton, Coatham, Cottum, Cotham, and Cottham are all locational variances of this name. Cotham is found near Newark in Nottinghamshire, while in the Midlands, Coton is found in Cambridgeshire and Oxfordshire and Cotton is found in Shropshire an Northamptonshire. These names vary by location due to the migrant workers that landed there, searching earnestly for work of any kind, or to relocate their families. The derivative for all of these surnames is the same, which is “cotum,” which directly translates to cottages. These spelling variations were often due to the lack of literacy in the Middle Ages. Names were written as they were heard, which contributes to the multiple spellings of this last name, in conjunction with the migrant workers in England.

The surname is found in many locations in Scotland bearing the same name. Most notably Perthshire, Angus, Kincardineshire, and Aberdeenshire. Cotton was a common place name in Fife during the 17th century.

Paul Cotton (born in 1930) Diplomat in New Zealand, who was the non-resident High Commissioner to Tonga from 1975-1976

Mr. A. Cotton (died in 1912) Twenty-six-year-old Southampton, Hampshire native who was an English Trimmer, and who worked on the RMS Titanic, where he sunk to his death in 1912

(Bellaport, co. Stafford, and Etwall, co. Derby, descended from the Cottons of Ridware). Az. an eagle displ. ar. armed gu.”
23) (Cotton-Ridware, and Connington, 1572). (Getting Abbots, co. Huntingdon; a branch of the Connington family: the heiress, Jane, to. Basil Fitzherbert, Esq., of Norbury and Swinnerton). Az. a bend ar. betw. three plates.
24) (confirmed by the deputies of Camden, Clarenceux, to Philip Cotton, of Woodcote, co. Warwick, grandson of Richard Cotton, of Welton, co. Leicester. Visit. Warwick). Az. an eagle displ. ar. Crest—Out of a ducal coronet or, an eagle displ. ar.
25) (confirmed to Ven. Henry Cotton, LL.D., Archdeacon of Cashel, and Rector of Thurles, co. Tipperary). Motto—With God’s blessing. Az. an eagle displ. ar. on a canton of the last a cross crosslet sa. Crest—Out of a ducal coronet a demi-eagle displ. or, charged on the breast with a cross crosslet sa. 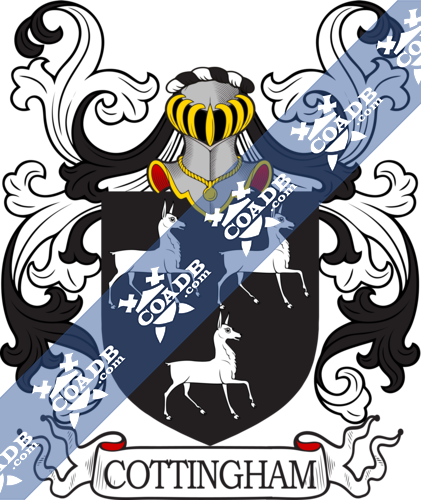 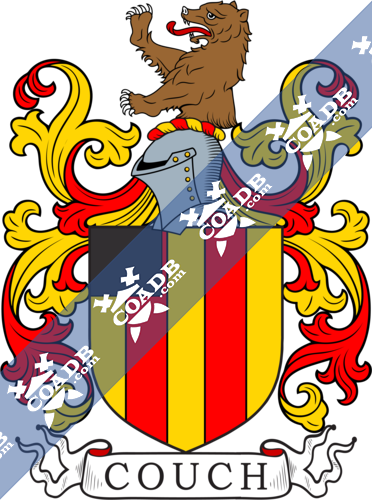