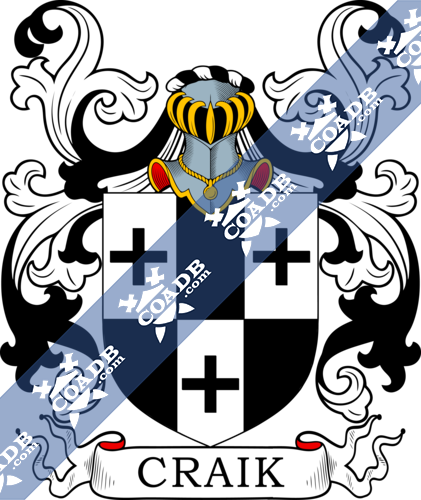 It is of English geographical origin from a place in Norfolk named as Creake, noted differently as Creic, Creich, and Suthcreich in the Domesday Book of 1086. The latter relates to South Creak as different from North Creak. The name acquires from the Olde Welsh “Creic” which means rock. It is also possible that the name acquires from Crayke in the North Riding of Yorkshire, also noted as Creic in the Domesday Book, and thought to have same origins. The surname from this source was first listed in the second half of the 13th Century. The name Creak was especially well listed in Norfolk Parish Records from the late 16th Century onwards. In December 1580 one, Margaret Creak named in St. Mary’s, South Walsham and in January 1584, Thomas Creak and Margary Leath married in West Rudham.

The surname Craik first appeared in Yorkshire where they held a family seat from old times. Craik is also a hamlet in Craik Forest, by the Airhouse Burn in the Scottish Borders.

The very first recording spelling of the family was shown to be that of Ralph Crake, dated about 1273, in the “Hundred Rolls of Yorkshire.” It was during the time of King Edward 1st, who was known to be the “The Hammer of the Scots,” dated 1272-1307. The origin of surnames during this period became a necessity with the introduction of personal taxation. It came to be known as Poll Tax in England. Surnames all over the country began to develop, with unique and shocking spelling variations of the original one.

Many of the people with surname Craik had moved to Ireland during the 17th century.

The following century saw much more Craik surnames arrive. Some of the people with the surname Craik who arrived in the United States in the 20th century included

Donald Craik (August 1931 – September 1985) was a leader in Manitoba, Canada. He was a Progressive Conservative representative of the Legislative Assembly of Manitoba from 1966 to 1981 and gave services as a cabinet minister in the governments of Walter Weir and Sterling Lyon. He was born in Baldur, Manitoba, Craik trained at the University of Manitoba and the University of Minnesota, earning his Master of Science and Master of Education degrees.

William Craik (1761–1814), was a United States Representative from Maryland.

1) (Fraserburgh, 1672). Motto—Providence. Per fess az. and sa. a ship under sail or, masts, sails, and tacklings ppr. Crest—An anchor ppr.
2) (Colston-Pytte, co. York). (Ganton, Ryton, and Heslarton, co. York). Per fesse ar. and sa. a pale counterchanged, and three crosses of the second.
3) Ar. a fesse betw. three jays sa. Crest—An eagle’s leg erased at the thigh ppr.
4) (Scotland). Per fess ar. and vert, in chief three roses gu. in base a ship’s sails furled or. 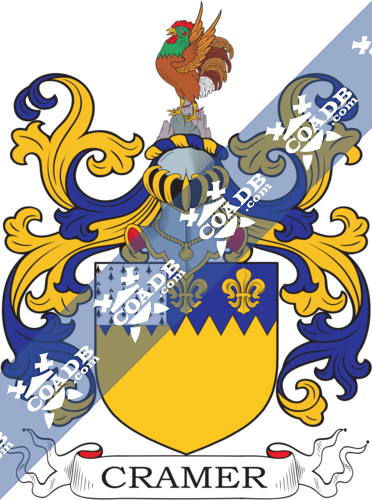