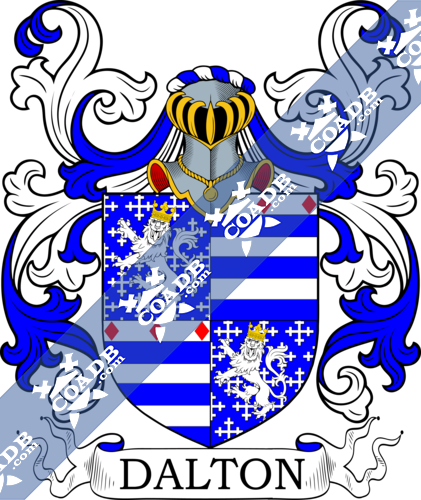 The surname of Dalton comes from Northern England, and is believed to derive from the Ole English Pre 7th Century word “doel” which its translation is to mean a valley, or “dale” or “tun” which both translate to mean a farm or settlement. This name is most likely found in the hilly districts of England.

The known first recorded spelling of the surname of Dalton is in the year 1273. This name, one Henry de Dalton, who was noted and recorded in the Hundred Rolls of Northumberland during the reign of King Edward I, who was also sometimes referred to as “The Hammer of the Scots” and ruled from the year 1272 to the year 1307. Other mentions of this surname of Dalton occur in various church documents and survey documents taken around the country of England throughout history. William de Dalton was also mentioned in the Hundred Rolls of Northumberland in the same year, 1273, under the rule of King Edward I, which Richard de Dalton was mentioned and recorded in the city of London in the year 1239. In the Poll Tax Rolls of 1379, Johannes de Dalton of Yorkshire was mentioned, and in the siege of Calais France in 1345, Sire Robert de Dalton, who was believed to be a Yorkshire knight, bore the Dalton coat of arms in battle. Those who bear the surname of Dalton are found in the counties of Lancashire, Yorkshire, Durham, Northumberland, Kent, and the city of London.

In the country of Scotland, those who bear the surname of Dalton are found across the countryside. Those with this surname are highly concentrated in the areas of Lanarkshire, Midlothian, Aryshire, and Perthshire.

During the early 1600’s, it became common for settlers from Europe, specifically England, to move from their home country in search of a new life. These people were often seeking freedom from religious persecution, as well as a better life, with better living conditions. These people sought out this new life in the United States of America, which at that time was called the New World or the Colonies. The first person to make it to the United States to start their new life with this surname was one Philemon Dalton, who was a linen weaver and arrived aboard the ship which was named the “Increase” in the year 1635. Also that same year, Samuel Dalton and his son, also named Samuel Dalton, who was aged just five years of age, landed in Hampton, New Jersey in the year 1635. Shortly after them, William Dalton arrived on the ship named the “Goodfellow” in the year 1654, and he was sent under the command of the English Government, after taking part in the Cromwellian Invasions of Ireland. Those settlers who arrived in the United States of America settled in the states of New York, Illinois, Massachusetts, Oklahoma, Texas, California, West Virginia, Ohio, Virginia, Georgia, Missouri and the state of Tennessee. It is possible that more people with the surname of Dalton attempted to make the journey to the New World, but were stricken with illness and starvation aboard one of the transportation ships, thus dying en route.

George Dalton (born in 1947) who was an American playwright

Henry Dalton (born in 1847) who was an American physician

Alexandre Dalton, who was a French Divisional General during the French Revolutionary and Napoleonic Wars from 1789-1815

Mr. Lionel Sydney Dalton (1902-1941) who was an Australian Commander (E) from Mosman, New South Wales, Australia, who sailed into battle aboard the HMAS Sydney II on November 19, in the year 1941, and died in the sinking 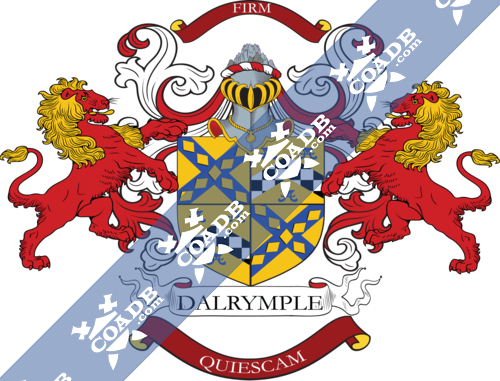 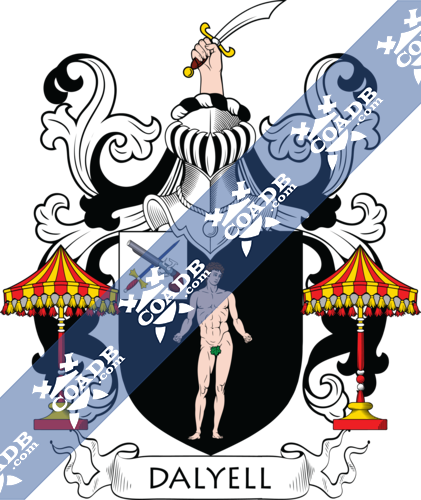