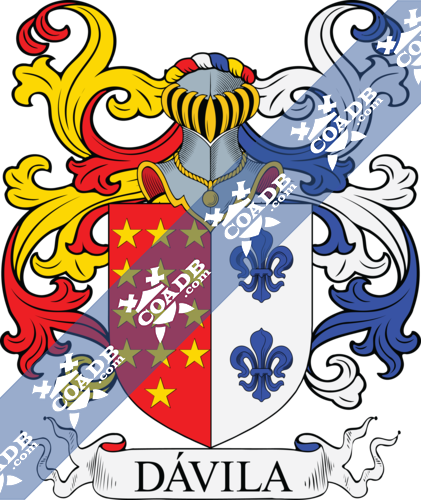 Surname Meaning, Origin, and Etymology
The surname Davila is original from Spain during the middle ages and it has a close relation with the surname Avila because they both can be considered as a spelling variation of the other. This phenomenon happened thanks to their nature, they both are local surnames that were used by people that lived or owned lands in the city of Avila. After it was taken for its first bearers, it was passed from father to children.

Davila also has deep roots in the Spanish region of Galicia and also in the other Iberian country, Portugal. Actually, in Galician and Portuguese, Davila has another possible origin, although it remains its local character. Davila would mean “from town or a village” because in those languages that phrase was pronounced like “de la villa (vila)” and with the pass of time it became “da vila”. The surname was very popular in Castile and the first record of a bearer talks about Don Gómez Dávila, Sixth Lord of San Román, Velada, and Guadamora, who received the title of Marquis by King Felipe II on October 30, 1557.

Local surnames were one kind of surname that was most used in the Medieval Age, thanks to its ease of being assigned. However, they have the feature that not all of its bearers belong to the same family because they didn’t have to be related to receiving this last name, they only needed to be from the city of Avila or to be marked as someone “from a village” by their new neighbors.

Spelling Variations
During the middle era in Europe, it was common that a single surname count on many spelling variations that with the pass of the years, will lead to new surnames. To understand why this happened it is necessary to remember that in that time, there weren’t the grammatical rules that we have today, so there was not an exact right way to write the words. The consequence of this was that many people write their names and surnames differently because they didn’t count on a proper guide. There were other factors like the mix of languages, wrong translations and the evolution of languages. In the particular case of Davila, there is also the fact that this surname had spelling variations on Spanish and Portuguese.

The Spanish spelling variations are Avila, de Avila, Avilés, Aviles, Dávila, Davila, Dávilla and many others. Dávila and Davila are considered two different variations because of the accent mark that plays a key role in Spanish to distinguish words. The Portuguese spelling variations of Davila are D’Avila, Da Villa, D’Avilla, Devilla, Davilla, De Villa, Avila, Avilla, Villa and many others. They are the same variations that of Avila, because of their shared origin.

Popularity & Geographic Distribution
In current times Davila had a very low popularity, actually, according to the census of 2014 it holds the 1,132nd position in the ranking of popularity of the surnames and it only has approximately 468,676 bearers in the whole world. The biggest amount of bearers of Davila is located in Mexico, the second biggest amount in Peru and the third in Venezuela. The highest density of Davila is in Nicaragua.

Early Bearers of the Surname
Even when nowadays Davila is not a popular surname, there are some records of old bearers such as Don Diego Velázquez Dávila y Bracamonte who was made Count of Uceda in 1581, this title later change into Marquis of Loriana in 1599 and it was held for Juan Velázquez Dávila y Guzmán, Enrique Dávila Guzmán y Toledo who became the Marquis of Povar on February 16, 1612, Bartolomé Benito Dávila y Flórez who was made Count of Gil by King Carlos II on June 4, 1696, this same King also made Count of Villamarta-Dávila to García Dávila y Ponce de León on December 11, 1699 and Jerónimo Dávila who was made Marquis of Graniña by King Felipe V on July 18, 1714.

Mottoes
We were unable to locate any documented mottoes for the Davila family.

Grantees
We were unable to locate any documented grantees for the Davila family. 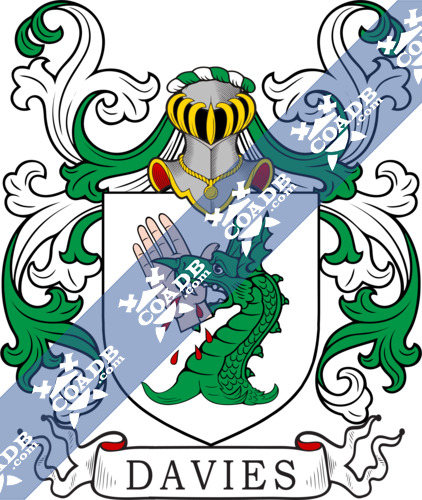