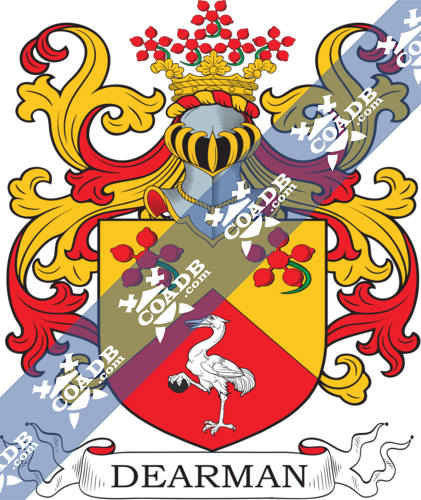 The origin of this interesting and unique surname originally evolved from Anglo-Saxon. It has two possible origins. The first origin of the name may be from the Middle English (1200 – 1500) name “Dere”, and from the Olde English pre 7th Century “Deora”, a shortened form of different combinations of names with the first component “deor”, which means dear. In this meaning, the definition is “loved or dear,” and was then combined with the Olde English word “mann,” which means person. The second origin of the name is probably from a nick name, acquired from the Middle English word “dere”, from the Olde English “deor”, which means untamed animal, or from the adjective of the similar type, which means “untamed, wild”, and the Olde English word “mann”, which has the same meaning as earlier – a person. By the Middle English the name began to be limited to the latest English name “deer,” which means a deer or wild animal, so probably was used in this sense in some situations. The name was first listed as “Derman” in the Domesday Book of the year 1086. Listed in the London Parish Records are the weddings of Richard Dorman and Agnes Rybbie in October 1558 at St. Leonard’s, Eastcheap, and of William Dorman and Margarett Holte in August 1572 at St. Giles’, Cripplegate. A royal monogram gave to the family is blue three tiger’s faces silver, at the peak being a lion’s paw having a naming weapon.

The origins of the surname Dearman were found in Essex where people held a family seat from early times. Some say before the success of Normans and the entrance of Duke William at Hastings1066 A.D.

The very first recording spelling of the family was shown to be that of William Derman, dated about 1201, in the “Curia Regis Rolls of Yorkshire.” It was during the time of King John who was known to be the “Lackland,” dated 1199-1216. The origin of surnames during this period became a necessity with the introduction of personal taxation. It came to be known as Poll Tax in England. Surnames all over the country began to develop, with unique and shocking spelling variations of the original one.

Many of the people with name Dearman had moved to Ireland during the 17th century.

The following century saw much more Dearman surnames arrive. Some of the people with the name Dearman who settled in the United States in the 19th century included Charles Dearman who arrived in Philadelphia in the year 1858.

Some of the people with the surname Dearman who settled in Australia in the 19th century included Jacob Dearman who was an English prisoner from York, aboard the ship “Albion” in May in the year 1828, coming in Van Diemen’s Land, Australia. Thomas Dearman at the age of 27, who was a worker, came to South Australia in the year 1855 aboard the ship “Caroline.”

Glyn Dearman (1939–1997), was a child actor whose performances stretched over about twenty years.

James Dearman was born in 1808 and named in January 1808 at Darnall, Sheffield. He died in September 1854. He was an English professional cricket player who played from the year 1826 to 1846.

Jill Dearman was a writer, referee, producer and star gazer.

John Dearman was a Grammy Awarded average guitar player and one of the founding representatives of the Los Angeles Guitar Quartet (LAGQ).

Louise Dearman was born in March 1979. She is a British entertainer and musician, most famous for her performance as the character of Glinda and Elphaba in the West End performances of Wicked. Currently, she is the only artist to have performed both roles.

Per chev. or and gu. in chief two cinquefoils of the second, stalked and leaved vert, and in base a crane ar. in the dexter foot a stone sa. Crest—Out of a ducal coronet or, five cinquefoils, as in the arms. 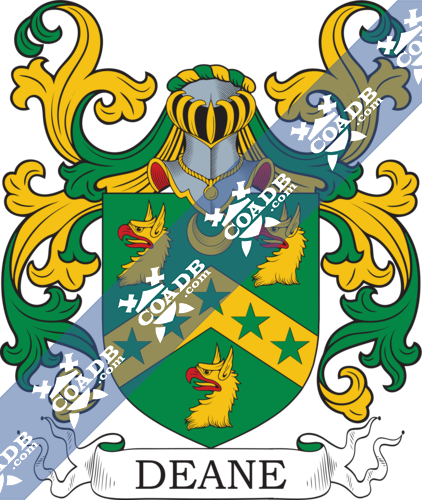 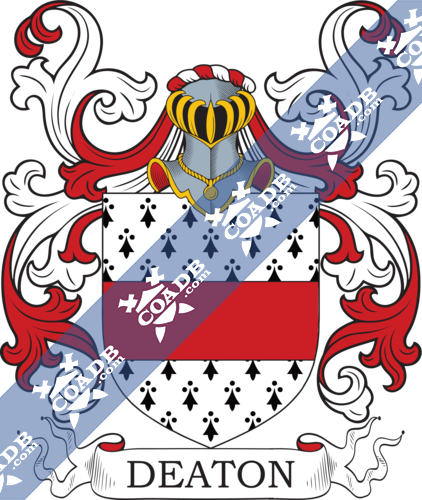