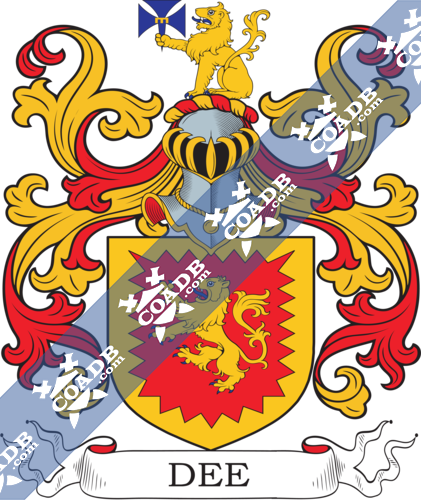 The surname Dee is a popular surname and has various possible origins from three different areas. Primarily it was considered to have roots of Welsh origin that evolved from the nickname of a swarthy person of that time, the word has its formation from Welsh “du”, which stands to be the meaning of something dark or black. Also, the second assumption is believed to be of an Irish origin, that is built upon from the Gaelic O’ Deaghadh, this seems to be composed of some elements named “deagh” which is defined to be ‘good’ and “adh” which means luck or fate. Finally, the last possible origin is one which is topographical for someone. It is assumed to have a name of anyone who tends to reside in the banks of the river Dee situated in Cheshire or of the same name in Scotland. However, the origins for both of these British words is defined to mean “sacred”, the British language being used here is the ancient and extinct Celtic language that of the ancient Britons. Variations of spellings for surnames remained a necessary factor, that occurred due to mixing of Olde English and many other languages before there was a formal structure. Pronunciation stood to be a major factor, as people at that time tried to spell having depended on the way a name was pronounced, leading to multiple spelling structures in different areas. This necessity arose from the implementation of personal taxation which came to be known as the Toll Tax in England.

The surname had its origin in Scottish form, first recorded in the residence that was situated beside the bank of river Dee, in Aberdeenshire, a historic country that in the present day is a part of the Council Area of Aberdeen, now a Grampian region of northeastern Scotland. An early recorded version in church is of the marriage ceremony of Thomas Dee with Sarah Wels that happened in the year 1625 which took place at St. Peter’s Paul’s Wharf in London while another marriage was recorded of Humphredus Dee with Maria Trueman and took place on May 14 in the year 1693 in Heswall, situated at Cheshire. The earliest recording of the surname spelling was of a family listed as Anne Dee on Octover 17 in the year 1546 who married Chrystofer Thornton, in London at the St. Stephan’s Coleman’s street. It was during the time of King Henry VIII well known as the “Bluff King Hall”, (1509-1547).

Peter Dee who arrived in Australia sometime in between 1825 and1832, whereas Isaac Dee arrived in south Australia in the year 1851, and Thomas Dee in 1851.

Bob Dee, was a successful footballer.

Kiki Dee (1947), was a famous singer, noted for having a remarkable singing tone.

Daisy Dee (1970), is a multi-talented woman who sang, acted, and has hosted television shows.

1) (Mortlake, co. Surrey; the creat granted 3 July, 1576, to Dr. John Dee, thye astrologer, by Cooke, Clarenceux.) Motto—Hic labor, and resting the sinister gamb on a pyramid ar. thereon a label with thia Motto—Hoc opus. Gu. a lion ramp. or, within a bordure indented of the second. Crest—A lion sejant guard, or, holding in the dexter gamb a cross formee fitchee az. on the croas a label with this
2) Or, a lion ramp. and bordure engr. gu. 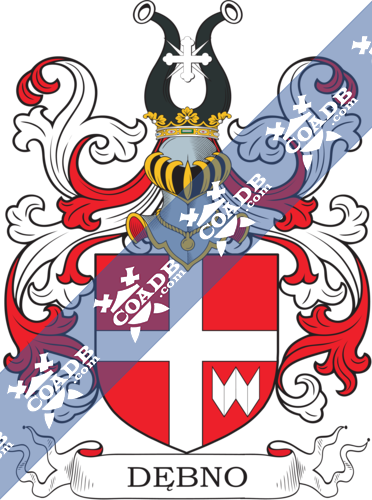