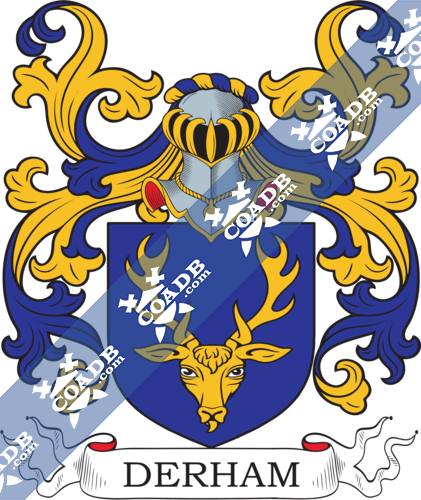 Listed as Durham, Derham, Durram and possibly others, this is an English surname, which is also well noted in Ireland. It is locational and can be either from the city of Durham in North East England, Dereham hamlets in the division of Norfolk. Durham City, known as the seat of the Prince Priests, noted as Dunholm in the year 1000 a.d, and as Dunhelme in Historia Anglorum, dated 1122. The origin is from the pre 6th-century words “dun holmr,” meaning an island of advanced land partly enclosed by streams, as actual a representation of Durham is possible. However, the two hamlets called Dereham and meant the deer farm, in the division of Norfolk, was first listed in the Domesday Book of 1086 as Derham, have also given rise to the surname. The surname was first noted in the 12th Century, while other records include William de Durham in the Fines Court Rolls of Essex in 1236, and Robertus de Durham, who was one of twelve Scottish champions selected to settle the laws of the marches in 1249. John de Derham shows in the Hundred Rolls of landholders of Norfolk in 1273, while much later Sir Philip Durham (1763-1845), was injured at the Battle of Trafalgar in 1805

The surname Derham first appeared in Norfolk at East and West Dereham which records back to at least the Domesday Book where it noted as Dereham and meant “home where deer are kept” having acquired from the Old English doer and ham or hamm.

The very first recording spelling of the family was shown to be that of Osbert de Dunelm, dated about 1163, in the “Pipe Rolls,” London. It was during the time of King Henry II who was known to be the “The Builder of Churches,” dated 1154 – 1189. The origin of surnames during this period became a necessity with the introduction of personal taxation. It came to be known as Poll Tax in England. Surnames all over the country began to develop, with unique and shocking spelling variations of the original one.

Many of the people with surname Derham had moved to Ireland during the 17th century.

The following century saw more Derham surnames arrive. Some of the people with the surname Derham who arrived in the United States in the 19th century included Michael, William, and James Derharn who settled in Philadelphia in 1849. B Derharn, who arrived in San Francisco, California in 1850. 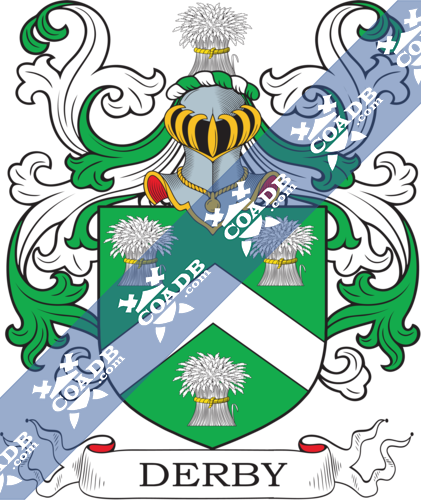 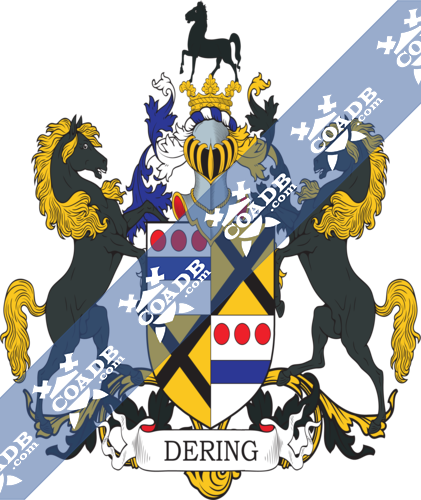