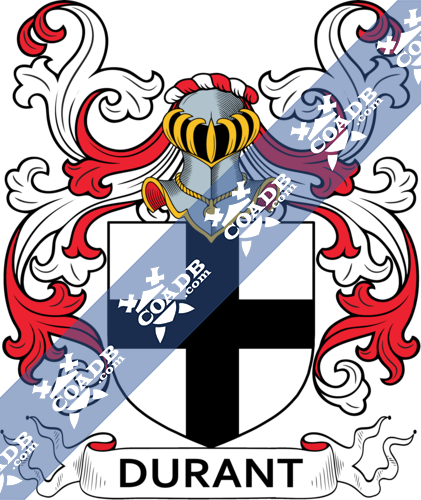 The English surname has its origins in the medieval French personal name “Durant” which translates to enduring, which is a derivative of the Latin “durus” which means hard or firm. As such, it would be considered patronymic. The name is thought to have migrated to the British Isles after the Norman Invasion in 1066.

The first recording of the surname appears in the Westmoreland tax records dated 1196. These rolls, were a series of census and tax records kept by the English Treasury by order of King Richard I, with the oldest dating back to the 12th century. They hold the distinction of being the oldest consecutive set of records detailing English governance in the United Kingdom. These records span a period of over 700 years

There often exists variations in spelling of many surnames, as with many given names which date back to the early centuries. The variation in spelling of both given and surnames during this time period can be attributed to a lack of continuity regarding guidelines for spelling which was compounded by the diversity of languages in use in European countries at this time. The variations in the spelling of the surname include but not limited to; Durant; Durand; Durrand; and Durrant among others.

One of the first recorded immigrants to America bearing the surname or any variation of the spelling was William Durant who arrived in 1648 and settled in Maryland and Jo Durant landed and settled in Virginia in 1650.

There are many persons of note who bear the surname Durant such as, American born, William C. Durant who was a pioneer in the United States automobile industry.

Durant along with Frederic L. Smith founded General Motors, he co-founded Chevrolet with Louis Chevrolet, and interdependently founded Frigidaire. Durant also created United Motors Company, a conglomerate of parts and component manufacturers which included such companies as; Dayton Engineering Laboratories (later renamed Delco Electronics), Harrison Radiator Corporation, and Perlman Rim among others. Durant went on to sell United Motor Company to General Motors which would become one of the largest auto manufactures in the world.

In 1996, Durant was entered into the Junior Achievement U.S. Business Hall of Fame. Durant Park in Lansing, Michigan and Waterford Durant High School in Waterford, Michigan are both named in his honor.

1) (co. Cornwall). Ar. a cross sa.
2) (co. Derby; granted June, 1606). Sa. a cross crosslet erm. a crescent or, for diff. Crest—A boar ar. bristled, armed, and unguled, or, pierced in the side with a broken spear ppr. vulned gu.
3) (Sharpham, co. Devon). Motto—Beati qui durant. Sa. a cross crosslet engr. betw. four annulets or. Crest—A boar bendy of six or and sa. pierced through the back by a sword in bend sinister ppr. and resting the dexter foot upon a cross crosslet gu.
4) (co. Oxford). Sa. a cross potent erm.
5) (co. Middlesex). Sa. a cross crosslet ar. Crest—A dragon pass. gu. holding in the dexter claw a sword erect ar. point bloody, hilt and pommel or, on the blade a ducal coronet of the last.
6) (Barndon, co. Rutland). Sa. a cross pattee erm.
7) (co. Rutland). Sa. a cross flory erm.
8) Vaire en point ar. and az.
9) Per saltire or and erm. a cross patonce gu. Crest—Out of a ducal coronet or, a greyhound’s head sa. charged on the neck with an estoile of the first.
10) Ar. a chev. az. betw. three buglehorns sa.
11) (co. Hants. Her. Visit. 1634). (Long Castle, Salop). Sa. a fesse dancettee ar. in chief three fleurs-de-lis of the last. Crest—A fleur-de-lis ar. 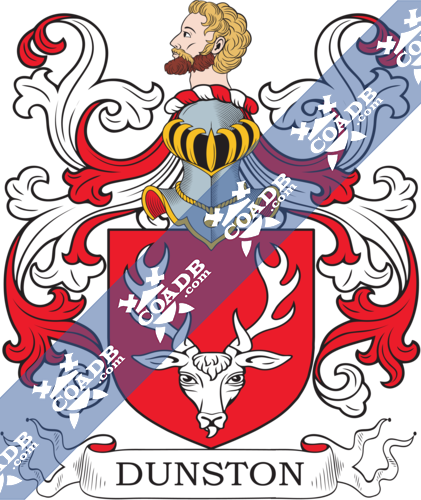 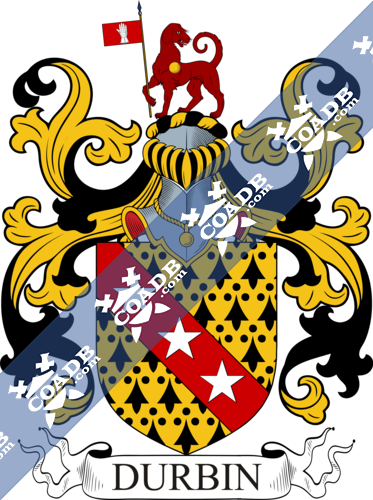