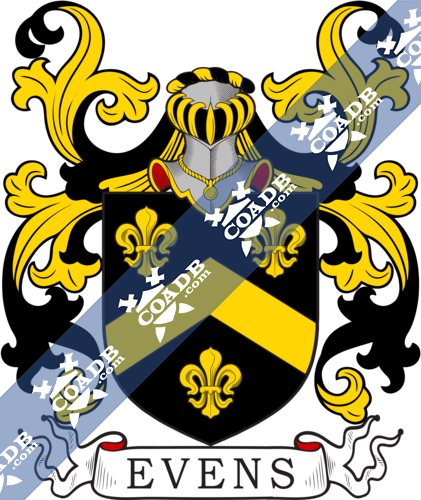 This unusual surname, of old Welsh origin. It is a nickname form of the Welsh male given name Ifan or Evan, itself coming from “Iohannes” through the common “Iovannes,” the Latin forms of John. The surname John has enjoyed great popularity in Europe all over the Christian period, being given in respect of St. John the Baptist, St. John the Evangelist, or the nearly one thousand other Holy persons of the name. The real derivation is from the Hebrew name “Yochanan” which means “Jehovah has blessed (me with a son)” or “may Jehovah bless this child.” The surname Evans combines in the first part of the 16th Century, and in the new era takes the forms as Evans, Evens, Evins, Evance, Ifans, Ivings and Heavans. The name is well recorded in the “Document of National Biography” with over fifty entries, one of the most remarkable being Mary Ann Evans (1819 – 1880), who under the name of George Eliot, wrote “Silas Marner” and “Middlemarch,” and many other famous works. William Evans, at the age of 23 yrs., who shifted from London on the ship “America” obligated for Virginia in July 1635, was one of the oldest recorded name ancestors to settle in the New World.

The origins of the surname Evens found in Herefordshire where people held a family seat from early times. Some say better before the success of Normans and the entrance of Duke William at Hastings 1066 A.D.

The very first recording spelling of the family was shown to be that of John Yevans, dated about 1533, in the “Records of Monmathshire”. It was during the time of King Henry V111, who was known to be the “Bluff King Hal”, dated 1509-1547. The origin of surnames during this period became a necessity with the introduction of personal taxation. It came to be known as Poll Tax in England.

Many of the people with surname Evens had moved to Ireland during the 17th century.

Individuals with the surname Evens settled in the United States in three different centuries respectively in the 17th, 18th, and 19th. Some of the individuals with the name Evens landed in the United States in the 17th century included John Evens arrived in Virginia in 1619. Magdalan Evens, who came to Maryland in 1649-1652. Franc Evens, who landed in Maryland in 1661.

The following century saw many more Evens surnames come. Some of the population with the surname Evens who arrived in the United States in the 19th century included Jacob Evens landed in America in 1806. Ezekiel Evens and George Evens, both arrived in New York in the same year 1812. 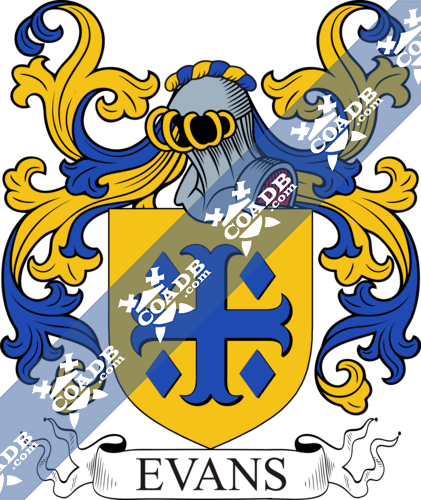