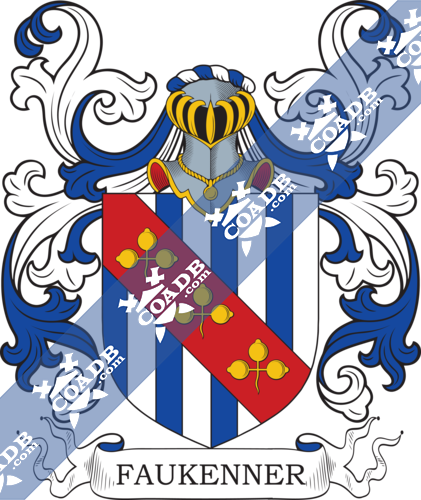 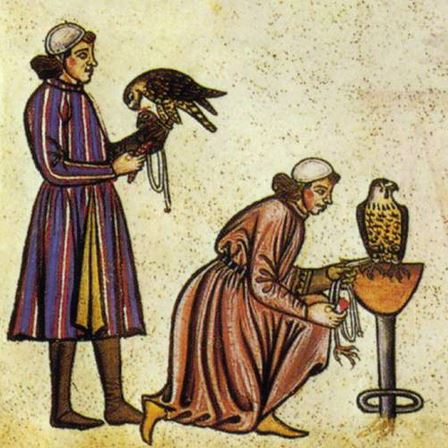 The last name Faulkner is an English occupational name denoting a person who kept or trained falcons, a common feudal service during medieval times and the Middle Ages. The sport of falconry was very popular about the European aristocracy and upper class, and most great houses employed a falconer. An alternative theory is the surname is a metonymic occupational name for a person who operated a siege fun known as a falcon. It derives from the Old French word falconnier.

It is said the family first established itself in Angus, Scotland where a man named Gulieilmus Auceps (William The Falconer) was granted the lands of Marington or Maryton c. 1200 AD. The family was also present early on in Galway, Ireland. Falkner is also a German name with the same meaning. Two of the earliest recorded bearers in Germany were Johan Velkener (Lubeck 1318 AD) and Herman Velekner (Kassel 1399 AD).

Early Bearers of the Faulkner Surname
The first known bearers of this surname was Henry Falkenar who was recorded in the Curia Regis Rolls of Wiltshire in 1194 AD. Henry le Fauconer came to Yorkshire in 1219 AD. The Hundred Rolls of 1273 AD, a census of Wales and England, known in Latin as Rotuli Hundredorum lists two bearers of this surname: Richard le Fauconer and Walter le Fauconer, both in Huntingdonshire. Robert le Fauekener or Fauconer of Kircardyn en Miernes, Scotland, was documented in 1296 AD as rendering homage to King Edward I of England. Two bearers were recorded in Somerset in 1327 AD: John le Fauconer and John Fauconner. The Poll Tax Rolls of Yorkshire in 1379 AD also list one bearer: Geoffrey Fauconer.

Baronet Falkiner
The Falkiner genealogy of this branch of the Falkiner family tree begins with Michael Falkiner of Brigart, Leeds, and Yorkshire, son of William Falinker, grandson of John Falkiner, who settled in Ireland around the year 1651. In 1639, he married Susan, daughter of Christopher Jackson of Hunslet and had issue with her as follows: Michael (married Mary Waight and had issue including Michael and Daniel), 2) Daniel, and 3) Richard (ancestor of the Falkiners of Mount Falcon). The second son, Daniel Falkiner, of Dublin, Ireland, was born in 1641. He married a woman named Rebecca and had issue with her as follows: 1) John (of Nangor, High Sheriff 1721, married Mary Budden, had two sons and three daughters), 2) Daniel (Lord Mayor of Dublin, Member of Parliament for Baltinglass, married Sarah Spence, had a daughter named Lucinda and a son named Frederick of Abbotstown, Frederick had issue named Daniel, Revered John, Anne, and Frances), 3) Caleb, and 4) Hannah (married Trial Trevors). His third son, Caleb, was a merchant of Cork, who in 1707, married Ruth, daughter of Edward Riggs of Riggsdale, and had issue with her: a son named Riggs and a daughter named Elizabeth who married Elis Herttick of Shipool.  Sir Riggs Falkiner, 1st Baronet, of Anne Mount, county Cork, Ireland, was a Member of Parliament for Clonakilty and Castlemartyr. He was created a Baronet in 1778. Sir Riggs first married Mary, sister of Samuel Barker, and had issue as follows: 1) Caleb (married Lydia Browne, had issue named Isabella and Mary), 2) Sir Samuel (2nd Baronet), 3) Ruth (married Francis Chute), 4) Elizabeth (married Attiwell Wood), 5) Mary (married Thomas Parsons of Pembroke), 6) Samia (married Reverend George Warner), and 7) Sarah Anne (married 2nd Baron Ventry). 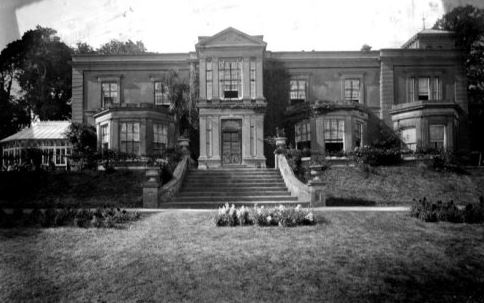 Falkiner of Mount Falcon
The lineage or ancestry of this branch of the family begins with Michael Falkiner, of Brigart, Leeds, and Yorkshire, who in 1639, married Susan, daughter of Chrisopher Jackson of Hunslet. They had the following issue together: Michael, Daniel (of Dublin, see Baronet Falkiner), John, Richard (discussed below), Sussanna (married William Booker), and Hannah (married Mr. Wymersley). Their youngest son, Richard Falkiner, was born in Dublin, Ireland in 1655. In 1653, he married Mary Mason, and had issue with her: Richard and Ruth (married Thomas Corker). He was succeeded by his son, Richard Falkiner, was born in 1655 in Dublin and built Mount Falcon in 1720. In 1720, he married Maria, daughter of Daniel Rogers of Ballynavin, and had issue with her as follows: Richard (his heir), Daniel (married Catherine Frend, had issue), Thomas (married Mary Woodward), Mary (married Samuel Barry of Ballycreggam), and Charlotte (married John Bayly). The eldest son, Richard, of Mount Falcon, county Tipperary, was born in 1721 and was a Barrister-at-Law. He married Mary Anne Smart and had four sons and three daughters with her as follows: Richard (discussed below), Thomas (Captain in the Army), John, and Frederick (of Congor, Clerk of the Crown for co. Tipperary, King’s County, High Sheriff 1752, had daughter named Judith), Ruth (married Thomas Stoney of Arran Hill and Portland, had issue), Mary, and Charlotte. 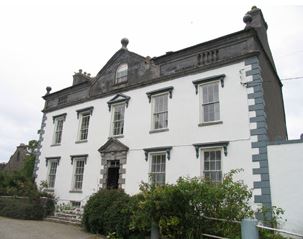 4) Sir Arthur Brooke (Knight, of Evington, Cheltenham, physician to the Duke of Sussex, married Anne, daughter of Donald McLeod Esq. of Lewes), and 5) Catherine (married Captain William Martin of the 9th dragoons). The eldest son, Henry Faulkner Esq. of Castletown, was a High Sheriff in Carlow and a Deputy Lieutenant, who married Grace Anna, daughter of Sir Charles Burton, Baronet of Pollerton, and lady married Charlotte, daughter of John Snow Esq. of Summer Hill. However, he died without posterity in 1845, whereupon he was succeeded by his nephew, Hugh. Hugh Faulkner was an Esquire of Castletown, Justice of the Peace, Deputy Lieutenant, and High Sheriff who was born in 1802. In 1837, he married Jane Mary Frances, daughter of Bolton Waller Esq. of Shannon Grove in Limerick, and had issue with her as follows: Henry, Bolton Waller, Arthur Brooke, Anne McLeod, and Elizabeth Charlotte. The family coat of arms is blazoned in heraldry as follows: Azure, a falcon, rising, argent, covered with a ducal crown, or, and charged in the breast with a man’s heart, gules, between two estoiles, in chief, and a trefoil, in base of the third. Crest: On a mount, vert, an angel in praying posture, or, within an orle of laurel, proper. Motto: Vive ut vias. The family was seated at Castletown, county Carlow, Ireland. 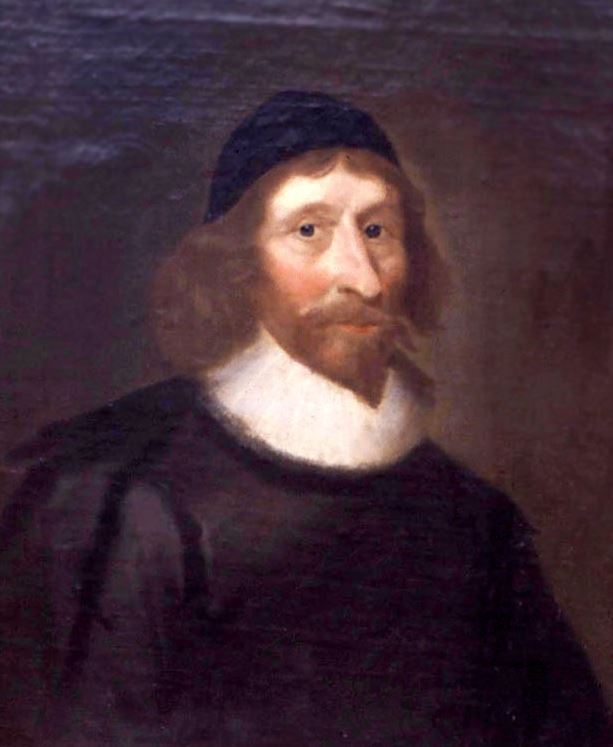 The title Lord Falconer of Halkerton was created in the peerage of Scotland in 1646, for Sir Alexander Falconer (1595-1671), Lord of Session,a Scottish judge. King Charles I granted Sir Alexander a yearly pension of £200 with the title, for his ability, integrity, and affection for administration of Justice. He was the son of Sir Alexander Halconer of Halkerotoun and Agnes, daughter of Sir David Carnegie of Colluthie). The genealogical lineage from him is as follows: 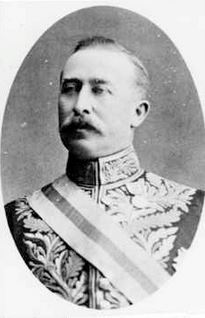 According to Wikipedia, “With the death of Arthur George Keith-Falconer, 12th Lord of Halkerton, the title went dormant….Peter Serrel Falconer (died 2003), an architect, was the presumed heir to the feudal barony (1206) and Lordship (1646) of Halkerton, and had three sons (Thomas, Richard and William), but did not pursue the claim. Other possible claimants included a West Indian civil servant, an Anglican Vicar  and a Texan truck driver”.

Faulkner from to East Essex, England to Massachusetts
John Faulkner was born in East Sussex, England c. 1517 AD. He married a woman named Elizabeth and had a son with her named Thomas. Thomas was born c. 1540. He married Elizabeth, daughter of Henry Hatfield, and had a son with her named Richard. Richard Faulkner was born in Kingsclere, Hampshire, England c. 1560. He married a woman named Sarah and had a son with her named Richard. This son, Richard Faulkner was born in Kingsclere, England c. 1590. He married Joan Maidunk and had a son with her named Edmund. Edmund was born in England c. 1625. He came to colonial America and married Dorothy Robinson. Geni.com states the following about Edward: “Edmond Faulkner (1412), the high-born father of Francis Faulkner, received 200 pounds in 1662 as a bequest from his brother “Francis Fawconer of Kingscleare Hants, gent.” By that time, Edmond had already settled in Andover, MA, where he was licensed to sell wine in 1648. He may have assisted Mr. Woodbridge in buying the land on which Andover was built, paying 6 pounds and a coat for it to Cutshamache, who was called the sagamore (chief) of Massachusetts. In truth, not only was Cutshamache not the supreme Indian ruler of Massachusetts, he didn’t even have enough authority to sell Andover. On April 19, 1676, Indians attacked the town, burning Edmond’s house, leaving some settlers dead and taking others prisoner. Many attacks followed. Numerous settlers lost their lives in the the last assault on Andover on March 5, 1698, including Hanna, Edmond’s daughter”. He had issue named Francis, Mary, John, and Hannah. His sons are discussed as follows:
1) Francis Faulkner was born in Andover, Massachusetts c. 1651. He married Abigail, daughter of Reverend Francis Dane. Abigail was convicted as a witch during the Salem Witch Trials in 1692 and was sentenced to death. They had the following issue: Elizabeth, Dorothy, Abigail (accused witch), John, Edmund, Ammi, Paul, Frances, and Thomas.
2) John Faulkner was born in Andover, Massachusetts in 1654. It is said he lived in Scotland at some point. He married Sarah, daughter of George Abbot Jr., and had issue with her as follows: Mary Margaret, Hannah, Thomas, George, Hester, and Ann.

Falconer/Faulkner from Scotland to New Jersey/Connecticut
Patrick Falconer or Faulkner was born in Scotland c. 1658. He went to colonial America and lived in New Jersey or Connecticut. He was a preacher. He married Hannah, daughter of William Jones, the 24th Deputy Governor of Connecticut Colony, and had issue with her as follows: Patrick II and Hannah. His son, Patrick II, was born in New Haven, Connecticut, in 1692. He married Deliverance, daughter of Thomas Cooke II, and had a son with her named Charles. Charles Faulkner was born in Guilford, Connecticut in 1731. He married twice and had issue as follows: Charles, Benoni, Hannah, and Mary.

Notables
There are hundreds of notable people with the Faulkner surname. This page will mention a handful. Famous people with this last name include:
1) Selm Alexander Faulkner (1936) is a former professional hockey player who was the first player in the NHL to be from Newfoundland and Labrador, Canada, playing between 1960-1972 for the Toronto Maple Leaders and Detroit Red Wings

2) Arthur Brian Deane Faulkner, Baron Faulkner of Downpatrick (1921-1977) who was the sixth and last Prime Minister of Northern Ireland from 1971-1972, born in Helen’s Bay, County Down
3) William Cuthbert Faulkner (1897-1962) was an American author and Noble Prize laureate born in New Albany, Mississippi, known for his novels, short stories, plays, essays, and poetry, and best known for words such as A Rose for Emily, The Reivers, A Fable, and The Sound and the Fury.
4) Thomas Faulkner (c. 1719-1785) was an English athlete in the eighteenth century, nicknamed “Long Tom”, who played cricket and was also a boxer and wrestler, said to be a man from Surrey
5) Shannon Faulkner (c. 1975) was the first woman admitted into The Citadel, a prestigious military school in South Carolina, born in Powdersville, and later went on to become an English teacher
6) Herbert Gustavus Max Faulkner (1916-2005) was an English golfer from Bexhill-on-Sea who had 19 professional wins, including the Open Championship in 1951
7) John Murray Faulkner (1952) is a former race car driver from New Zealand who raced for Toyota Team Australia, Paul Morris Motorsport, and Team Kiwi Racing
8) Jacob Alexander Falconer (1869-1928) was a congressman from Washington’s at large district who served in the US House of Representative from 1913-1915, born in Ontario, Canada
9) Richard Oliver Faulkner (1946), Baron Faulkner of Worcester was a Labor Party politician, born in Manchester, who was raised to the Peerage in 1999
10) Stephen Andrew Faulkner (1954) is a former professional football (soccer) player from Sheffield, England who plated from 1972-1980 for Sheffiled United, Stockport County, and York City

Faulkner America Revolution Veterans
There were several soldiers with the last name Faulkner who served in the Revolutionary War, including the following:
1) Private Peter Faulkner of New Jersey
2) Corporal Aaron Faulkner of Connecticut 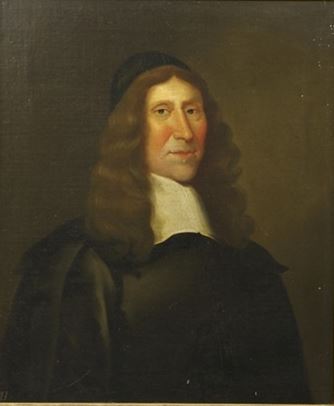 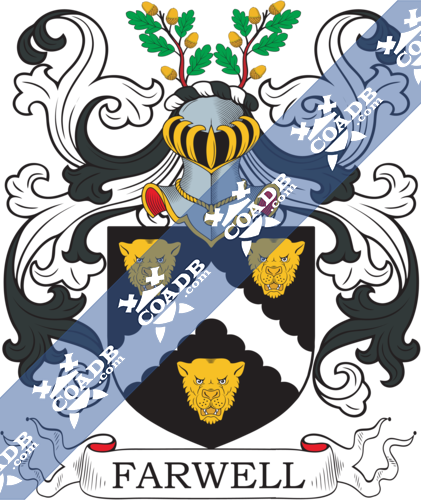 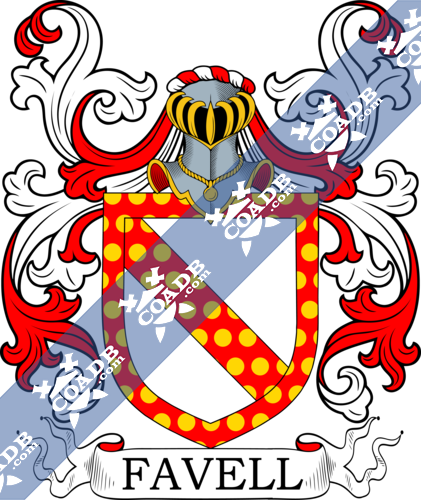