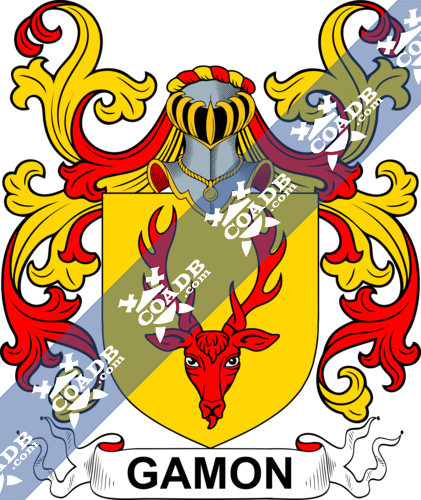 This long-established surname has two possible origins, each with its own origin and source. The first origin may be of Anglo-Saxon, from a nickname for a cheerful or sporty person, acquired from the Middle English “gamme,” which means entertainment, amusement, from the Olde English pre 7th Century “gamen.” The second origin of Gammon may be of French (a shortened form of Gambe), acquired from the Anglo-Norman French “gambon”, which means ham, itself from a nickname for a person with some characteristic of the legs or walk, from the Norman-Picard and Provencal form of the Old French “jambe” (Late Latin “gamba”, from the Greek “kampe”, which means bend, joint, knee). The first documentation is from this source, and the first documentation of the name from the Anglo-Saxon source is that of Richard Gamen, in the 1251 Feet of Fines of Essex. A sizeable group of early European surnames slightly formed from the continual use of nicknames. These were given relating to the profession, or to a type of properties, such as physical characteristics or singularities, or mental and moral qualities. An interesting name ancestor, noted in the “Dictionary of National Biography,” was James Gammon (FL. 1660 – 1670), an artist of portraits now valued for their irregularity.

The surname Gamon first appeared in Picardy (French: Picardie) in northern France, where this royal family held a family seat from old times.

The very first recording spelling of the family was shown to be that of Roger Gambun, dated about 1209, in the “Pipe Rolls of Warwickshire.” It was during the time of King John who was known to be the “Lackland,” dated 1199 – 1216. The origin of surnames during this period became a necessity with the introduction of personal taxation. It came to be known as Poll Tax in England. Surnames all over the country began to develop, with unique and shocking spelling variations of the original one.

Many of the people with surname Gamon had moved to Ireland during the 17th century.

The following century saw more Gamon surnames come. Some of the people with the name Gamon who arrived in the United States in the 19th century included Rafael Gamon, who landed in Puerto Rico in 1849. Juan De Gamon, who came to Peru in 1877.

Hannibal Gamon or Gammon (c.1582-c.1651) was an English Proper divine. He, descended from a family originally from Padstow in Cornwall, was the eldest son of Hannibal Gamon, who married Frances Galis of Windsor, and settled as a goldsmith in London. He did matric from Broadgates Hall, Oxford, in October 1599, at the age 17, where he was considered the son of a gentleman; and he took the degrees of B.A. in May 1603 and M.A. in February 1607.

John A. Gamon is an American scientist currently working in Canada. He discovered the use of the relationship between leaf xanthophyll cycle, pigment content, and phantom reflectance to improve satellite monitoring of photosynthesis. Gamon’s seminal work resulted in the development of the Photochemical Reflectance Index (PRI). 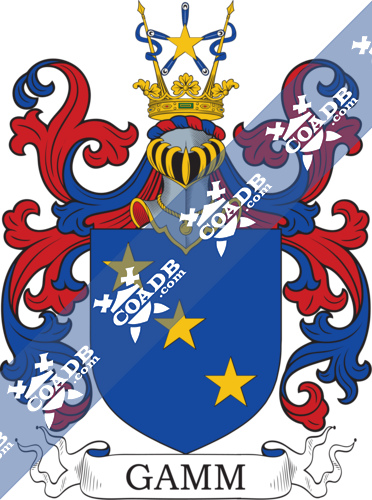 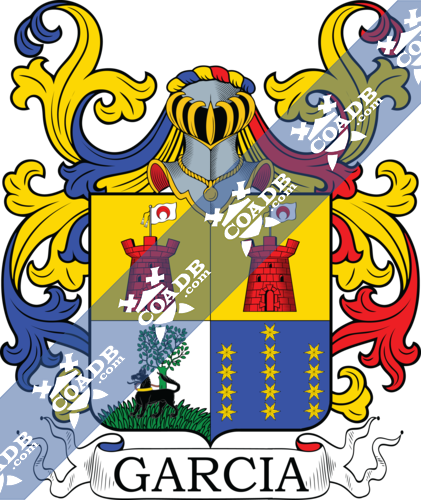