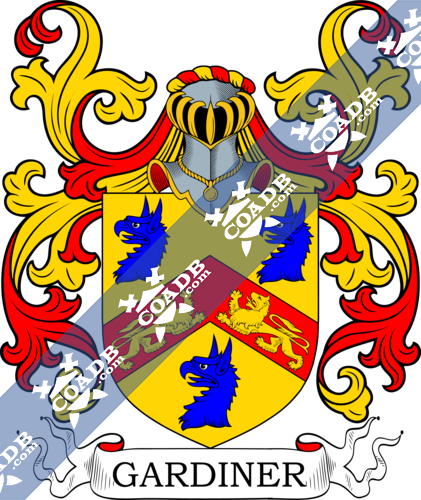 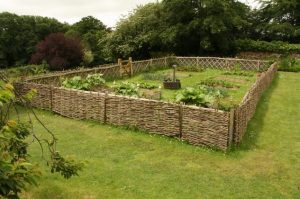 The Gardiner surname is of early medieval French origins, derived from the Old French word “gardinier”.  It is also an occupational surname that derives from the word “gardin” with a meaning of “little clearing” and the Germanic word gard, which is an enclosure cleared for agriculture.  It was introduced into England shortly after the Norman Conquest in 1066. The role of a gardener in medieval times was a person that grew medicinal herbs and fruits and vegetables and they were associated with the monasteries of the time.  In the medieval times the monastery was a house of learning where advances in farming occurred. The surname of Gardiner is one of the earliest surnames recorded in the pipe rolls of the County of Rutland in 1199 during the reign of King John (1199-1216).  Camden says, “Wise was the man that told my Lord Bishop (Stephen Gardiner, Bishop of Winchester) that his name was not Gardener as the English pronounce it, but Gardiner, with the French accent, and therefore a gentleman.” It is most characteristically found in the midland counties of England, mostly represented in Essex, Lancashire and Warwickshire Counties. 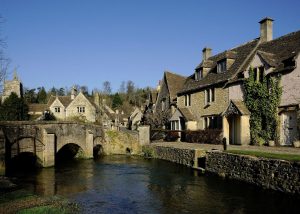 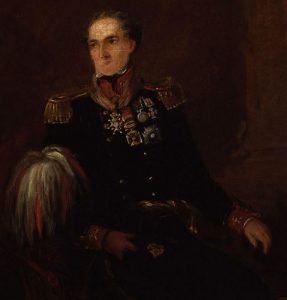 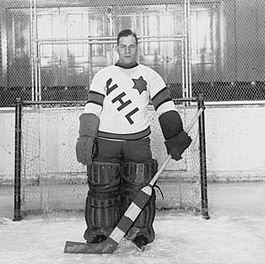 1) (Himbleton, co. Worcester; granted by Cooke, Clarenceux, 1592, to Richard Gardener, Esq., of that place). Ar. a chev. gu. betw. three pomegranates ppr. leaved vert. Crest—Out of a mural crown or, an armed arm embowed ppr. holding in the hand a flagstaff, thereon a split pennon gu. flowing to the sinister, charged with two staves in saltire, fired gold.
2) (Histon, co. Cambridge; Kokesforth, co. Norfolk; and Shrewsbury). Per fesse ar. and sa. a pale counterchanged three griffins’ heads erased of the second. Crest—A griffin’s head erased sa.
3) (Berwick-on-Tweed; granted 24 April, 1580). Sa. a chev. erm. betw. three buglehorns ar. stringed or. Crest—On a book sanguine, clasped and garnished or, a falcon volant of the last.
4) (Calais). Or, on a chev. gu. betw. three griffins’ heads erased az. two lions pass. respecting each other ar.
5) (Northall, co. Lincoln). Same Arms, the lions gold. Crest—A Turk’s head ppr. turban or and az.
6) Sa. a chev. betw. three half spades ar.
7) (Thomas Gardener, citizen of London. Visit. 1568). Quarterly, gu. and az. in the second and third quarters a griffin segreant or, holding in the dexter claw a ring gemmed of the last, over all on a bend cotised of the last a leopard’s face, holding in the mouth a round buckle betw. two fleurs-de-lis gu. Crest—A leopard pass. ar. pellettee, holding in the dexter paw a pine apple or, stalked and leaved vert. 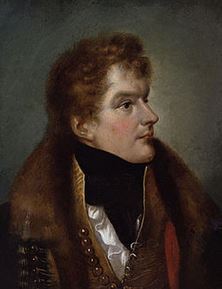 8) (Wallingham and Bishop’s Norton, co. Lincoln). Or, on a chev. gu. betw. three griffins’ heads erased az. two lions combatant ar. Crest—A Saracen’s head full faced ppr. erased at the neck gu. wreathed about the temples of the last and az. on his head a cap or.
9) (London). Per chev. ar. and purp. in chief three escallops az. in base a griffin’s head erased or, on a chief of the second a cross formee betw. two griffins’ heads erased of the first.
10) (Earl of Blessington, extinct 1829). Motto—Nil desperandum. Quarterly, 1st and 4th, or, a fesse chequy ar. and az. betw. three lions pass. sa.; 2nd and 3rd, or, a griffin pass. az. on a chief sa. three pheons’ heads ar. Crest—An eagle’s head erased betw. two wings. Supporters—Dexter, a man in complete armour garnished or, on hit cap three feathers, two ar. and one gu.; sinister, a queen in her royal vestments gu. girded az. over all a mantle purp. doubled erm. her feet bare, hair dishevelled, and ducally crowned or.
11) (Bishop of Winchester; Stephen Gardiner, appointed 1531, deprived 1550, restored 1553, d. 1556). Az. on a cross or, betw. four griffins’ heads erased ar. a cinquefoil pierced gu.
12) (Bishop of Lincoln; John Gardiner, appointed 1695, d. 1705). Or, a buck’s head cabossed gu. betw. the attires a mullet of the last.
13) (Rev. Robert Barlow Gardiner, M.A., formerly Vicar of Wadhurst, co. Sussex). Same Arms, with a canton az. thereon a mitre of the first, labelled ar. Crest—A stag’s head cabossed ppr. betw. the attires a mullet sa. pierced and pendent from a chain or. 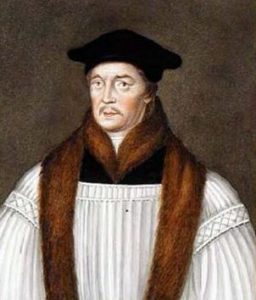 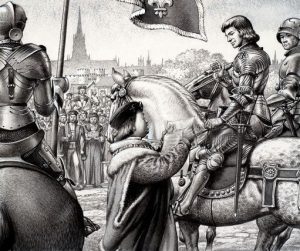 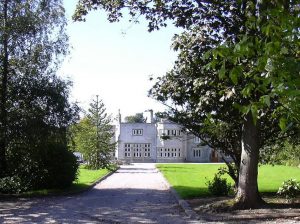 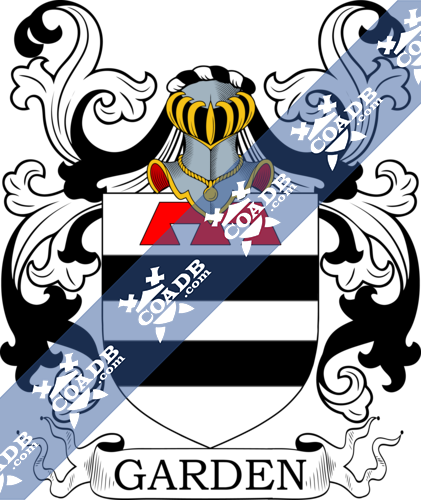 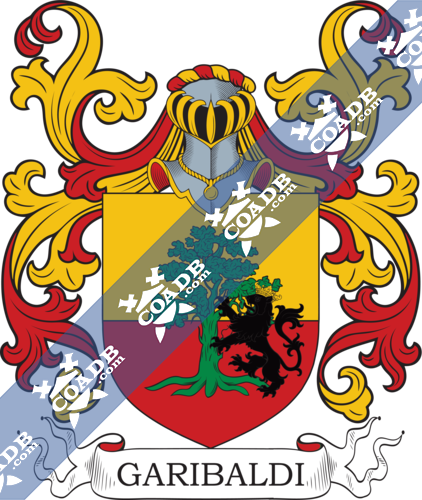