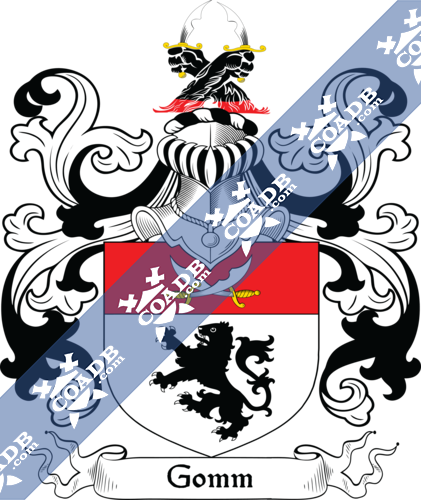 1) (Clerkenwell, co. Middleaex; granted 24 Jan. 1761). Ar. a lion ramp. sa. on a chief gu. two seaxes (i.e. Saxon swords) in saltire of the first, hilts and pommels or. Crest—Two lions’ gambs in saltire sa. erased gu. each holding a seax erect as in the arms.
2) (Field-Marshal Sir William Maynard Gomm, G.C.B). Same Arms and Crest. Supporters (granted 1859)—Dexter, an ancient warrior in armour ppr. mantle and surcoat ar. resting the exterior hand on a sword also ppr.; sinister, a female figure vested ar. holding in the dexter hand a passion cross, and in the sinister a book, both or. Motto—Per constanza e speranza. 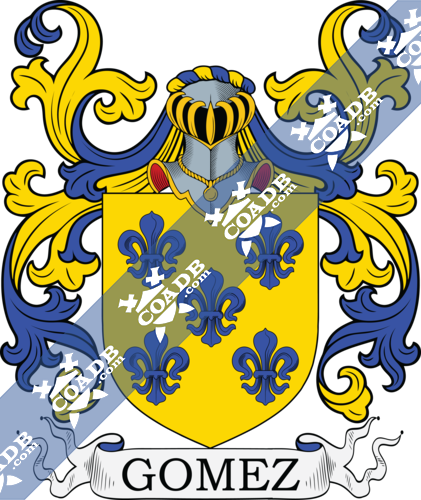 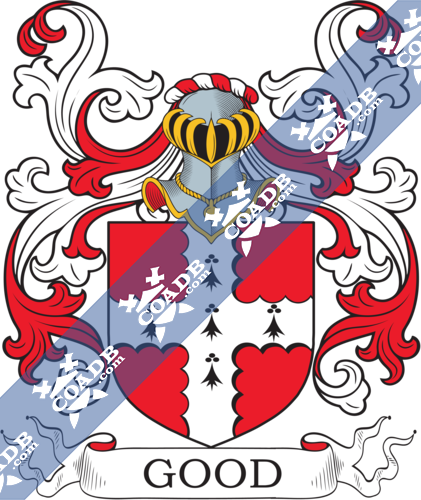