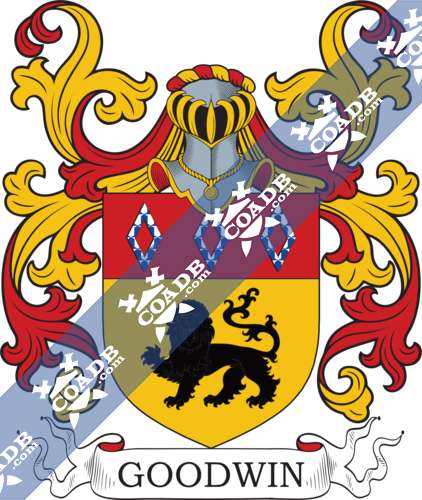 Goodwin Surname Name Meaning, Origin, History, & Etymology
This is a patronymic or baptismal last name meaning “the son of Godwin”, deriving from the medieval primarily English or Teutonic personal (first) name Godwin or Godewyn, meaning “friend of God”, deriving from the Old English words god (god) and wine (friend). The name was popularized in the Middle Ages by Godwin, the Earl of Essex, who lived in the 1000s AD and was an advisor to the father of King Harold II, known as Harold Godwinson, the last Anglo-Saxon King of England, born in Wessex. In Ireland, Godwin is synonyms for O’Dea in Connacht, for MacGoldrick in Tyrone, and MacGuigan in Derry and Tyrone. The name was first established in East Anglia, Norfolk, and Yorkshire, in England, which was later Great Britain or present day the United Kingdom in the British Isles of Europe. It is one of a few surnames that remained popular after the Norman Invasion of 1066 AD, as the Norman-French suppressed many Anglo-Saxon surnames.

Popularity & Geographic Distribution
The last name Goodwin ranks 415th in popularity in the United Status as of the 2000 Census. The name ranks particularly high in the following three states: Maine, New Hampshire, and South Carolina. The surname Goodwin frequency/commonness ranks as follows in the British Isles: England (274th), Scotland (543rd), Wales (248th), Ireland (1,169th) and Northern Ireland (754th). In England, it ranks highest in counties Derbyshire, Staffordshire, and Rutland. In Scotland, the surname ranks highest in Dunbartonshire. In Wales, it ranks highest in county Radnorshire. In Ireland, it ranks highest in Monaghan. In Northern Ireland, it ranks highest in county Fermanagh. The name is also present throughout the remainder English speaking world:  Canada (792nd), New Zealand (270th), Australia (301st), and South Africa (1,445th). The 1890 book Homes of Family Names by H.B. Guppy, states the following in regard to this surname: “The principal home of this name is in Staffordshire, and in the adjacent counties of Derby and Cheshire. Besides its home in the midlands, it has a less important centre in Kent”.

Early Bearers of the Surname
One of the first recorded instances of this last name was one Walter Goodwin, who was documented in the Pipe Rolls of county Norfolk, England in 1174 AD. In 1206 AD, William Goodswein was documented in county Lincoln, England. 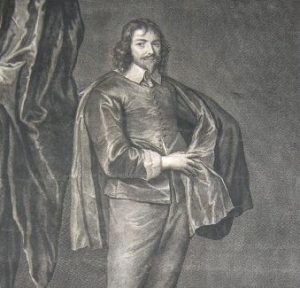 The Hundred Rolls of 1273 AD, a census of Wales and England, known in Latin as Rotuli Hundredorum lists six bearers of this surname: Lucas filius Godwin (Cambridgeshire), Alice filius Godewine (Oxfordshire), Hugh filius Godewin (Salop), William filius Godewynie (Norfolk), John Godwin (Oxfordshire), and William Godewyn (Lincolnshire). Roger Gudswen was documented in 1320 AD. William Godeswayne was documented in Worcester in 1327 AD.  The Poll Tax of Yorkshire in 1379 AD lists one bearer of this last name: Willelmus Godewyn and Johannes Godewyn. The Register of the University of Oxford lists one William Godewyn in 1448. Some early baptisms involving this surname was John, son of John Goodwyn, at St. James Clerkenwell in 1567 AD., and Elizabeth, daughter of William Goodwin, at St. Mary Magdalene, Bermondsey in 1550 AD. An early marriage involving this surname was Henry Goodwin to

The book The Surnames of Scotland by George Fraser Black states the following in regard to this surname: “Godwin, dapifer, and Godwin, camerarius of the bishop, witnessed a quitclaim by Robert, bishop of St. Andrews, 1127. Thomas Goodwyn, brother of the Hospital of St. John of Jerusalem in 1414, appears again in 1426 as Thomas Gudewyne, brother of the order of St. John of Jerusalem”.

Goodwin of Hinchleywood
The lineage or ancestry of this family begins with Thomas Gladwin, who was born around 1605 and lived in Boythorpe, county Derby, England (modern day United Kingdom). He had a son named also named Thomas, who married Helen and had issue with her inclkuding Lemuel and Henry. His son Henry Gladwin married Mary, daughter of Digby Dakeyne of Stubbing Edge, and had  four children with her as follows: Henry, John, Mary (married Benjamin Brocklehurst), and Dorothy (married Reverend Basil Beridge). His son Henry was born in 1730 and was an Esquire of Stubbing Court who served with great distinction in America and became a Major General in the army. In 1762, he married Frances, daughter of Reverend John Beridge, and had 10 children with her as follows: Charles Dakeyene (of Belmont and Stubbing, Lieutenant Colonel of the Derbyshire Militia, married Ms. Stringer, had a daughter named Frances), Frances (married Francis Goodwin of Mapleton, son of John, and had issue named Henry John, Frances, Mary Ridgeway, and Martha Elizabeth), Dorothy (married Joshua Jebb of Walton Lodge), Mary (married Baldwin Duppa Duppa of Hollingbourne House), Ann (married William Turbutt of Ogston Hall), Charlotte (married Reverend George Hutton of Sutterton), Martha, Harriet, Ellen, and Susannah. His estates went to his grandson Henry. This grandson was Reverend Henry John Goodwin of Hinchleywood, county Derby, who was born in 1803. In 1832, he married Frances Eleanora, daughter and heiress of Reverend Richard Burrow Turbutt, and had issue with her as follows: Richard Henry, Frances Isabella Turbutt (married Reverend John Launcelto Errington, son of George H. of Lexden Park), and Helen Emelia (married Arthur Finch Dawson of Barrow Hill, county Stafford, England).  His son Richard Henry Goodwin was an Esquire of Hinchleywood House, county Derby, England, a Justice of the Peace, and a Captain of the 6th Foot who was born in 1833 and educated at Harrow. The Goodwin Coat of Arms (mistakenly called the Goodwin Family Crest by those unfamiliar with heraldry and genealogy) is blazoned in heraldry as follows: Or, a fess between six lions’ heads erased gules. Crest: A griffin sejant wings expanded or. Motto: Fide et virtute. This branch of the Goodwin family tree was seated at Hinchleywood House, Ashbourne.

Other Goodwin Pedigree and Family Trees
Sir Roger de la Roche (born in Pembrokeshire, Wales in 1316 AD)
Sir John de la Roche (born in Pembrokeshire, Wales in 1342 AD)
Sir Roch Roche or Goodwin (born in Castle Bromwich, Warwickshire, England in 1378 AD)
Sir Vincent Sufleete Goodwin or Godwyn (born in Blodfield, Norfolk, England in 1385 AD)
John Goodwin (born in Blofield in 1425 AD). He married Alice Beverly and had issue with her as follows: William, Poss William, Edmond, Thomas, and William. His son William was born in Blofield around 1480. He married Margery Swane and had issue with her as follows: John, William Jr., Roger, and John. His son John “The Elder” Goodwin was born in England in 1510. He married Alice Agnes and had the following issue with her: Ciceley (Cook), Thomas, John, Franics, Myles, Elizabeth, Edmund, James, and Joan. His son Francis was born in Hemblington, Nornworth, England in 1544. He married Katherine (surname not known) and Joan Lynes. He had numerous children as follows: John, Susan, Thomas, Mary, Margaret (Page), Susan, Sampson, John, James, Mary, Sadie, Francis, Elizabeth, Peter, and Elias. His son John was born in Ranworth, Engloand in 1570 and he married twice: Elizabeth Kypping and Bridget Beckyt. 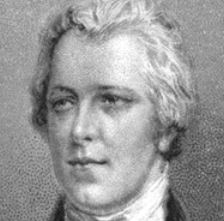 William Goodwin was born in North Burlingham, Norfolk, England in 1490. He married a woman named Margery and had a son with her named Richard. This Richard was born in the same town in 1509. He married a woman named Thomasine and had three issue with her: Alice, Ann, and John. His son John was born in Northy Berlyngham, England in 1555. He married Elizabeth Woodgate and had a son with her named Daniel. This Daniel Goodwin Sr. was born in Suffolk, England in 1600 and he married Dorothy Chapman (Barker) and fathered four sons with her as follows: Richard, Edmund, Daniel Jr. and Stephen. His son Daniel Jr. was born in East Bergholt, England in 1620 and he went to colonial America, arriving in Virginia, and married Margaret Spencer in Maine in 1653 and later Sarah Saunders in Berwick, Maine in 1694. He had the following issue: David, Adam, James, Patience (Stone), Daniel, William, Moses, Thomas Sr., Elizabeth (Hubbard), and Sarah (Barron).  His sons had issue:

Other early settlers in colonial America bearing this surname include Edwin Goodwin (Maryland 1731) and Catherine Goodwin (1770). In Australia, one of the earliest bearers of this last name was William Goodwin, a convict from Kent, England who came aboard the Almorah in 1817 and settled in New South Wales, which was then a penal colony. A one Edward Goodwin, a carpenter by trade, came to Van Diemen’s Land (modern day Tasmania) around 1830. In New Zealand, a family of this surname came to Port Nicholson in 1841 aboard the Slains Castle, the husband being Henry Goodwin, a stock keeper by trade, age 49 and the wife being Elizabeth, age 43. They brought the their children with them as well including James, Jane, and George, all under the age of 17. 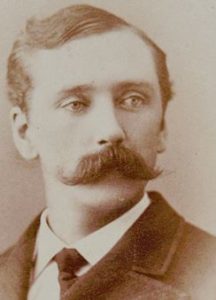 Grantees
We have 23 coats of arms for the Goodwin surname depicted here. These 23 blazons are from Bernard Burke’s book The General Armory of England, Scotland, Ireland, and Wales, which was published in 1848. The bottom of this page contains the blazons, and in many instances contains some historical, geographical, and genealogical about where coat of arms was found and who bore it. People with this last name that bore an Goodwin Coat of Arms (or mistakenly called the Goodwin Family Crest) include:
1) John Goodwin of count Bucks, confirmed 1550 or 1559
2) John Goodwin of Surrey, England, 1565 or 1566
3) John Goodwin of E.  Grinsted, Surrey, Esquire, confirmed  12 November 1597 by Camden
4) Robert Godwyn of Portisberry, Somerset, crest 10 May 1553 by Hawley
5) Thomas Godwin of London, confirmed 1556
6) Thomas Goodwin of London by G. Dethick
7) William Goodwyn of Bucking, Salop or Essex, coat and crest, Barker’s Grants
8) William Goodwyn of Wells, Somerset, England (modern day United Kingdom), gentleman, granted by 20 February around 1554 by G. Dethick 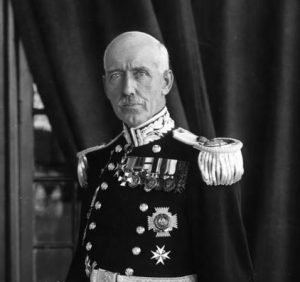 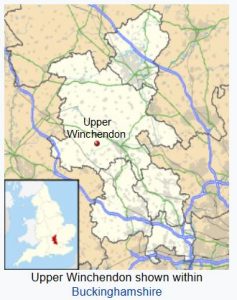 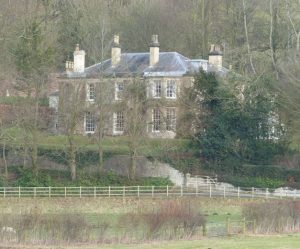 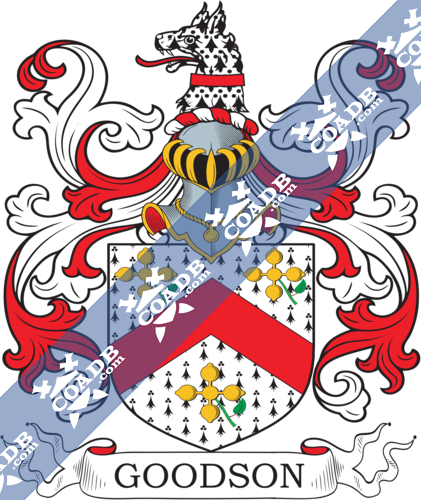 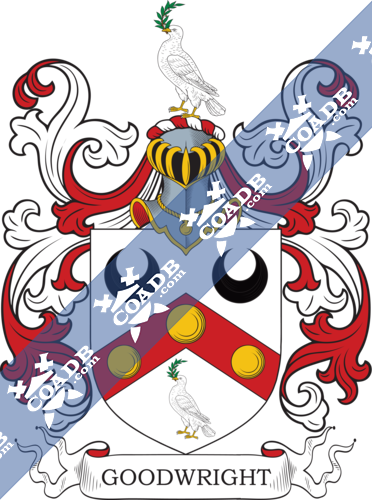