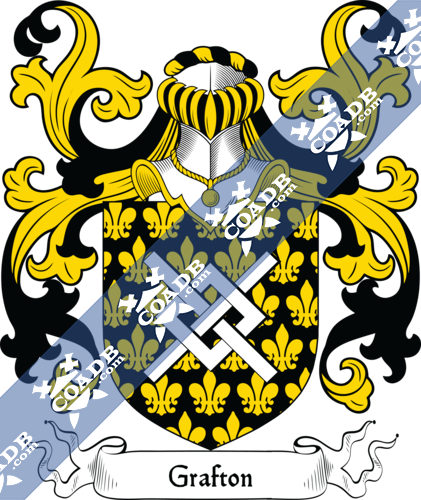 1) (Shrewsbury, Little Missenden, co. Bucks, co. Chester, and London). Per saltire sa. and erm. a lion ramp. or. Crest—On the trunk of a tree couped and eradicated or, an eagle volant gold.
2) (Ralph de Grafton, of Grafton Flyford, Sheriff of Worcester, 10 Richard f., 1198). Sa. a fret ar. the field replenished with fleurs-de-lis or.
3) (Grafton Flyford, co. Worcester, and co. Stafford; Richard Grafton, of Grafton Flyford, “had many possessions in the cos. of Worcester, Stafford, and Salop.” Robert Grafton, grandson of the above, was “Bayley of ye Citty of Worcester,” temp. Edward IV.). Per saltire ea. and erm. a lion ramp, or, armed and langued gu. Crest—Same as the preceding (another, Har. MSS. 1450), on a tun lying fessways or, a falcon rising ar. supporting by the dexter claw a spear erect, the handle behind the tun.
4) (1605). Gyronny of four erm. and sa. a lion ramp. or. Crest—On a tun or barrel or, a falcon with wings expanded ar. holding in the claw a sceptre of the first.
5) Or, a chev. gu. a canton erm. 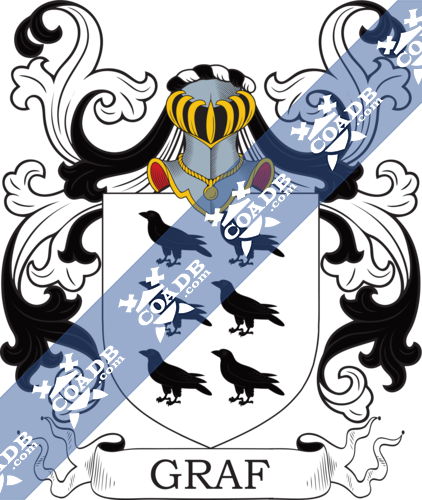 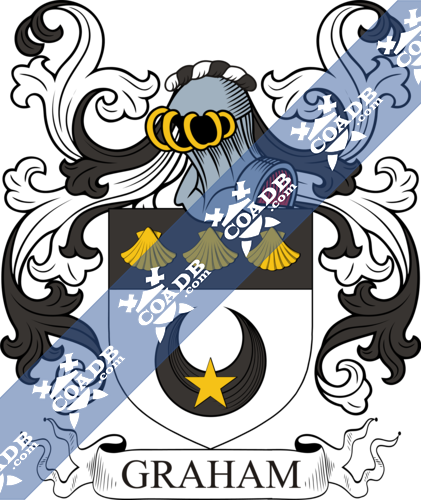