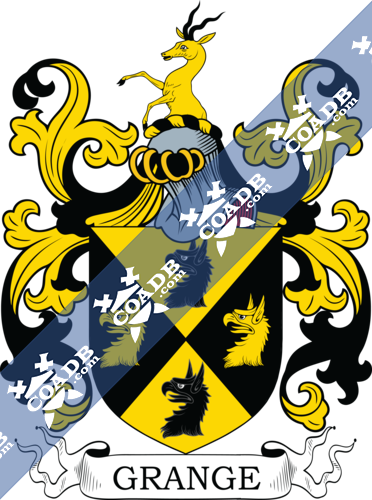 This name, with different spelling forms like Grange, Grangier, and Grancher, is of French and English geographic origin for a person who resided near a granary. The origin is from the Anglo – French “graunge” itself coming from the Olde French “Grange,” which means a granary or shelter. The surname was first noted in the second half of the 13th Century. One, Laurence atte Grange appears in the 1296 ‘Premium Rolls of Sussex” and a Johannes del Grange in the 1379 ‘Census Tax Returns Records of Yorkshire”. In October 1547, Elizabeth Graunge and Rychard Turner was married in St. Margaret’s, Westminster, and in January 1566 Grace Grainge and Paul Rytche married in London. Cristopher Grainge and Alice Gregorie, both married in St. Mary at Hill, London, in February 1592.

The origins of the surname Grange appeared in Cheshire where people held a family seat from early times. Some say better before the invasion of Normans and the entrance of Duke William at Hastings 1066 A.D.

The very first recorded spelling of the family was shown to be that of William de la Graunge, dated about 1275, in the “Hundred Rolls of Essex.” It was during the time of King Edward I, who was known to be the “The Hammer of the Scots,” dated 1272-1307. The origin of surnames during this period became a necessity with the introduction of personal taxation. It came to be known as Poll Tax in England.

Many of the people with surname Grange had moved to Ireland during the 17th century.

Individuals with the surname Grange landed in the United States in three different centuries respectively in the 17th, 18th, and 19th. Some of the people with the name Grange who arrived in the United States in the 17th century included John Grange settled in Virginia in 1635. William Grange settled in Barbados in 1654. Arnoldus DeLa Grange, who landed in Maryland in 1666-1750. John Grange, who arrived in Maryland in 1667. Matthew Grange, who landed in Pennsylvania in 1682.

The following century saw more Grange surnames arrive. Some of the people with the name Grange who arrived in the United States in the 19th century included William Grange, who landed in New York in 1830. William Grange came to Pennsylvania in 1847.

People with the surname Grange who settled in Canada in the 19th century included Thomas Grange, who arrived in Nova Scotia in 1749.

Some of the individuals with the surname Grange who landed in Australia in the 19th century included Edward Grange, an English criminal from London, who moved shipped the “Anson” in September 1843, settling in Van Diemen‘s Land, Australia. Christopher Grange arrived in Adelaide, Australia aboard the ship “Spartan” in 1849.

Harold Edward “Red” Grange, (June 1903–January 1991) was a college and professional NFL halfback for the University of Illinois, and the Chicago Bears. 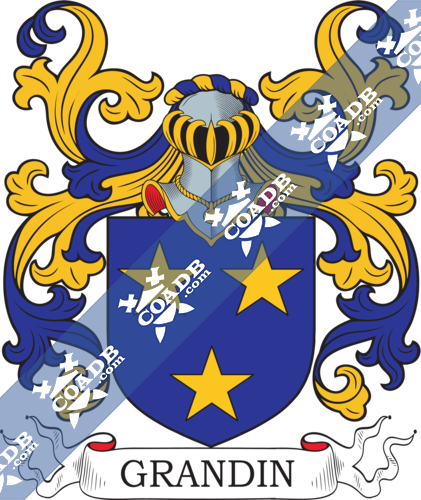 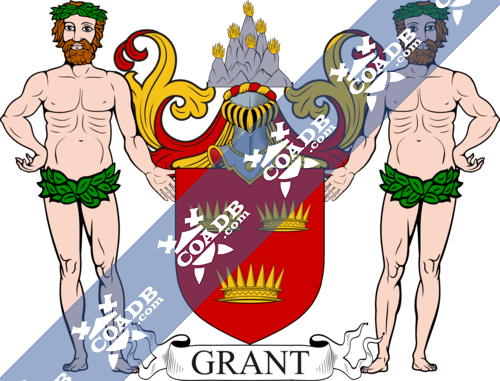