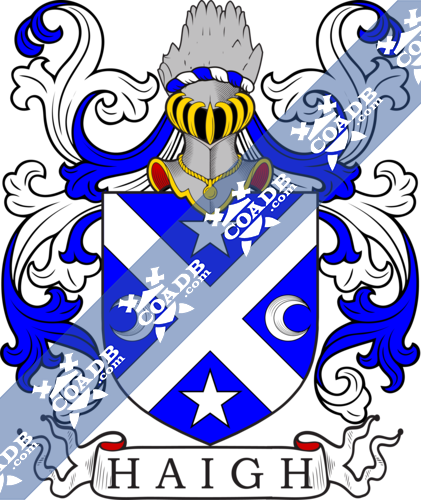 This surname is of Anglo-Saxon origin, and may be either a geographical name from a person who lived in an area bounded by something, acquiring from the Olde English pre 7th Century “haga”, which means similar, to the Old Norse “hagi”, which means Bush farmland; or geographical from Haigh in West Yorkshire, or in Lancashire. Both of these regions are listed as “Hagh” in the Premium Rolls of the respective districts, dated 1194 – 1198, and called from “haga” or hagi.” Geographical surnames were created in very old times since they provided easily identifiable names in the small regions of the Middle Ages. Geographical names were frequently provided to the king of the castle, or as a source of recognition to those who left their place of origin to shift to another place. The surname first shows on record in England in the first part of the 13th Century. Petrus del Hage, whose name appears in Scottish documents, dated 1160, was considered to have originally come from La Hague in Manche, Normandy, named from the Old Norse “hagi.” In the new style, the name spelled Haig, Hague, and Haigh, the last mentioned form being most spread widely in Yorkshire. In April 1545, Alice Haigh and William Wilson married in Halifax, Yorkshire.

The surname Haigh first appeared in Yorkshire, where Iollan de Hagh was listed in 1229. The Scottish clan resided in Bemersyde for many centuries after their entrance in Scotland.

The very first recorded spelling of the family was shown to be that of Jollan de Hagh, dated about 1222, in the “Close Rolls of Yorkshire,” It was during the time of King Henry III who was known to be the “The Frenchman,” dated 1216 – 1272. The origin of surnames during this period became a necessity with the introduction of personal taxation. It came to be known as Poll Tax in England. Surnames all over the country began to develop, with unique and shocking spelling varieties of the original one.

Many of the people with surname Haigh had moved to Ireland during the 17th century.

People with the surname Haigh who settled in Australia in the 19th century included Mary Haigh, an English prisoner from York, who was shifted aboard the “Arab” in December 1835, settling in Van

Gideon Haigh was an Australian scholar.

Jennifer Haigh was an American author.

Kenneth Haigh is an English actor.

Louise Haigh is a British Co-operative leader, representative of Parliament (MP) for Sheffield Heeley since May 2015.

Philip A. Haigh is a British professor and writer.

Notes: (Grainsby Hall. co Lincoln). Mottoes—Sola virtus invicta; and, Tyde what may. Blazon: Az. a saltire cantoned with a star in chief and in base, and with two crescents addorsed in the flanks ar. Crest—A rock ppr. 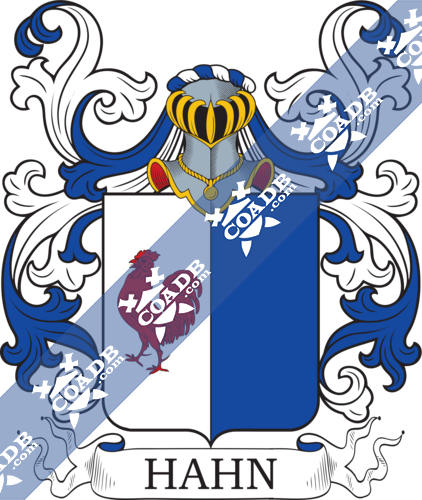 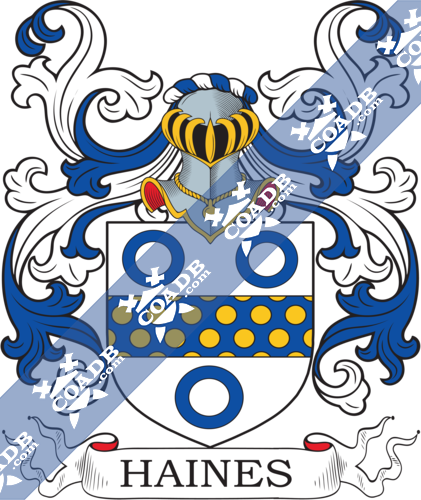