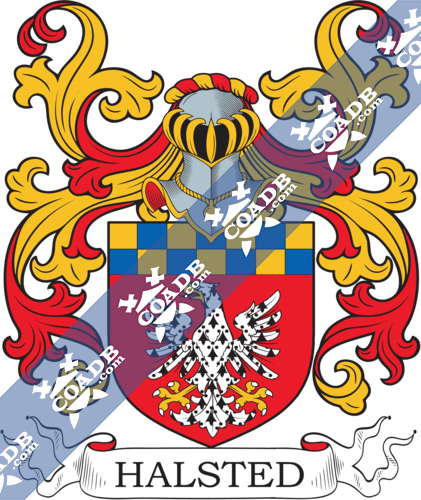 This interesting and unique name of old English origin and is a geographical name from places so called in Essex, Kent, and Leicester, and acquired from the Old English components ‘(ge)heald’, which means a shelter or place for animals, and ‘stede,’ which means a region or building. So, the whole meaning of the name is a place of shelter for animals. Halstead in Essex was first noted in the Domesday Book of 1086 as ‘Haltesteda’ in the Feet of Fines of 1202 as ‘Haudested’ and 1218 as ‘Haldstede.’ The place in Kent shows as ‘Halsted’ in the Feet of Fines of 1201 and Halstead in Leicester as ‘Elstede’ (Domesday Book of 1086). Among the Middle Ages people moving from their mother town would often pick the hamlet name as a source of recognition, so resulting in a wide distribution of the name. One Jeremy Halsted married Margaret Pickeridge in May 1591 at St. Mary le Bow, London.

The surname Halsted first appeared in Essex where a town and local church was located in Braintree County. The Domesday Book offers two listing for the place Halstead. The first noted as Haltesteda in Essex, the estate held by William de Warenne and portion of the Hundred of Hinckford. The land held two hides (land enough for two house matters) less 4 acres where 30 free men resided before the Invasion. Over in Leicestershire, the hamlet Elstede was recorded in similar relation as land held by the King, part of Allexton and was three carucates of land, less two bovates. In other words, much smaller than the Essex hamlet. To confuse things more, Halstead is a village and local church in the Sevenoaks county of Kent, but this hamlet was not noted in the Domesday Book.

The very first recording spelling of the family was shown to be that of Ralph de Halsteda, dated about 1181, in the “Poll Tax Records,” Suffolk. It was during the time of King Henry II who was known to be the “The Builder of Churches,” dated 1154-1189. The origin of surnames during this period became a necessity with the introduction of personal taxation. It came to be known as Poll Tax in England.

Many of the people with surname Halsted had moved to Ireland during the 17th century.

The following century saw many more Halsted surnames arrive. Some of the people with the name Halsted who arrived in the United States in the 19th century included J L Halsted, who landed in San Francisco, California in the year 1850.

The following century saw much more Halsted surnames arrive. People with the surname Halsted who settled in Canada in the 19th century included Thomas Halsted, who came to Canada in 1841.

Some of the individuals with the surname Halsted who landed in Australia in the 19th century included William Halsted, who was an English prisoner from Sussex, who shifted aboard the “Arab” in February 1834, settling in Van Diemen’s Land, Australia. 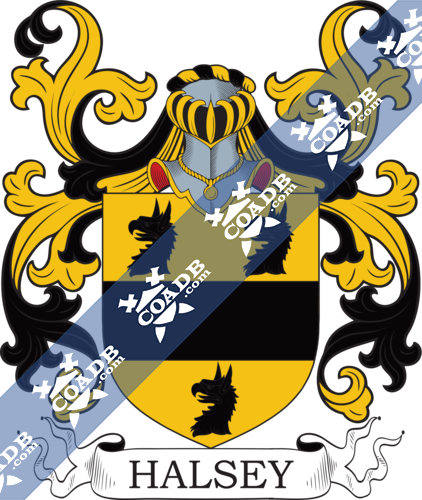 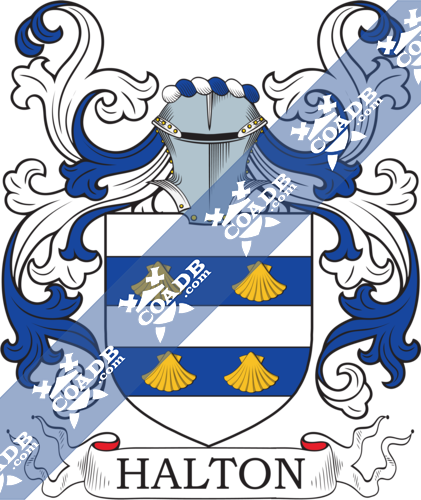