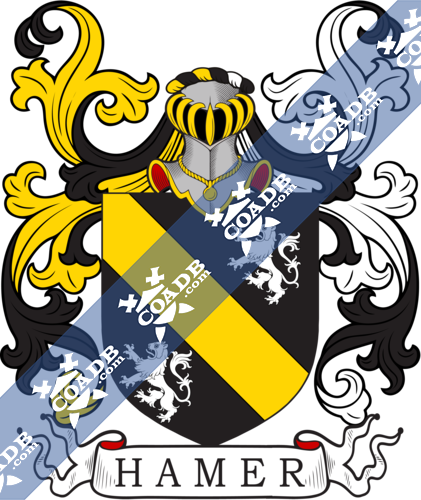 Origins of Hamer:
Listed as Hamer, Hammer, Hamor, and Hammor, this is an old English surname.  It has two possible origins.  The first is locational from the village of Hamer, near Rochdale, in the district of Lancashire.  The origin is from the Olde English pre 7th-century word “hamor” meaning a rock or crag.  Most name holders in the north of the country are from this origin. The second source is early German, Flemish or Dutch, being a metonymic professional name for a maker of hammers, or probably a user of a hammer, and acquiring from the word “hamar” meaning stone. It is clearly an example of a transferred meaning, as hammers have been made of metals since at least Roman times.  Early examples of the surname record taken from remaining rolls and records contain as John le Hammer in the pipe rolls of the division of Sussex in the year 1332, whileJohn de Heymer noted in “Baines History of Lancashire” in 1461.  Katerina Hamer married Thomas Anderson, at St. Andrew’s Enfield, in the county of Middlesex, in July 1560, and Ralph, the son of Ralph Hamer, named at St. Nicholas Acons, in the city of London, in February 1589.  Edward and James Hamer, who were Irish famine emigrants, sailed from Liverpool to New York aboard the ship “Windsor-Castle” in June 1847.   Throughout the centuries, surnames in every country have continued to “develop” often leading to astonishing variants of the original spelling.

England:
The surname Hamer first found in Lancashire where they held a family seat from very early times, some say well before the Norman Invasion and the arrival of Duke William at Hastings in 1066 AD.

Ireland:
Many of the people with surname Hamer had moved to Ireland during the 17th century. 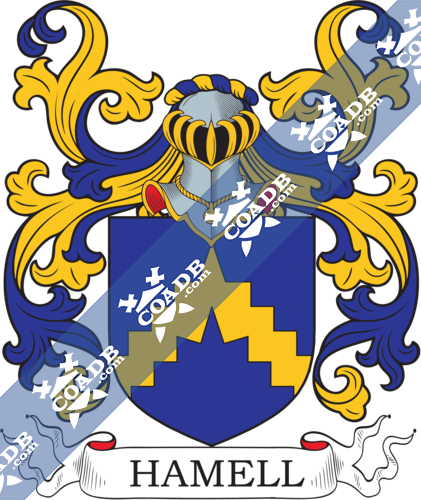 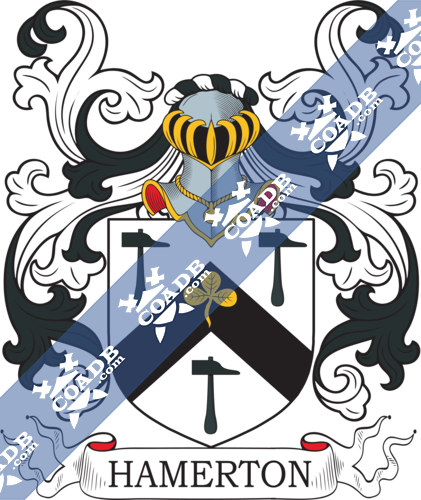